Implemented by: Institute for Development of Freedom of Information (IDFI) in cooperation with the Caucasus Research Resource Centers (CRRC) and Studio Monitor

Promoting Prosecutorial Independence through Monitoring and Engagement (PrIME) is the European Union funded initiative implemented by the Institute for Development of Freedom of Information (IDFI) in cooperation with the Caucasus Research Resource Center (CRRC) Georgia and the Studio Monitor.

PrIME aims to support the increase of an external and internal independence of the Prosecution Service of Georgia for ensuring impartiality and fairness in the Georgian prosecution and investigation systems.

Specific Objectives of the action are twofold:

2. Empower information exchange between institutions: Government of Georgia (GoG), civil society organizations (CSOs), media as well as general public so that the public is knowledgeable and aware about issues of the ongoing major reforms in Prosecution Service of Georgia.

The Action assumes a comprehensive approach, as part of which IDFI and its partners will work in four main directions: monitoring, media investigation, capacity building, and outreach and awareness.

Entire Monitoring process from the baseline survey to policy recommendations, will be aimed at increasing the accountability of PSG, and involving and informing the public about ongoing processes in the PSG, with the ultimate goal of slowly changing the culture of reforming the law enforcement system and implementing various policies without the involvement of and dialogue with the public.

Involvement of media in monitoring the implementation of Strategy and Action Plan of the PSG will be crucial for engaging the public. Investigative videos focused on high profile cases will provide clear and objective coverage of the case flow, thus informing the public and engaging the law enforcement system to work objectively and be accountable to the public. The public attention generated after publishing these videos will put pressure on specific cases and reduce possible external (political or other) influence on the process of investigation and litigation. To keep the discussion alive, the videos will be followed by focus group meetings once a year, summing up the cases presented in the investigative videos and similar high profile cases left investigated.

The content of outreach and awareness activities will majorly consist of data and challenge analysis of the monitoring and media investigation activities. Awareness will be raised in two main directions: the project and its component, and ongoing reforms and the role of PSG in a democratic society.

Capacity building for prosecutors and investigators is directly linked to the overall objective of the project. Major focus will be placed on hate crime and VAW, since crimes committed with the discriminatory motive are highly sensitive in Georgia and represent a huge problem. A study visit in one of the successful countries in tackling those crimes will be valuable for prosecutors and uninvestigated.

With the goal to improve the national capacities for better protection of human rights in Georgia, the PrIME Project aims at following results:

- More accountability of the PSG to the general public in light of monitoring reports of the Strategy of PSG, monitoring of high profile cases and expert discussions of the PSG’s actions;

- Raised interest and awareness among the general public and media about the PSG and the issues that necessitate reform;

- Increased ability of prosecutors to conduct prosecutions of hate crimes and cases of violence against women and apply precise qualifications of these crimes when relevant;

- Opened channels of dialogue between PSG and CSOs to encourage open discussion of challenges within the institution. 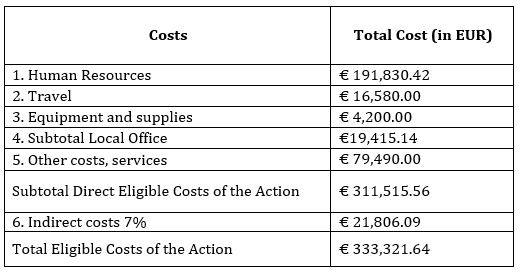