Prosecution Service on the Verge of Changes: Way to Improve Existing Challenges in the System 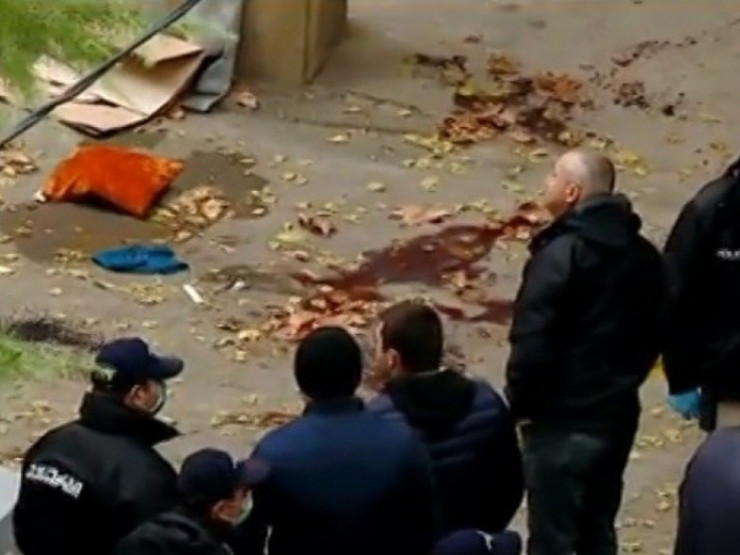 The case of Khorava street murders has yet again initiated discussions about the necessity of changes in the Georgian justice system. The recent rallies were not just a mere protest against the improper investigation of the murder of two schoolchildren, but clearly demonstrated the long-standing public dissatisfaction and mistrust towards the existing justice system, and the Prosecutor’s Office of Georgia in particular.

Yet, regardless of the Khorava street developments, the prosecution system was already pending significant institutional changes. Following the 2018 Presidential Elections, when the constitutional amendments enter into force, the Prosecutor’s Office will be separated from the Ministry of Justice and be reformed into a fully independent body. The Government of Georgia has only few weeks left to harmonize the prosecution system with the new legal framework that the constitution has laid out. The key question now is: how could the prosecutorial system be fully depoliticized and made independent in order to start rebuilding public trust?

In 2016, in a survey conducted by Transparency International Georgia and the Caucasus Resource Research Centre, 40% of respondents (who have heard about the 2015 prosecution reform) believed that the Prosecutor’s Office is not free from political influence. [1] In another survey of 2018, also conducted by TIGeorgia and CRRC, 57% of respondents stated that they believe the Prosecutor’s Office serves the interests of the ruling party. [2]

In light of these developments, the former Chief Prosecutor Irakli Shotadze resigned on May 31. [6] Shortly after, the Parliament of Georgia established an Interim Fact-Finding Commission to examine the investigation of the Khorava street murder case. [7] The case itself has been returned to the Ministry of Interior for renewed investigation. [8]

The Commission adopted its conclusion and recommendations on September 5. [9] The conclusion stated that the law enforcement system is facing critical challenges and these challenges require deep and complex set of reforms to be carried out in an urgent manner. The Commission issued 32 recommendations, one of which refers directly to the necessity of altering the existing rule of appointing the Chief Prosecutor.

After the resignation of the Chief Prosecutor, civil society organizations, including IDFI, demanded the election process to be suspended and the new Chief Prosecutor to be elected by applying the new rules. [10], [11]

In July 2018, despite the demands of the civil society and long lasting protest rallies, the Prosecutorial Council, led by the Minister of Justice, elected Shalva Tadumadze as the new Chief Prosecutor. The Parliament approved his candidacy for the next 6 years.

Now that the new Chief Prosecutor has been elected and the constitutional amendments are about to come into force, it is imperative to put all the effort into improving the current prosecutorial system so that it comes into a full compatibility with the Constitution and overcomes the existing systemic challenges.

Apart from the composition of the Prosecutorial Council, there are several question concerning the process of election of candidates for the Chief Prosecutor, including the consultation stage. The election of candidates starts with the Minister of Justice electing candidates from the academic and civil sector. [16] Interviews with candidates are held and their election process is conducted behind closed doors; according to the Rules of Procedure of the Prosecutorial Council, the sessions of the Council are closed by default. [17] Hence, it is unknown for the public the proceedings of the interviews with the candidates as well as how, or based on what, the council makes its decision when electing candidates for the Chief Prosecutor.

According to the rules of procedure, the sessions of the Prosecutorial Council are (video and audio) recorded and it is available for all interested parties. [18] Yet, this provision does not guarantee a sufficient degree of transparency of the process.[19] In order to raise public trust and level of transparency, it is necessary for the Prosecutors Service to demonstrate its proactive approach towards the issue and make the sessions public by default. Foremost, the interviewing process with the candidates has to be open to the broader public.

After the Prosecution Service is separated from the Ministry of Justice, a set of competences (mostly administrative) will need to be further delegated on to the Chief Prosecutor and the Prosecutorial Council. If such delegation of competences will take place, the concentration of power solely in the hands of the Chief Prosecutor will be avoided and it will be possible to broaden the functions and competences of the Prosecutorial Council, which is a crucial element in transforming the Council into a permanent collegial body that safeguards/ensures the autonomy, transparency and effectiveness of the entire prosecution system.

Currently, an ongoing consultation process in the Parliament about the amendments to the Law on the Prosecutor’s Service is looking into how the current system could be brought into harmonization with the new constitutional requirements.

Parallel to this, the Chief Prosecutor has announced reorganization in the Prosecutor's Office.[20] It will be interesting to see how the process unfolds together with other changes in the Prosecutor’s Office. The Prosecutor’s Office must ensure the openness of the process and the maximum involvement of civil society in order to make sure that the reorganization is aimed at improving the system, the process does not end up being a mere technicality, and that the rights of individual prosecutors and staff members are protected.

In light of the serious problems and challenges faced by the Georgian prosecution system, it is of extreme importance that the legal framework is improved ahead of the presidential election of 2018, to ensure full independence, transparency and accountability of the Prosecutor’s Office. To this end, the reforms to be carried out have to be thorough and wide in scope, answering the challenges faced not only by the prosecution system, but law enforcement and justice system as well.

Yet, improving the legal framework alone is not sufficient. The Prosecutor’s Office has to do more to restore public trust in this institution. An important first step in this direction would be for the Prosecutor’s Office and other relevant public institutions to take into account the recommendations issued by the Parliamentary Interim Fact Finding Commission.

[3] "Murder on Khorava Street: The public’s knowledge and attitudes towards the Court decision", www.emc.org.ge, 17 July 2018.

[5] "Murder on Khorava Street: The public’s knowledge and attitudes towards the Court decision", www.emc.org.ge, 17 July 2018.

[8] Investigation of high profile adolescent murder case to be taken on by MIA, www.agenda.ge, 1 June, 2018.

[9] Conclusions and Recommendation, the Interim Fact-Finding Commission on Murder of Two Youngsters at Khorava Street on December 1, 2017. Available only in Georgian.

[11] "Statement of NGOs regarding the meeting of the Prosecutorial Council"  www.transparancy.ge, 20 July, 2018.

[13] The law defines the tenure of the Chief Prosecutor at 6 years only after 2015 amendments to the Law on the Prosecution Service of Georgia. The norm has only affected former Chief Prosecutor Irakli Shotadze, who did not hold the position for the full duration of tenure.

[15] Joint Opinion by on the Draft Amendments to the Prosecutor's Office of Georgia by Venice Commission, CCPE, OSCE/ODIHR, p. p, par. 34; Coalition opinion on the Prosecution reform concept, www.transparancy.ge, 21 April, 2015.

[19] In July, during the election of the Chief Prosecutor’s candidates, member of one of the political party has demonstratively left the session of the prosecutorial council as the council has not approved his request to announce the session open for the media. Only after that has Shalva Shavgulidze removed his candidacy from the list. Read more (available only in Georgian): http://tbl.ge/30sz , www.tabula.ge, 11 July, 2018.

[20] The reorganization begins at the Chief Prosecutor's Office of Georgia, www.pog.gov.ge, 31st August 2018.