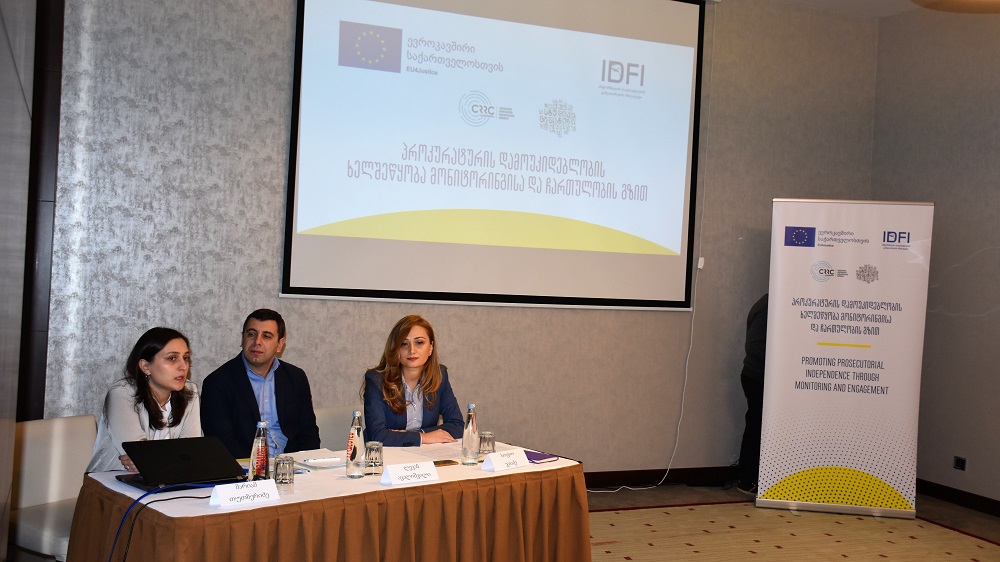 Prosecutors and investigators from various territorial authorities of the Prosecution Service of Georgia participated in the training on discrimination on the grounds of gender and sex. The event was organized by the Institute for Development of Freedom of Information (IDFI) with the support from the European Union, in cooperation with the Prosecutor’s Office of Georgia. The event was co-financed by the Open Society Georgia Foundation.

The two-day training was led by the Deputy Ombudsperson Ekaterine Skhiladze and Ekaterine Agdgomelashvili, Gender Advisor at the Women’s Initiatives Supporting Group (WISG).

According to Skhiladze, gender discrimination remains one of the main challenges for the realization of the right to equality in Georgia: “This training was of utmost importance. It covered the issues of gender discrimination, sexual harassment and femicide. One of the main goals of the training was to raise the interest of participants and engage them in active discussion, which I think was fully reached.”

Training enabled the participants to learn more about: the essence of equality and discrimination on the grounds of gender and protection measures, legislative safeguards and protection mechanisms (courts, public defender, law enforcement agencies) in this regard, sexual harassment in public and work places, main factors and their influence on the victims and society. Participants were also provided with the information about domestic violence and essence of murder of women on the ground of gender (femicide) and why the victims chose to stay with abusers.

The trainers also presented the results of various relevant research documents. Finally, the participants also heard about ethics and characteristics of working with LGBTI groups.

Shmagi Gobejishvili, Prosecutor from the Signagi Regional Prosecutor’s Office: “the Law on Elimination of All Forms of Discrimination entered into force in 2014, and the Prosecution Service and other law enforcement agencies faced a new challenge, granting relevant legal qualifications for crimes committed on discriminatory grounds. This training introduced us to international standards and legal themes, as well as practical experiences; we also discussed the specifics of gender-based crimes and the formation of proper attitude towards them. The training was interactive and participants had the opportunity to express their opinions.”

Maka Gagievi, Prosecutor at the Prosecutorial Activities Supervision and Strategic Development Department of the Chief Prosecutor’s Office of Georgia: „cooperative meetings and trainings, especially together with the NGOs, enable the Prosecutor's Office to see the challenges and shortcomings associated with the investigation and the court trial procedures of the offenses committed on discriminatory motive. The training was important for us, who deal with these kind of crimes, because we learned 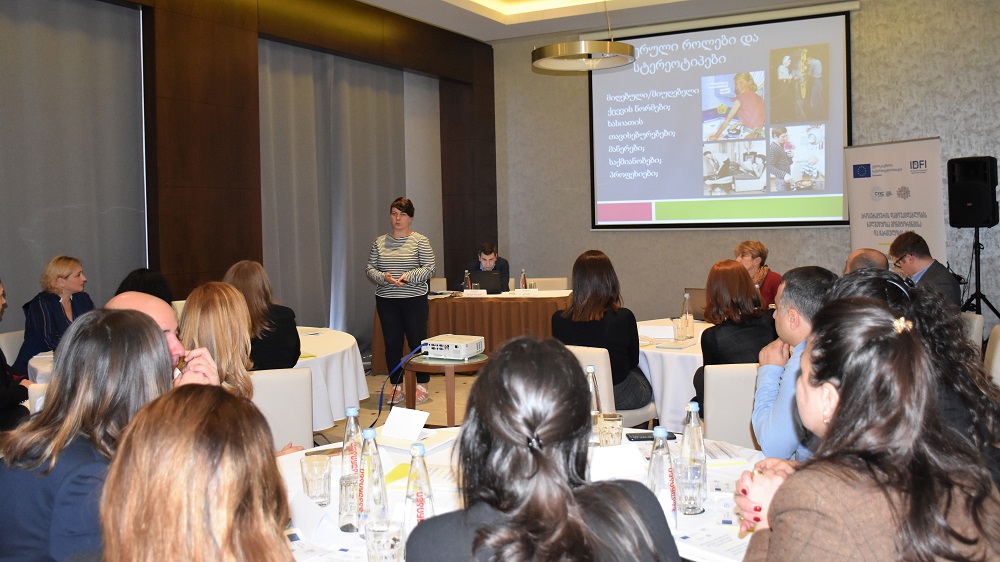 about the important aspects of discrimination on the grounds of gender and sex, including definition of terms, and the current practice and statistics  directly from the Deputy Public Defender, and the representative of organization working on these issues. For me personally, the information and knowledge received during the training will help in the process of preparation of appropriate reports and recommendations on the monitoring of criminal cases of these type.”

The training of 11-13 November is the first in a series that IDFI intends to hold with support of the European Union and in cooperation with the Prosecutor's Office of Georgia, in order to raise the capacity of prosecutors and investigators working on the hate crimes and violence against women.

Photo album of the event is available here.