Training for Prosecutors and Investigators 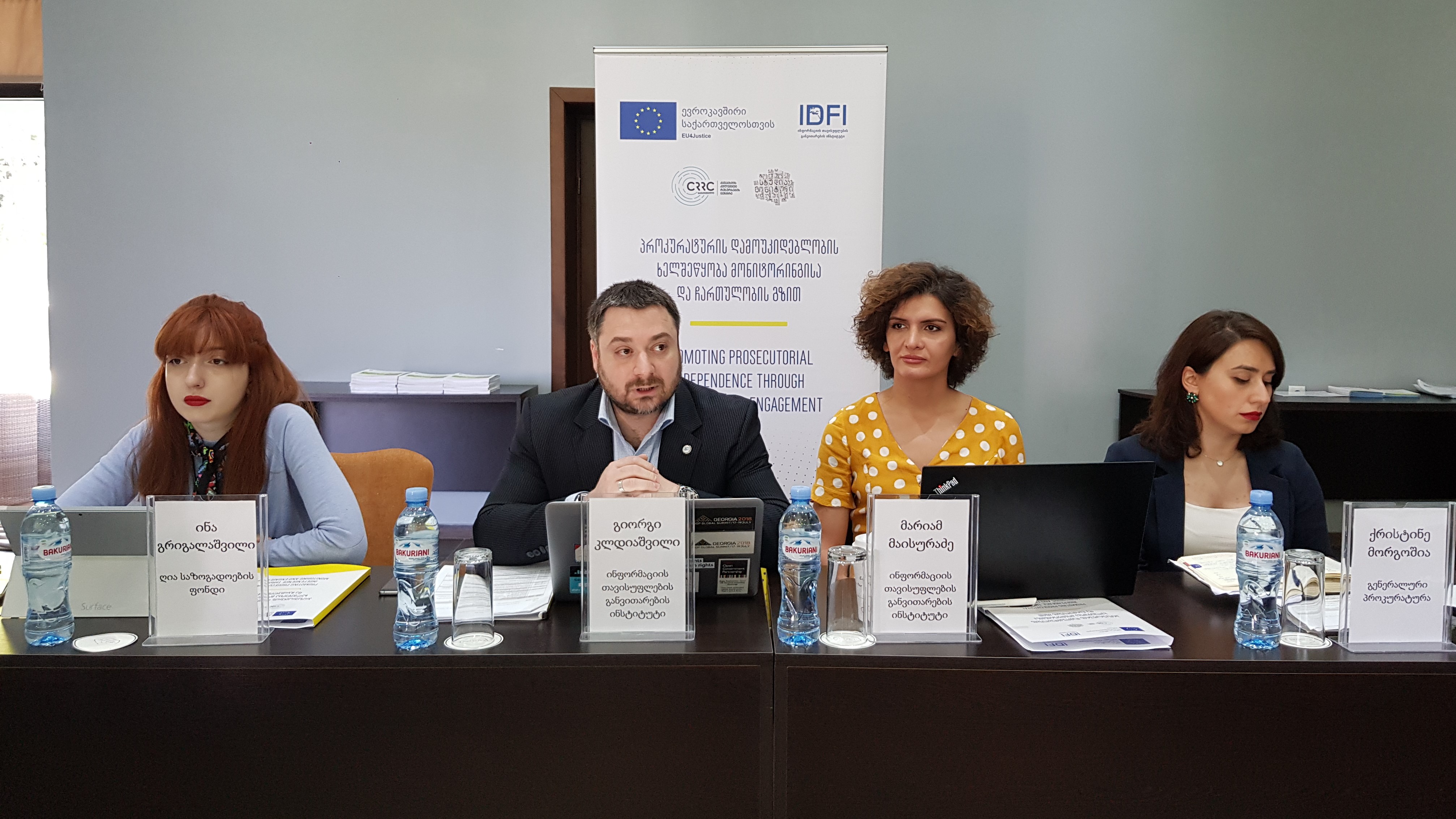 Over 20 prosecutors and investigators of the Prosecution Service of Georgia participated in the training onthe discrimination based on gender, sex, sexual orientation and gender identity held on May 6-7, 2019 outside Tbilisi. The event was organized by the Institute for Development of Freedom of Information (IDFI) with the support from the European Union, in cooperation with the Prosecutor’s Office of Georgia. The event was co-financed by the Open Society Georgia Foundation (OSGF).

„Taking into consideration the existing challenges in regard to criminal prosecution, we consider this training for prosecutors’ and investigators’ as of utmost importance. Gender sensitive approach is important for correct qualification of crime and consequently, for conducting criminal prosecution. Therefore, OSGF following its Human Rights Program priorities supports the Promoting Prosecutorial Independence through Monitoring and Engagement project that aims to increase prosecutors’ and investigators’ capacity in this regards.”- Inga GRIGALASHVILI, Human Rights Program Project Coordinator at OSGF.

“Training was very interesting. We gained additional theoretical knowledge on the prejudices connected to gender, sex, sexuality and sexual role as well as myths and stereotypes as barriers to the equality. However, the practical working approach with LGBTI groups discussed based on the Georgia’s and other countries examples was the most interesting.” – said Nana JAKELI, Prosecutor from the General Prosecutor’s Office

Kristine MORGOSHIA, Prosecutor at the Human Rights Protection Department of the General Prosecutor’s Office: “The training enabled participants to discuss the basic terminology, definitions on gender equality, sex, gender identity and sexual orientation - as a cultural and social construct. We received information regarding cultural and spiritual context of the gender and sexuality and learned about some historical facts on the role of women in the society and Government’s approaches in this regards. We had a chance to look beyond the aspects of law and analyze LGBT and misogyny issues in global context.“

Based on videos, case reviews and group discussions the participants learned more about:crimes committed in the name of "honor", femicide, stalking, domestic violence; violence committed by the intimate partner, sexual violence.Additionally, participants were provided with the information about domestic violence and homicide of women committed based on the gender of a victim (femicide) as well as the reasons for the victims to stay with abusers. In order to create a better picture regarding challenges, the trainers presented the results of various relevant research documents. Finally, the participants also heard about ethics and characteristics of working with LGBTI groups.

“Promoting Prosecutorial Independence through Monitoring and Engagement – is the first project IDFI is implementing in partnership with the General Prosecutor’s Office. The initiative includes a number of actions that tend to increase an external and 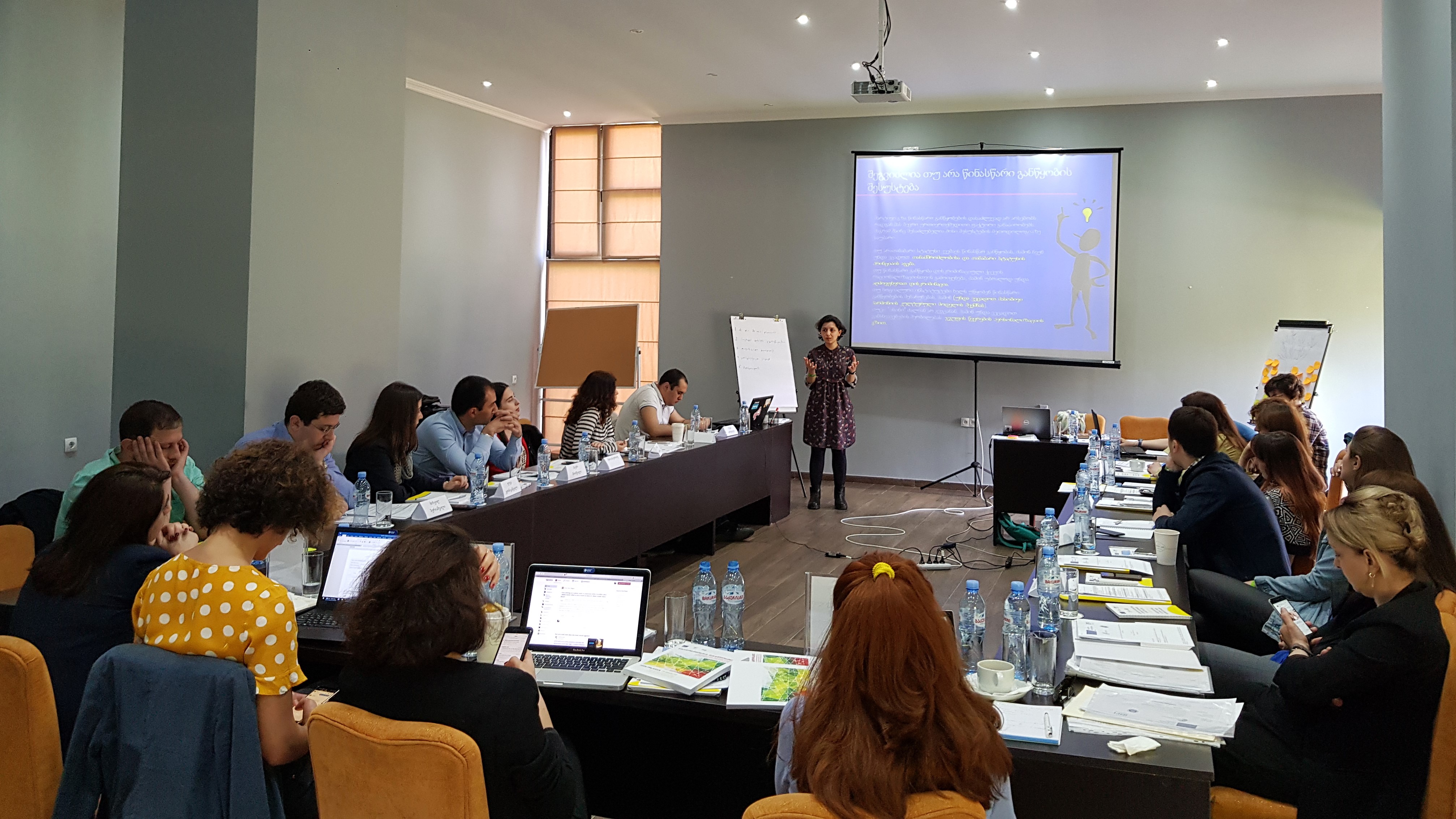 internal independence of the Prosecution Service of Georgia for ensuring impartiality and fairness in the Georgian prosecution and investigation systems.The training of 6-7 May is the third in a series that IDFI intends to hold with support of the European Union and under the co-funding from the OSGF in order to increase the capacity of prosecutors, investigators and journalists working on the hate crimes and violence against women.“ said Giorgi KKDIASHVILI, Executive Director of IDFI.