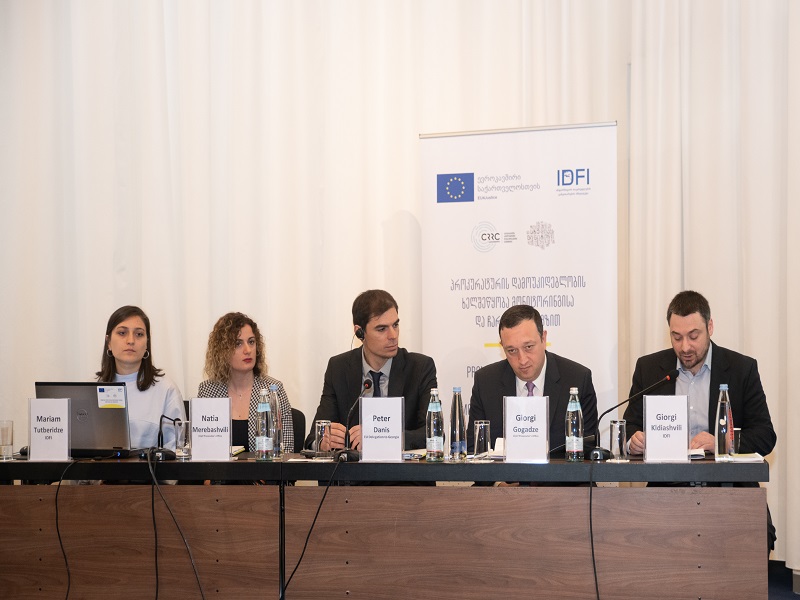 A new, two-year project supported by the European Union (EU) will increase the independence and capacity of the Prosecution Service of Georgia (PSG). It will also enhance the accountability of the PSG and empower information exchange between the government, civil society, media and public on the ongoing major reforms in the system.

The ‘Promoting Prosecutorial Independence through Monitoring and Engagement’ (PrIME) project is being implemented by the Institute for Development of Freedom of Information (IDFI) in partnership with the Caucasus Research Resource Center in Georgia (CRRC) and Studio Monitor.

During the project launch event, representatives of the government, parliament, civil society, international organizations, and media heard about the developments in the prosecution system of Georgia as part of the ongoing reform, and goals the PrIME Project will strive to achieve.

“Georgia has made significant progress in advancing the sequence of reforms across all sectors of the prosecution service. In the upcoming years, the reform package calls for further actions to enhance the quality of institutional independence and integrity, empower lower level prosecutors and actively engage them in decision-making processes, and raise citizen trust in and awareness about the justice system of Georgia,”– Giorgi Gogadze, Deputy Chief Prosecutor of Georgia.

“The European Union strongly supports Georgia’s effortsto strengthen the rule of law and human rights protection in line with its international commitments, including the Association Agreement. We are happy to see state institutions engaged actively in this action implemented together with civil society partners,” – noted Mikolaj Bekasiak, Communications Attache at the EU Delegation to Georgia. 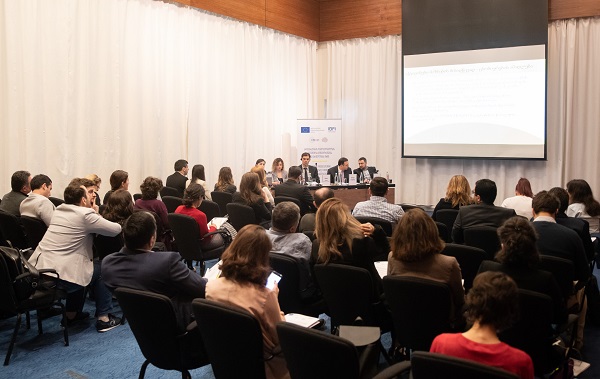 The PrIME project assumes a comprehensive approach, as part of which IDFI and its partners will work in four main directions: 1. Monitoring; 2. Media investigation; 3. Capacity building and awareness raising aimed to ensure impartiality and fairness in the Georgian prosecution and investigation systems; and 4. Increasing capacity and awareness on hate crimes and violence against women.