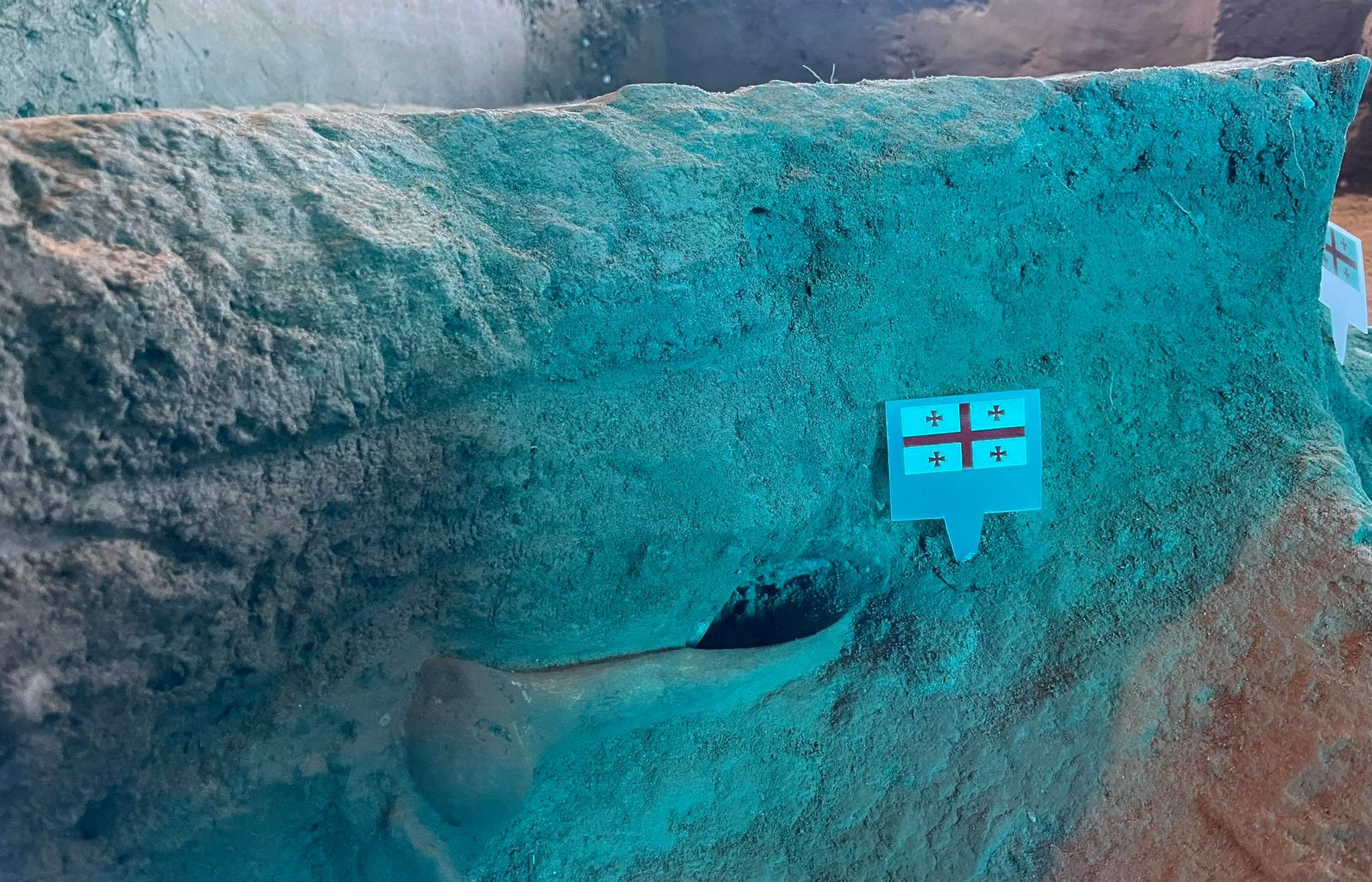 From October 20 to October 22, 2021, representatives of the scientists of the Polish Institute of National Remembrance  (IPN), Deputy Head of the Department of Archeology Tomasz Borkowski, and archaeologist Krzysztof Mikolajczyk visited Batumi at the invitation of the Bishop of the Diocese of Batumi and Lazeti. While there, they inspected the graves of the repressed people from the years 1937-1938. The visit of Polish specialists was organized by the Institute for Development of Freedom of Information (IDFI).

The purpose of the visit of the Polish specialists was to reach an agreement over the following issues:

1. Thoroughly study the already discovered tomb №6 and arrange the swift burial of remains before the upcoming winter.

2. Starting from 2022, fully process the site and discover the remaining mass graves in order to further plan the large-scale commemorative events on-site.

According to the preliminary study by IDFI, a total of 1,050 people were shot dead in Adjara, of whom 311 were citizens of other countries, including about 30 ethnic Poles. Relevant information was provided by IDFI to the Polish National Memory Institute, after which the Polish side became interested in clarifying the fate of its people and taking the appropriate measures for their identification.

On the first day, the Polish guests, together with the representative of the diocese, Mother Sidonia, visited the site of the tombs and got acquainted with the current situation. They inspected the already discovered tomb №6, which is ready to be opened so the remains may be buried. In addition, they assessed the overall scale of the entire site, the condition of the tombs processed in previous periods, and gave a fairly high rating to the work carried out by the diocese independently in 2017-2019 and in 2021 with the assistance of American specialists. 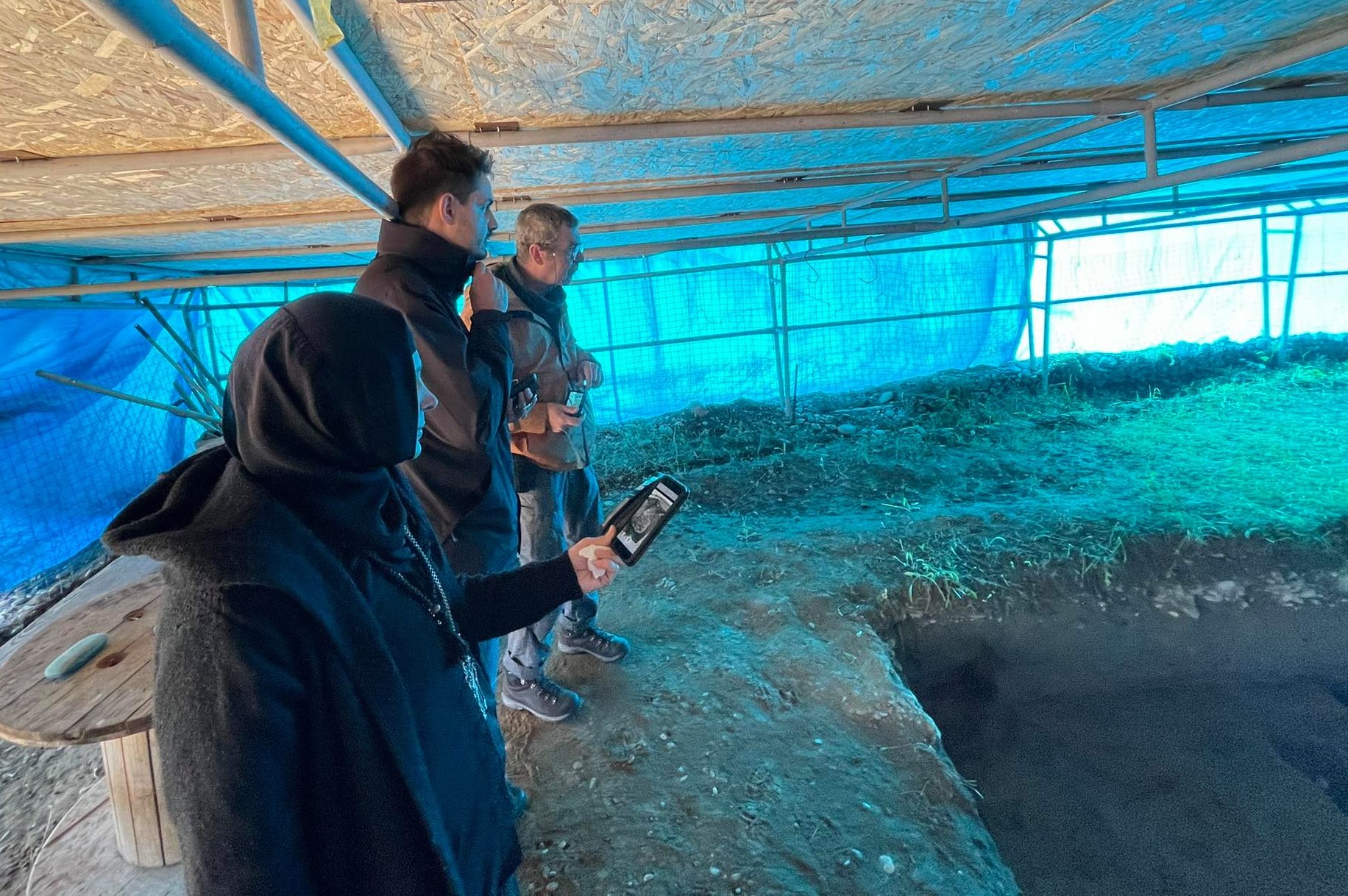 After inspecting the graves, Polish experts visited the Ministry of Health and Social Affairs of the Autonomous Republic of Adjara, where they met with Minister Nino Nizharadze and her Deputy Zurab Teneishvili. The Minister of Health and Social Affairs of Adjara Autonomous Republic is also a head of the Commission for the Study of Tombs, which was established by the Government of Adjara. The members of the local government expressed their full readiness to be involved in the project with the diocese, IPN, and IDFI in the future, in order to address the current issues in a final and timely fashion. The Ministry and the Government of the Autonomous Republic of Adjara are ready to take all the necessary steps to begin the study of the graves of the repressed, to identify their remains, and to pay their respects.

On the final day of the visit, IPN archaeologists and IDFI representatives were hosted by the Archbishop of the Diocese of Batumi and Lazeti, Dimitri. The Archbishop expressed readiness on the part of the Diocese to assist in the work regarding the issue of burials, offering the archaeologists to allocate them residences on the territory of the monastery and assistance in other needs.

The Polish guests visited the St. Mathias Apostle Gymnasium-Boarding School and held an introductory meeting with the boarding school children.

IDFI believes that in the near future, a team of archaeologists and specialists will be needed to work on the already discovered tombs and to continue the search for the remaining tombs. The involvement of IPN experts in this regard is crucial, as they have years of dedicated experience in conducting similar types of work. They have explored a number of similar places in Poland and neighboring countries. This visit is the best example of multilateral cooperation on an important issue for Georgia. Representatives of governmental and non-governmental, ecclesiastical authorities, and foreign partners are united in their desire to solve the issue.

This event has been financed by the Swedish International Development Cooperation Agency, Sida.