On February 9, 2022, Polish Institute of National Remembrance  (IPN) completed the process of exhumation in Adjara and the mass grave №6 of the victims of the Great Terror of 1937-1938, discovered in Khelvachauri, near Batumi, was fully examined. A 6-member group of Polish archeologists and anthropologists was invited by the Eparchy of Batumi and Lazeti and Institute for the Development of Freedom of Information (IDFI).

According to research conducted by IDFI , a total of 1,050 people were shot dead in Adjara in 1937-1938. The study found that among these 1,050 people, 311 were from other provinces in the Russian Empire, as well as from Central European countries: among them, about 30 ethnic Poles were shot in Adjara. Based on the information provided by IDFI, the Polish Institute of National Remembrance  (IPN) became interested in discovering the fate of its own citizens and taking appropriate measures for their exhumation and subsequent identification. Experts from IPN examined the grave for two weeks, after which they discovered skeletal remains of 29 victims. The involvement of Polish specialists in this process was crucial as hundreds of similar tombs have been studied in Poland and neighboring countries. A thorough, anthropological study of the remains is also planned for the future.

In total, 5 tombs of the victims were examined and up to 180 bodies were excavated in 2017-2019 by the Eparchy of Batumi and Lazeti and in 2021 by the help of American specialists. Now, in addition  there is fully examined grave N6 and discovered remains of 29 victims.

Found Soviet coins (kopeekas) minted from 1930 to 1936, buttons, combs and other objects, condition of the remains ( with their hands clasped behind their backs, with a gunshot wound in the skull) and the mass grave, that represents a pre-dug pit with the remains of dozens of people placed together reaffirms that remains really belong to the people who were shot during the repressions of 1937-1938. 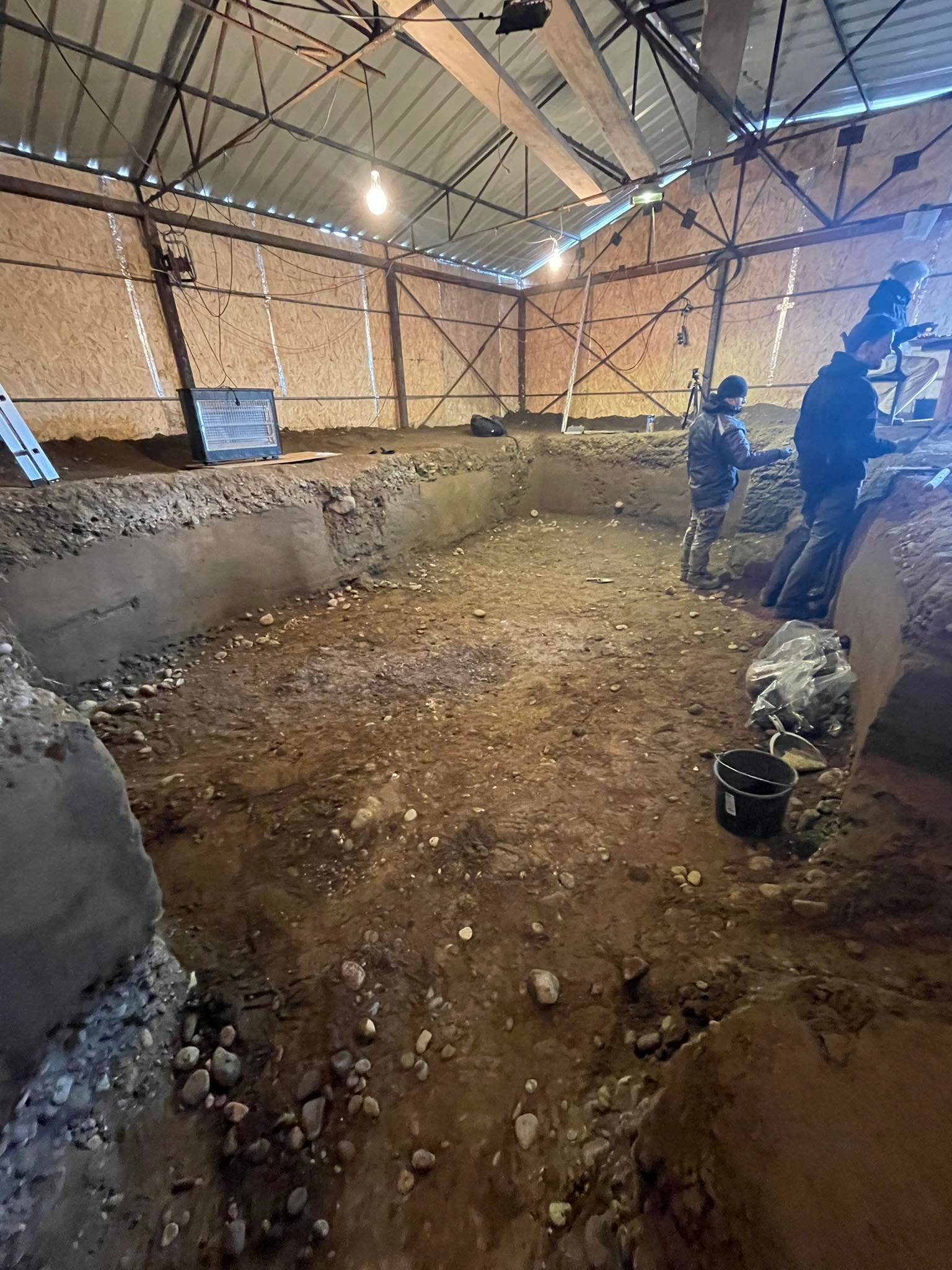 Polish specialists separated the remains and then placed them in special storages. IPN specialists note that the next important step is the anthropological study of the remains. Identification process is quite complex and includes both social activities and scientific work. They mentioned the need to fully examine the land area and discover the remaining mass graves in order to further plan large-scale commemorative events on the spot.

Members of IDFI and IPN specialists agree that it is important to conduct an active campaign to identify the remains of victims of repression, so that as many descendants of the repressed as possible submit their own DNA material that will be compared with the samples taken from the remains. Unfortunately, at this stage, DNA analysis is still not possible in Georgia.

IDFI believes that the discovery of the graves of the victims of the Great Terror in Adjara is the important, historical event for Georgia. It is therefore essential to study the stories of the repressed and  to give them due respect.  Government should take the responsibility, arrange a memorial complex at the site of the burial, hold educational and other events dedicated to the memory of the repressed, and encourage research in this area as much as possible. It is also important that parties involved in the process finally agree and resolve the issue of burial of the remains, common burial and memorial arrangements.

Media expressed great interest in the issue of mass graves found in Adjara. Their support is crucial in launching a public awareness campaign and actively disseminating information about the victims of 1937-38 repressions. The coverage of this topic in the media, along with the identification of the victims has a broader purpose:  protection of the country from the Russian propaganda campaign, which actively uses the idealization of the Soviet past as one of the main tools.