IDFI in the Report of U.S. Department of State 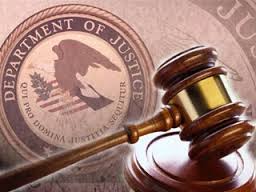 U.S Department of State published a Country Reports on Human Rights Practices for 2014 on June 26. Report is based on the data provided by USA embassies and international missions and gives a multilateral image for 200 countries. Georgia is one of them.

While reviewing the situation regarding defending human rights and freedom, IDFI is mentioned in the report many times. On the one hand report highlights the case of Giorgi Kldiashvili, director of IDFI who was illegally arrested and on the other hand it underlines IDFI’s studies on access to public information in Georgia.

Report draws attention to the joint statement of 19 NGOs which complained about illegal arrestment of Giorgi Kldiashvili and demanded to terminate criminal prosecution against him.

Illegality of the actions against Giorgi Kldiashvili was confirmed with court's decision which clearly indicated that criminal police department violated Georgian legislation and prosecutor could not prove the necessity of Kldiashvili’s detainment.

Report reviews the problems regarding openness of government sessions and accessibility to adopted documents.

It also refers the results of IDFI’s monitoring of accessibility of public information, according to which public institutions answered 444 requests out of 493, from October 2013 to March 2014.

It should be noted, that IDFI’s activities were mentioned in U.S Department of State’s 2012 and 2013 reports.

Refering IDFI in the reports indicates the high level of trust toward the institute in local and international institutions.