Access to State Archives Discussed by International Researchers in Georgia 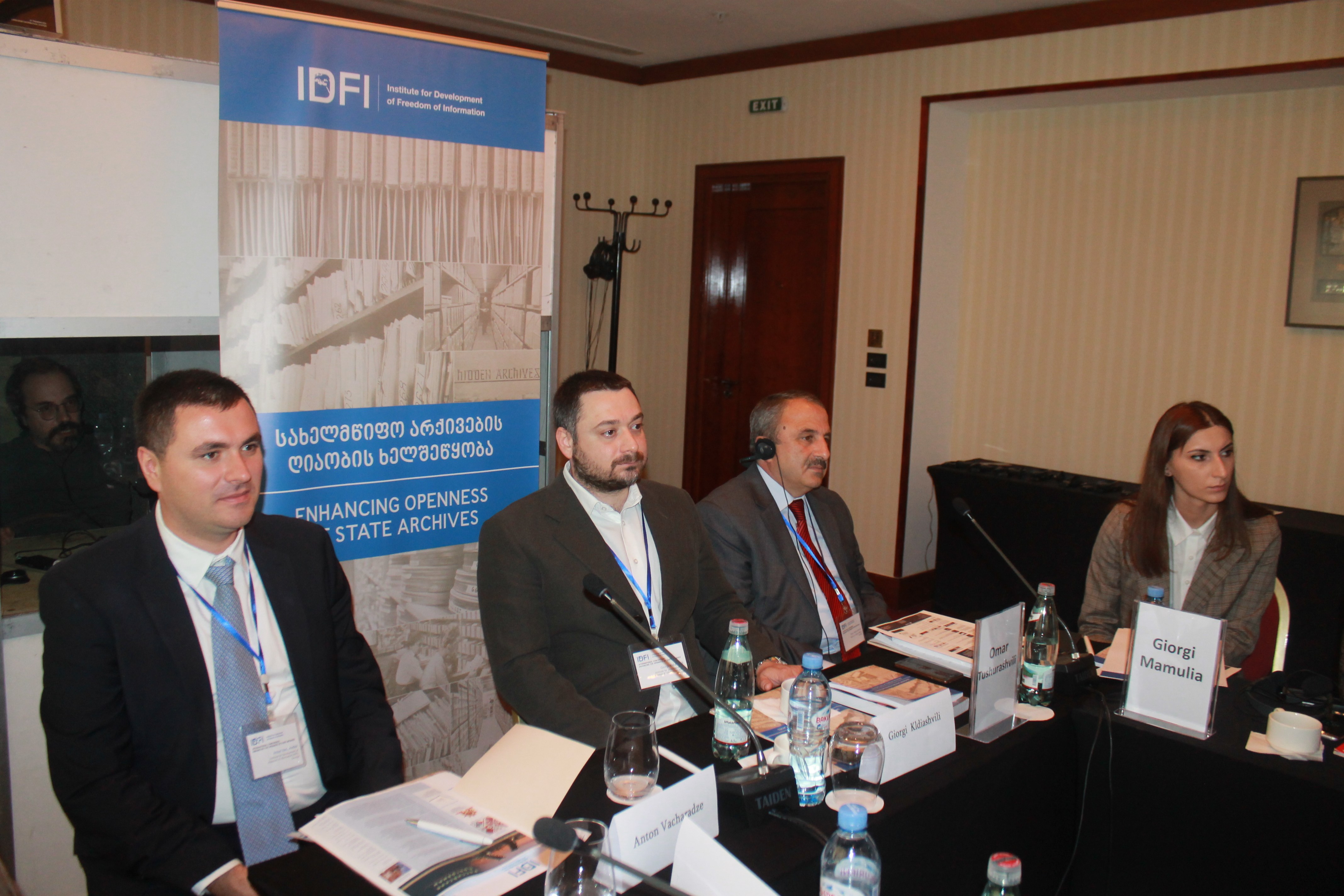 The event enabled more than 30 archivists (including directors of state archives, researchers, civil society representatives) from over 20 countries to share their experiences on the accessibility of archival documents to the public. Topics discussed at the conference included: the best international practice of archive openness; legal regulations and practice of access to archives; access to state security archives; challenges in accessing archives; and archive openness in post-soviet countries.

Conference participants were welcomed by Giorgi Kldiashvili, Executive Director of IDFI and Omar Tushurashvili, Director of the Archive of the Georgian Ministry of Internal Affairs. Giorgi Kldiashvili stressed the importance of access to information as the key factor for democratic development of any country, while Omar Tushurashvili stated that: “It’s been already 15 years since we managed to publish declassified information and provide access to our archive to the public. We managed to do this as part of national commitments following the Open Government Partnership initiative.”

A separate panel of the conference was dedicated to discussing the draft methodology for Evaluation of Openness of State Archives that was elaborated by IDFI in partnership with experts from over 20 countries.

The methodology serves as a unique tool for both archivists and researchers to identify the challenges they encounter in their work and to elaborate a single standard of openness of state archives around the world.

“The openness of state archives, especially those of the soviet repressive apparatus, is essential not only for professional historians, but for anyone  interested in having an unbiased view and deeper understanding of the events of the XX century in their country.” – said Anton Vacharadze, ‘Enhancing Openness of State Archives in Former Soviet Republics’ Project Manager at IDFI.

Speakers of the conference and their Presentations:

Andriy Kohut, Director of the Archive of Security Service of Ukraine spoke about the backlogs, mode of access to the former KGB archives in Ukraine.

In her presentation, Anna Oliinyk, Acting Director of the Center for Research on the Liberation Movement spoke about the openness of the KGB archives in Ukraine after years of work of public sector.

Malcolm Byrne (Deputy Director, Research Director of the National Security Archive at George Washington University, USA) talked about the CSO, National Security Archive - organization that for many years has been advocating the declassification and openness of state regime archives. Dr. Byrne shared experience on how society can affect the work of security archives and how public initiatives can guarantee freedom of information. 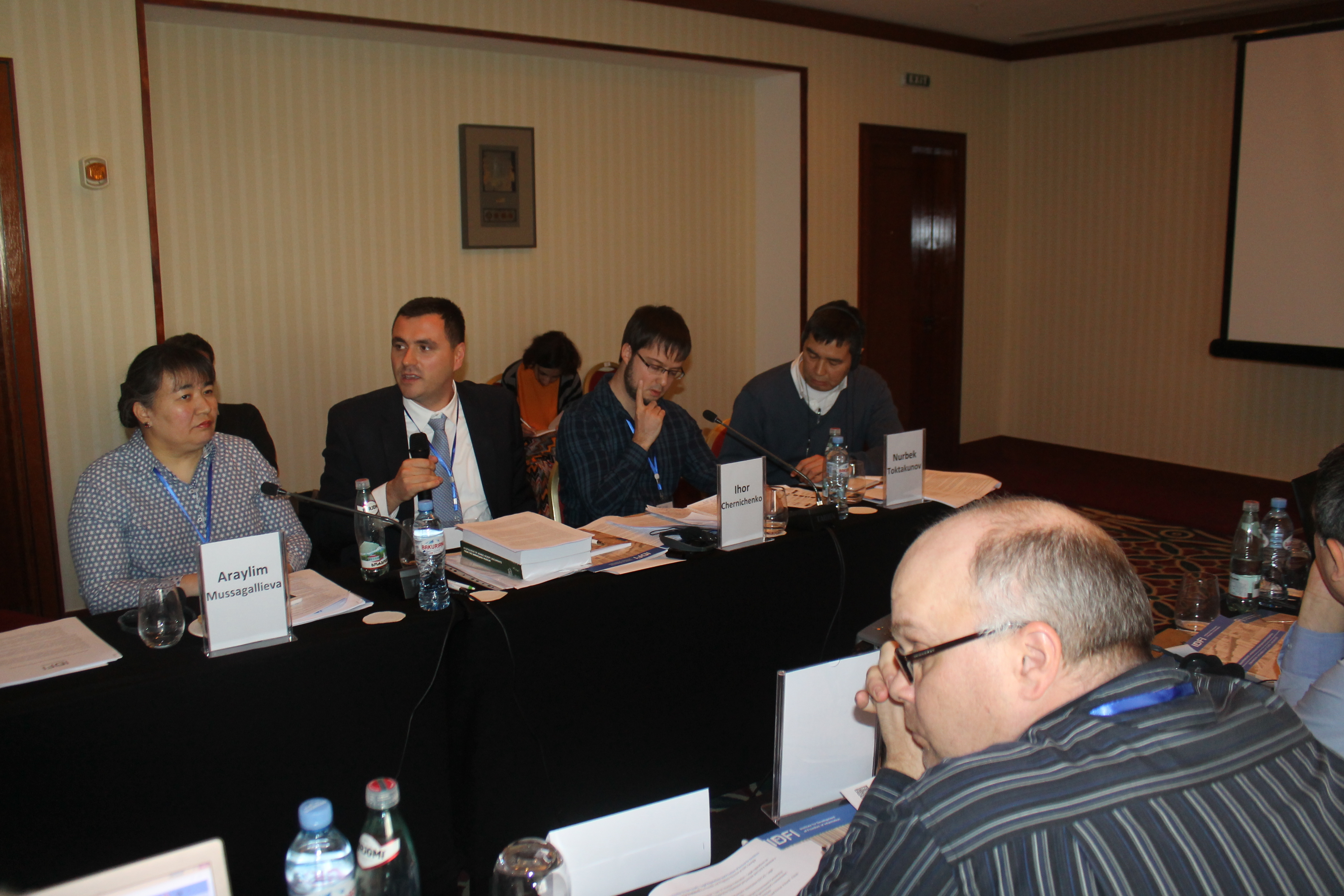 State Security Service of the Former German Democratic Republic (STASI) was one of the most repressive state apparatus in the world. The Federal Commissioner for the Documents of this state body, Joachim Foerster presented about the significance of access to archives of the State Security Service in the process of coming to terms with the past. Openness of STASI archives can be considered as a role model for overall openness of such archives.

Jerzy Rohozinsky, Director of Polish Institute of Solidarity and Virtue made a presentation titled Polish Archives for Post-Soviet Researchers.

Inguna Slaidina, Deputy Director of Latvian National Archive spoke about how the Latvian society and government have achieved openness of archives in the 27 years of independence.

James Lowry from Liverpool University Centre for Archive Studies spoke about development of freedom of information in the framework of Open Government Programme in the UK, historical accountability of the state and presumption of openness that has to be a priority in the government agenda.

David Alaverdashvili, Deputy Director of the Archives of the Ministry of Internal Affairs shared experience of his organization about the openness of archives of former KGB and communist party of Georgian SSR.

Researcher from the Belarussian Documental Center Dmitry Drozd gave a presentation about practical sides of the search for information about soviet repressions in KGB Archive in Minsk.

Araylim Mussagallieva, Professor of History from the Eurasian National University of Kazakhstan spoke about different state archives and importance of international cooperation of scientists.

Obstacles that one might meet while working in state archives of the Russian Federation and the ways to deal with them were described in the presentation made by Daryana Gryaznova, Lawyer of a Russian human rights NGO ‘Team 29’. Additional remarks to this presentation were made by Ivan Pavlov, famous human rights advocate and founder of ‘Team 29’.

Project partners include:  Nurbek Toktakunov in Kyrgyzstan, Director of Partner Group Precedent. From Ukraine - Ihor Chernichenko, Historian, Kharkiv Human Rights Protection Group. Igor Casu, Historian from State University of Moldova will represent his country. Thomas Welsford, scholar from All Souls College, Oxford, UK will work to evaluate Uzbekistan archives. Hranush Kharatyan, Historian from NGO Hazarashen is participant from Armenia and journalist Eldar Zeynalov is representative from Azerbaijan. Each of them spoke about the problems and challenges that societies in the above countries face towards working in archives.

Moderators of the conference: 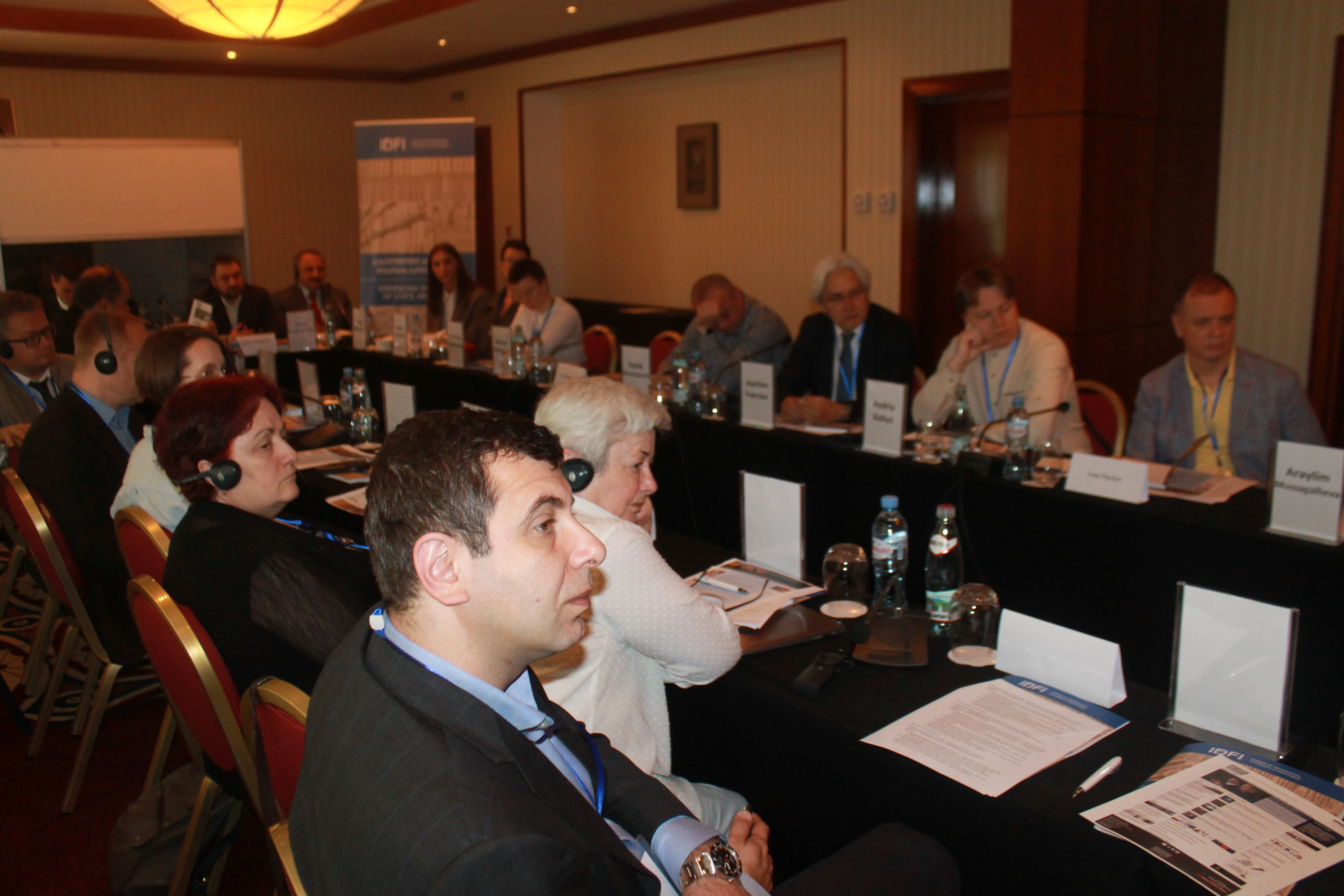 The conference was financially supported by the Open Society Budapest Foundation in the framework of Enhancing Openness of State Archives in Former Soviet Republics Project.

Photo album of the conference is accessible here.