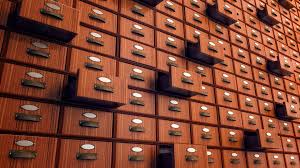 Although transparency and accountability constitute declared proprieties on the political agenda of the Government of Georgia, the country still stands considerably behind in regards with access to historical archives, especially when compared to other Eastern European states. As a result, the society as a whole and particularly those interested in historical and Soviet studies are deprived possibility to freely study historical documents, internalize their past and form its own opinions - an integral part of freedom of expression.

The article aims at discussing existing practical and legislative problems regarding access to archival documents in Georgia and getting readers acquainted with the solutions to tackling the problems. These solutions are reflected in a legislative proposal submitted by IDFI to the Parliament of Georgia on April 10th, 2019. [1]

Transparency and accountability are pivotal to the development of a democratic society.  After the collapse of the Soviet Union access to information, open archives and publicity of historical documents were important achievements in a number of Post-Soviet Union states. Access to historical archives made possible studying the past and internalizing the mistakes of the totalitarian regime. In Georgia, most of the historical archives going beyond the files of the Soviet Union’s past are kept and LEPL National Archive of Georgia. Special emphasis should be made on the documents of XIX-XX centuries, during the period of which Tbilisi was a military and administrative center of South Caucasus. Those who study the past of the Russian Empire and South Soviet Union, its diplomatic relations, politics in the region of Caucasus and other similar directions will find documents of high scientific and research value at LEPL national Archives of Georgia.

N(N)LE Institute for Development of Freedom of Information (IDFI) has been working in the direction of open archives since its establishment. In 2018 IDFI studied the practice and legislation of access to historical documents in Post-Soviet Union states. A subsequent report [2]was produced, which contains detailed information on practical and legislative challenges of accessing archival documents. Scholars and researchers face a number of difficulties in this regards, precisely:

- Failure to notify applicants in writing on decisions to refuse access to archival documents and inform them on the right to appeal;

- No information on the documents under maintenance.

In order to tackle the above-listed problems as an initial step, it is important to amend existing legislation. With this aim on April 10th, 2019 IDFI submitted a legislative proposal to the Parliament of Georgia. The legislative proposal envisages amendments in several directions:

- Granting access to archival documents containing personal data if there is well-substantiated research or scientific purpose and/or there is public interest towards the information;

- Granting access to archival documents containing state secrecy if there is well-substantiated research or scientific purpose;

- Eliminating restriction on photocopying of archival documents for those applicants who have been granted access to these documents;

- Granting access to archival documents no later than the following day from registering a request;

- Providing applicants with written decisions explaining grounds for refusal and notifying on existing legal means for protecting their interests (right to appeal);

Adopting the legislative proposal submitted by IDFI will increase the transparency of archival documents in Georgia. Society will be granted the opportunity to freely study archival documents and internalize its past, as a result of which freedom of expression and information will be protected to a higher degree.

Based on existing legislation access to archival documents containing personal data is refused, unless the period of 75 years has passed since their creation. As a result, a vast selection of documents describing pivotal historical events/periods taking place after 1944 are not accessible, for example:

- Cases of Merab Kostava, Zviad Gamsakhurdia and other decedents of the National Movement

- Events of April 9th, 1989 and regaining of independence by Georgia.

Access to these documents can be granted earlier than 75 years if the subject of the personal data has descended more than 30 years ago. In this case, a death certificate has to be submitted by an applicant to the National Archives of Georgia. This leads to unreasonable difficulties, especially in cases when an applicant has to get acquainted with hundreds of documents containing personal data. Applicants have in practice faced this problem, when they were directed by the National Archives of Georgia to submit death certificates of hundreds of persons in order to be granted access to historical documents.

Based on the legislative proposal submitted by IDFI, as an exemption to the above-listed regulations access to archival documents containing personal data should be granted if there is well-substantiated research or scientific purpose and/or there is public interest towards the information.

In the legislative proposal submitted to the Parliament of Georgia, IDFI calls on the Parliament to include similar provisions in the Law of Georgia on State Archives, based on which access to archival documents containing state secrecy should be granted if an applicant has well-substantiated research or scientific goal.

According to existing regulations, those applicants who have been granted access to historical documents are forbidden to make their photocopies. This creates unnecessary bureaucracy when an applicant who is reviewing a document has to submit a request on receiving a photocopy, pay a fee and wait before receiving copies of the documents. At the same time fees received from the service are usually not high. For instance, LEPL National Archives of Georgia only generates income of ca. 20,000 – 30,000 Gel annually for the service, the figures are even lower in case of other archives. Thus eliminating fees on photocopying documents will not have any significant negative effect on income generation of those institutions who keep and maintain archival documents. Takin pictures or making own copies of archival documents is allowed in various developed and European states, such as the UK [3], USA [4], Australia [5], Japan [6], Portugal [7], Latvia [8], Lithuania [9], Estonia, Ukraine, Russia, Kazakhstan. In Germany [10] documents are categorized and the list of those which can be copied by applicants pre-determined.

The legislative proposal prepared by IDFI includes the provision according to which those applicants who have been granted access to certain archival documents cannot be restricted to make their photocopies. This will ensure that scientists, students or anyone interested in studying the past do not face bureaucratic difficulties in order to receive copies of the documents. At the same time eliminating fees on photocopying documents will not have any significant negative effect on the income generation of those institutions who keep and maintain archival documents.

Based on the legislative proposal submitted by IDFI access to archival documents should be granted no later than the following day from the moment of registering a request.

- The obligation of providing applicants with a written refusal

The Law of Georgia on State Archives does not include the obligation of providing applicants with a written refusal to grant access to archival documents. Numerous cases of applicants being refused to review historical documents and not been given an explanation on the grounds of the refusal have been brought to IDFI’s attention. [11] Based on the practice of LEPL National Archives of Georgia applicants are provided with a written refusal only in exceptional circumstances when applicants themselves request written explanation. This malpractice is against the values of accountability and good administration.

In case if the legislative proposal prepared by IDFI is adopted by the Parliament of Georgia state institutions will be obliged to provide applicants with written decisions explaining grounds for refusal and notifying on existing legal means for protecting their interests (right to appeal).

Public institutions will also have the obligation to systematize all the applications, subsequent decisions and proactively publish relevant statistical information.

- No information on the documents under maintenance

Legislative proposal submitted by IDFI introduces obligation of the institutions holding archival documents to proactively publish the list of documents under maintenance.

[9] Services offered by the Office of the Chief Archivist of Lithuania: http://www.archyvai.lt/en/accessandservice.html

[11] Scientists from North Caucasus Complaining on the Ban to Work at LEPL National Archives of Georgia (in Russian): https://www.kavkaz-uzel.eu/articles/310286/

Natives of the North Caucasus Denied Access to the National Archives of Georgia (in Russian): https://riaderbent.ru/urozhentsam-severnogo-kavkaza-zakryli-dostup-v-arhiv-gruzii.html

Intrigue Around the Georgian Archive (in Russian): https://www.kavkazr.com/a/intriga-vokrug-gruzinskogo-arhiva/28765909.html;