Information Regarding the 2008 August War Between Russia and Georgia

Regarding the 7th anniversary of Russian-Georgian war, IDFI presents information on deceased and wounded soldiers and civilians, financial and other type of assistance provided to their families, as well as the analysis of the damages caused by the war.

This information is prepared by IDFI based on the data and documentations provided by various public institutions (Ministry of Defense, Ministry of Labour, Health and Social Affairs, Ministry of Justice) or proactively published on their websites.

According to the information provided by the Ministry of Labour, Health and Social Affairs the total number of wounded and injured civilians and servicemen equals to 2232. The documents provided by the Ministry of Defense indicates that out of 1045 wounded servicemen, the largest number – 271 were wounded in IV Mechanized Brigade, whereas 251 servicemen were wounded in II Infantry Brigade. 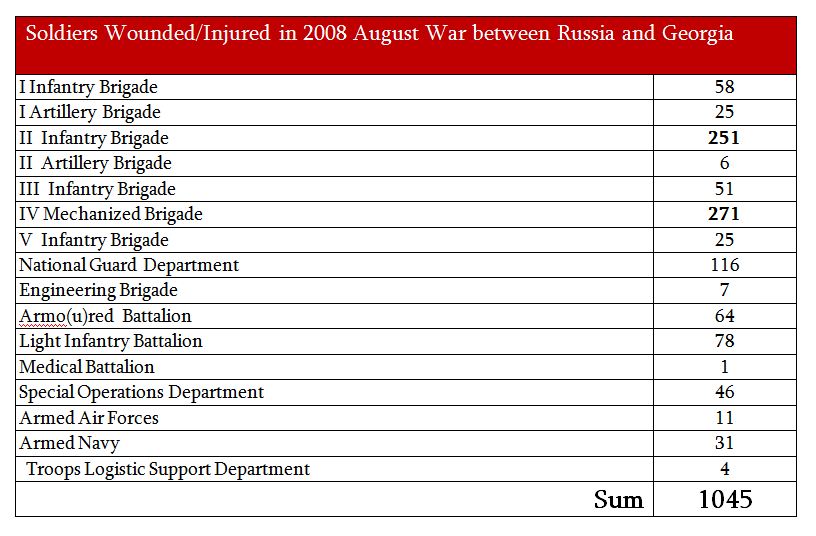 Out of the 1045 servicemen, 526 retired from the armed forces, while 61 were unable to serve armed forces due to bad health condition.

Two civilians were given the status of a person with disabilities. To date they receive state financial assistance. 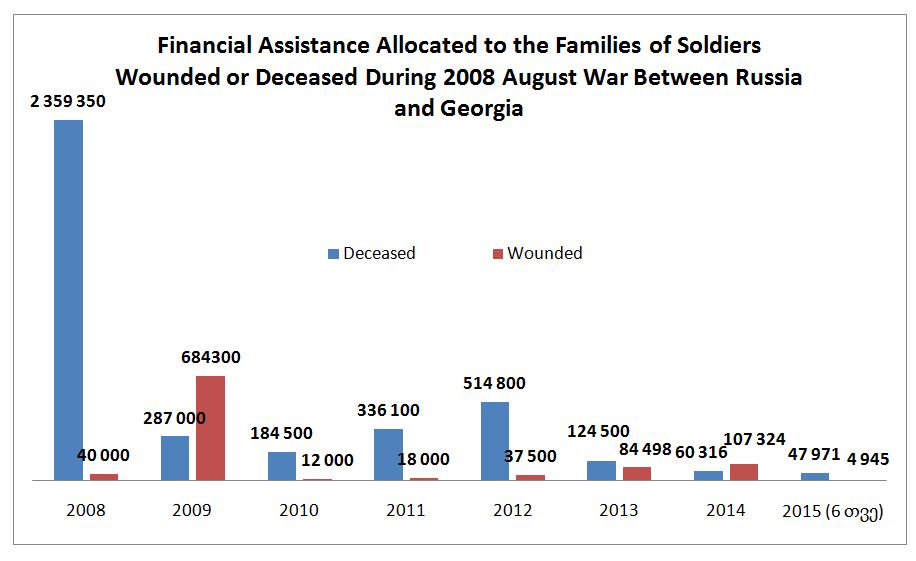 As it has already been mentioned above, IDFI also attempted to ascertain damages caused to the country as a result of the August War. Hence IDFI referred to the Government Administration and requested all documentation on the activities undertaken by the government with the goal of assessing the damages of the war (minutes of the meetings, reports etc.). The FOI request was forwarded to the Ministry of Justice. The latter informed us that no such documents were kept at the entity.

The Ombudsman of Georgia also referred to the problem of studying the damages caused to the civilian sector during the August war in 2008 and highlighted that a special commission which was created with the aim of calculating the damages caused to civilians as a result of the Russian aggression has terminated its activities in April 2010. Till to date wider public has not been informed on the results of the work conducted by the commission.