In 2020, Georgia marks 12th anniversary of the 2008 August War between Russia and Georgia. Similarly to 2008, today, Russian propaganda related to the Russo-Georgian war is active, assuring the population of Russia and Georgia as well as the international community through disinformation that Georgia started the war against the ethnic Ossetians on 8 August 2008 and Russia was “forced” to intervene Georgia in order to “protect” them. In fact, the above-mentioned conflict has a much longer history, which proves that Georgia has not been an initiator of the war.

After the collapse of the Soviet Union, even though the Russian Federation recognized Georgia as an independent, sovereign entity, the relationship between Russia and Georgia has been deteriorating. Although, unofficially, in the beginning of the 1990s, Russia supported the separatist movements in so-called South Ossetia and Abkhazia. The fomentation of ethnic conflicts, the creation of regions on the territory of Georgia not controlled by Tbilisi and appropriation of the role of a “peacemaker” or “mediator” were the best means for Russia for maintaining control on Georgia and not losing South Caucasus as its “privileged sphere of influence”. [1] After Vladimir Putin’s election as a president in 2000 and especially following the Rose Revolution in Georgia, the relations between Russia and Georgia have worsened.

Similarly to Euromaidan in Ukraine, Putin’s regime perceived Color Revolutions in the post-Soviet space as a personal threat. The euro integration course chosen by a part of the post-Soviet countries, including Georgia, was a sign for Russia that it was losing influence on post-Soviet space. For this, the Russian foreign policy toward neighbors has become more aggressive gradually. [2] Russia started building military bases on the territories not controlled by Tbilisi and rearmament and training of separatists. In 2006, the government of the Russian Federation imposed embargo on Georgia and banned the import of agricultural products from Georgia. [3]

As for the developments in 2008, the escalation started after Kosovo declared independence in February and the most of the western countries supported it. Soon, Russia left the 1996 agreement of the Commonwealth of Independent States, according to which the member states were forbidden to have any economic or military ties with the Abkhaz separatists. On 21 March, Duma adopted a resolution in which it called for the government to support the independence of Abkhazia and South Ossetia. In a letter sent to the separatists on 3 April, Putin promised them “practical” support. Soon, on the NATO summit held in Bucharest on 2-4 April, Georgia and Ukraine received a promise that they would become the members of NATO, which caused even more negative reactions from Kremlin. On 8 April, the Minister of Foreign Affairs of Russia, Sergey Lavrov said: “We will do everything to prevent the admission of Ukraine and Georgia to NATO, and to prevent the inevitable deterioration of our relations with the alliance, its leading members and our neighbors, inevitably associated with the possibility of such admission.” On 16 April, Putin issued a decree, according to which the state institutions of the Russian Federation were ordered to establish direct legal ties with the de-facto, separatist regimes of Georgia. With this decree, the documents and institutions of the separatist regions were also officially recognized. [4] The next day of signing this decree, additional military forces and armament were brought to Abkhazia and South Ossetia and the purposeful provocations such taking down the Georgian drone, violation of the Georgian airspace and full scale military training “Kavkaz 2008” began. During this training, a paper with the slogan: “Warrior, know your enemy” was spread among the Russian soldiers. The provocations also included explosions, as a result of which, Georgian policemen were wounded. Moreover, Russia sent railway army to Abkhazia, which was ordered to restore Sokhumi-Ochamchire railway, which was a violation of peace treaty by Russia. [5] Since 1 August, fast escalation of the situation began. 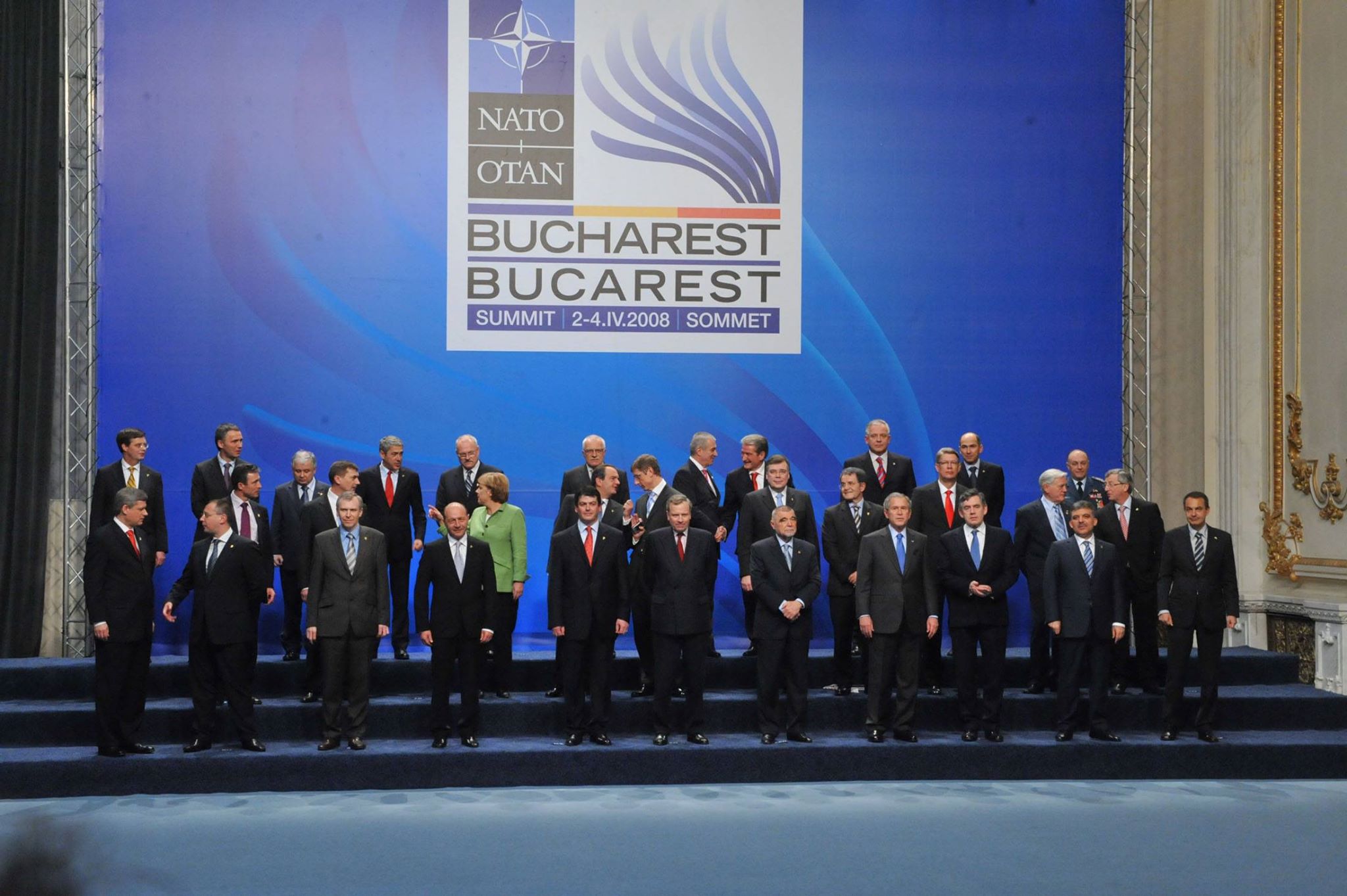 On 1 August, 2 remote-controlled bombs exploded on Eredvi-Kheiti bypass and five Georgian policemen were heavily wounded. On the same day, the de-facto military forces of South Ossetia opened fire toward the Georgian villages as a result of which 6 citizens and one policeman were wounded. On 2 August, Georgia responded with fire but soon, the Georgian response was suspended following a relevant order. Also on 2 August, the de-facto regime of South Ossetia started the evacuation of citizens, which lasted until 6 August. On 3 August, Moscow started spreading the fake information that Georgia took troops to Tskhinvali region. Meanwhile, through the Roki tunnel, the intelligence battalion of the 19th Motorized Rifle Division of the 58th Russian Army entered the Georgian territory. On 4 August, at night, 10 units of Russian armored vehicles arrived in Georgia and were allotted to the armed groups of the de-facto regime. Already on 5 August, the bombing of the Georgian villages was renewed and the Russian media reported that up to 150 hired warriors from the North Caucasus arrived in Tskhinvali. On the same day, the Roki tunnel was crossed by 40 units of the Russian Army self-propelled artillery and the intelligence battalion of the 33rd Botlikh Motorized Rifle Brigade. Meanwhile, on the territory of Russia, near the Roki tunnel, the units of 58th Army were mobilized. On 6 August, the bombing of the Georgian villages continued. The president of the de-facto Republic of South Ossetia, Eduard Kokoit refused to participate in peace talks scheduled on 7 August. [6] 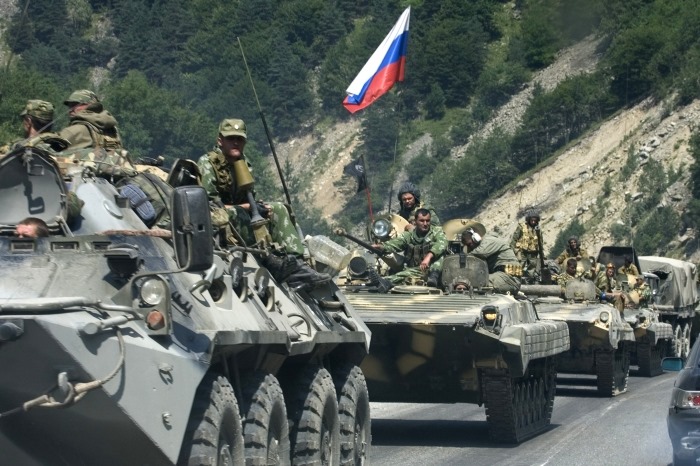 Already on 7 August, Russian regular army invaded Georgia, which, today, is proved by many sources: telephone calls of the so-called border-guards of the Tskhinvali regime [7]; the information spread in Russian media, which has survived the Russian governmental “filter” (for instance, on 3 September 2008, the journal Krasnaya Zvezda published an article in which the commander of one of the regiments says that, on 7 August, he received an order of moving to Tskhinvali) [8]; Russian criminal investigation publicized by the Mother’s Right Foundation (Vladimir Seliptov was a Russian solder who served in the 3rd Motorized Rifle Division of the 693rd regiment. On 7 August, he died on the Georgian territory. According to the official information, he committed a suicide. However, his family did not believe this and a long-lasting legal dispute started); Sergey Baghapsh’s confession in front of TV cameras that the Russian army entered Georgia on 7 August 2008. [9] After the Georgian government received a confirmed information from the state intelligence that the Russian army was entering Georgia through the Roki tunnel, an order on starting an operation for stopping the Russian army with minimal civilian casualties was issued and the Georgian armed forces started the military operation. [10] The war in the region lasted for 5 days and finished on 12 August with the six-point peace plan, which has been violated by Russia until today as it continues the creeping occupation of the Georgian territories. The six-point peace plan encompassed the following points:

1. No recourse to use violence between the protagonists.

2. The cessation of hostilities.

4. The return of Georgian armed forces to their usual quarters.

5. Russian armed forces to withdraw to the positions held before hostilities began in South Ossetia. Russian peacekeepers to implement additional security measures until an international monitoring mechanism is in place.

6. The opening of international discussions on the modalities of security and stability of South Ossetia and Abkhazia. [11]

After finishing the war, shortly, on 25 August 2008, all of the MPs of the Russian Duma supported the resolution which called for the President of Russia to recognize the independence of Abkhazia and South Ossetia. On 26 August, Medvedev recognized Abkhazia and South Ossetia as independent states. [12] With this, the Russian Federation implemented a plan the signs of which were evident already in March 2008.

Beside all of the above-said, numerous other facts prove that that Georgia did not initiate the war in 2008: first of all, Putin’s speech, in which he declared that Russia had a war plan against Georgia already in 2006 when it was building military bases on the Georgian territories and imposing embargo on the country, is notable. [13]Putin said: “The plan was prepared by the Joint Staff and by the end of 2006 or the beginning of 2007, it was approved by me”. [14] Also, it is interesting that when the journalists asked him about his personal role in the development of 2008, he declared that he talked to the then President Medvedev and the Minister of Defense twice on 7 and 8 August as they “discussed the problem”. This contradicts with Medvedev’s statement, in which he said that the decision on starting the military campaign against Georgia was taken by him personally: “To be honest, no one has called to anyone. I contacted with him [Vladimir Putin] after a day. I had already issued all of the orders. Everything was already on fire there.” [15] 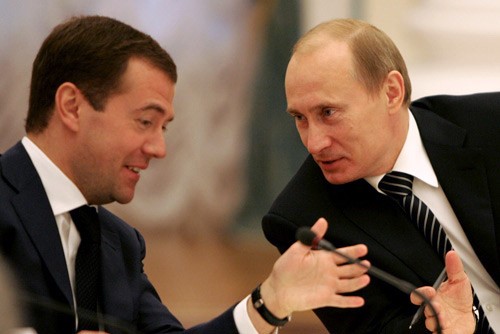 Moreover, it is important that before the August war of 2008, the intelligence services of many countries had the information that Russia was planning hostility against Georgia. For instance, one of the intelligence services of Sweden - Sweden's National Defence Radio Establishment (FRA) predicted before August 2008 that Russia was planning the war against Georgia. [16]

Also, until now, Russia continues the creeping occupation of the Georgian territories. From April 2011 to August 2019, 155 cases of illegal borderization of the Georgian territories were monitored. The illegal borderization has not suspended in 2020 either. [18] Therefore, Georgia is still suffering from Russian aggression and the citizens of Georgia living near the occupation line are most affected by this situation. 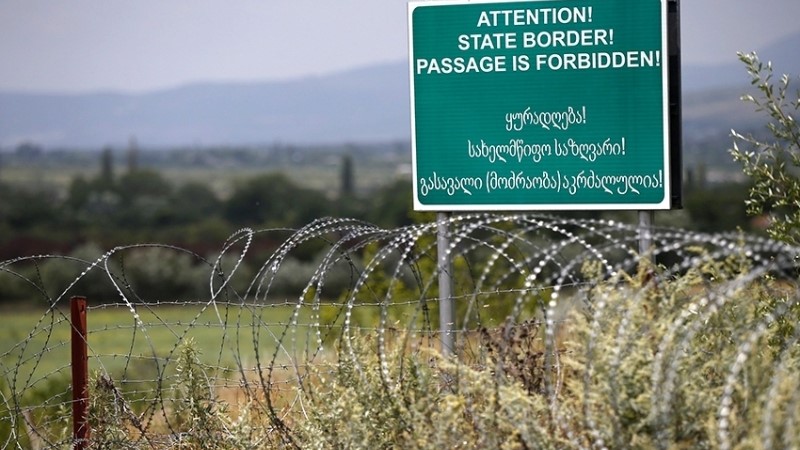 You can find IDFI’s infographic about the 2008 Russo-Georgian war here.

[5] You can find the full and detailed chronology of the development before August 2008 in Davit Batashvili’s report: https://www.gfsis.org/files/library/opinion-papers/103-expert-opinion-geo.pdf

[6] You can find the detailed information about the development between 1 August-15 August 2008 here: http://augustwar.ge/

[18] The detailed chronology of the creeping occupation can be found on the interactive map of The McCain Institute for International Leadership, The Heritage Foundation and The Economic Policy Research Center: