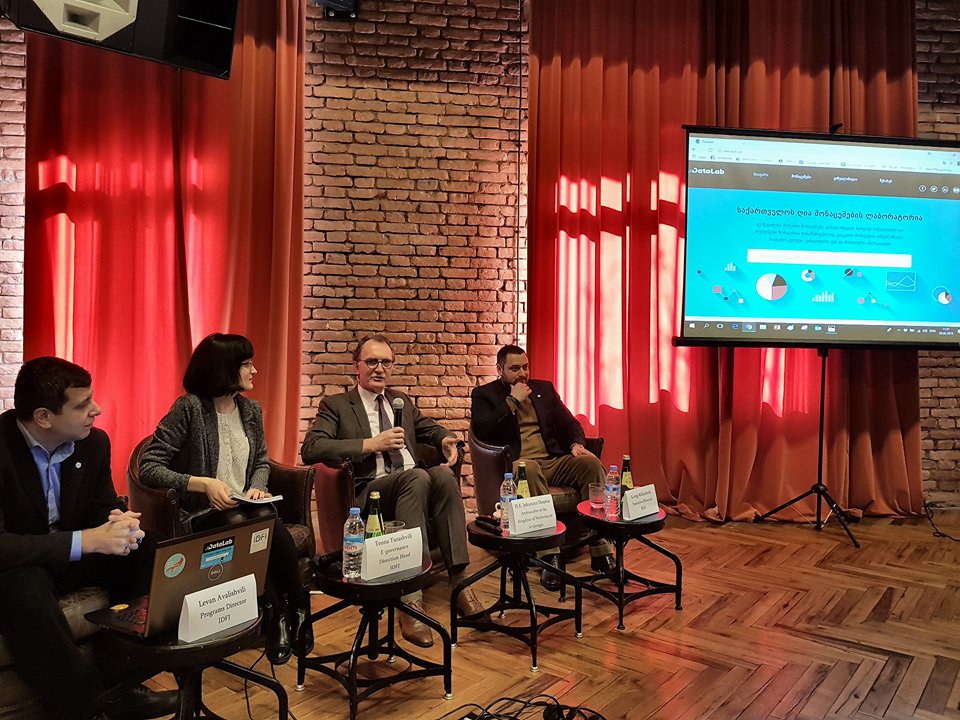 An easily accessible public information datasets on a wide variety of public policy and finance topics obtained from over 150 public institutions in Georgia - on February 28, 2018 the Institute for Development of Freedom of Information (IDFI) held the presentation of a new open data platform – www.DataLab.ge.

The event brought together the representatives from state institutions, media, civil society, international agencies and the diplomatic community. DataLab was created and is run by the Institute for Development of Freedom of Information (IDFI) with the financial support of the International Visegrad Fund and the Ministry of Foreign Affairs of the Kingdom of the Netherlands.

The presentation opened with welcome remarks from H.E. Johannes Douma,Ambassador of the Kingdom of Netherlands to Georgia, and Giorgi Kldiashvili, Executive Director of the Institute for Development of Freedom of Information (IDFI).

„This initiative empowers the general public, enables the citizen to critically follow governments, check information and use it for the common cause. I hope this platform will be used by all generations, students and professionals alike." - said H.E. Johannes Douma, Ambassador of the Kingdom of Netherlands to Georgia in his welcome speech at the presentation.

Giorgi Kldiashvili, Executive Director of IDFI spoke about the importance of access to public information for increasing accountability, transparency and public participation of the society in decision-making processes.

“Allowing people to receive public documents held by state institutions serves as an important tool for fighting corruption, making governments more efficient and accountable to the society, encouraging investment, and helping persons exercise their fundamental human rights. Therefore, I think that the new platform – www.DataLab.ge is a significant step forward for the Georgian people to have easy access to public information from state institutions”, - said Giorgi Kldiashvili.

Levan Avalishvili, Programs Director of IDFI presented the DataLab  and spoke about its importance and details of its unique functionality. The portal containsdatasets obtained by IDFI from over 150 central andlocal public institutions and made available in open, easily accessible formats (excel and CSV). 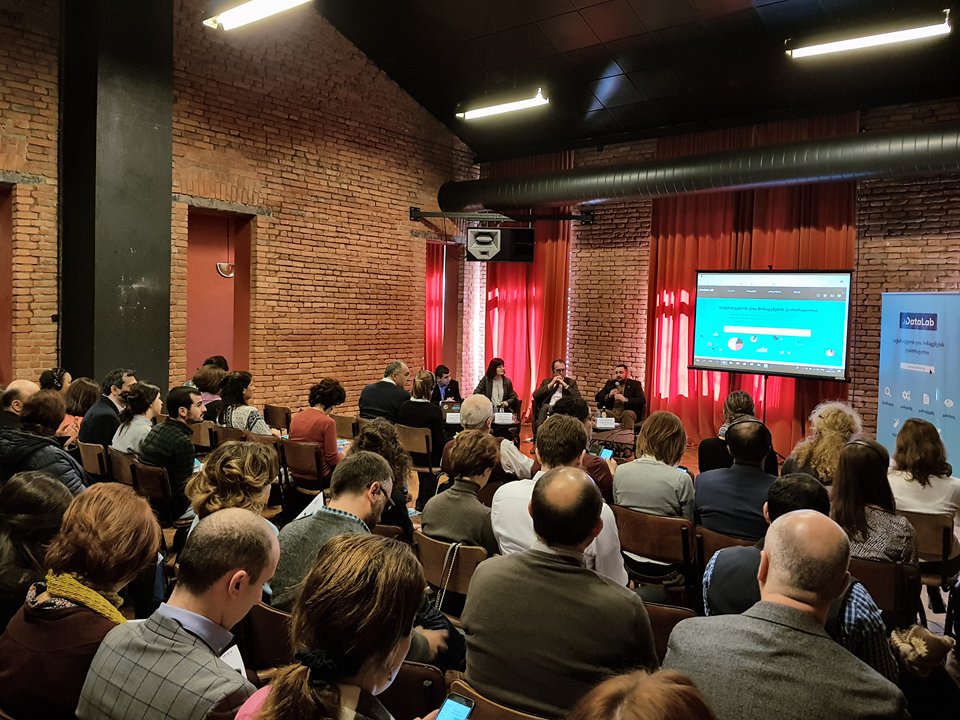 The meeting was concluded by Teona Turashvili, Head of E-governance Direction at IDFI, who announced the launch of a Contest on Analytical Articles - Data for Change and spokeaboutthe terms of participation and the selection criteria. The contest will close on April 15, 2018.

The goal of the contestis to encourage the use of open data for analytical articles. The article must make use of databases published on Datalab ­- www.datalab.ge, an open data laboratory created by IDFI.

A total of 3 winners will be selected and awarded monetary prizes: I Place – GEL 1,600; II Place – GEL 1,200; and III Place – GEL 900.  The best 3 articles will be published on IDFI’s website (www.idfi.ge) and social media pages (Facebook and Twitter) with copyright protection.

- More information about the Contest is available on IDFI’s website:

- Public information datasets can be found at: www.DataLab.ge