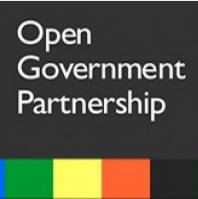 “Open Government Partnership” (OGP) was launched on September 20th, 2011 at the sidelines of a UN General Assembly Meeting by the Presidents of USA and Brazil. As of today, it is composed of 70 member countries.

OGP is a multilateral international initiative that aims to fight corruption, secure transparency, effectiveness and accountability of governments and harness new technologies to strengthen governance.

OGP is overseen by Steering Committee, which is composed of government and civil society representatives. With the help from subcommittees and thematic groups, the Committee provides guidance and main directions of OGP. Furthermore, it supervises fulfillment of the commitments undertaken by the member states and generally controls proper functioning of OGP. The Committee is governed by the Chairman, Deputy Chairman and two representatives of civil society. 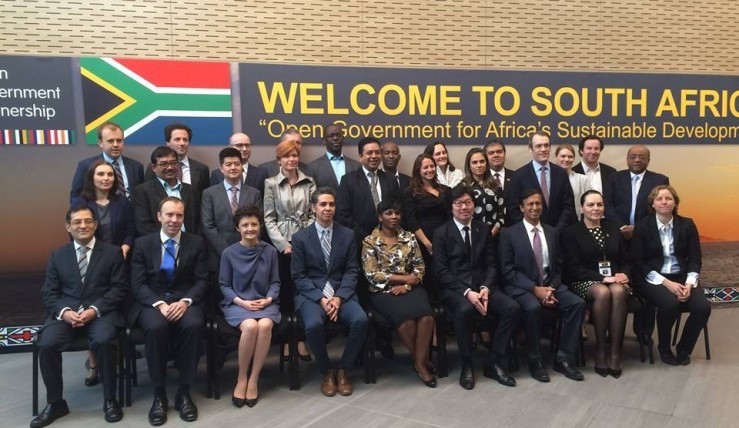 On May 4th, 2016 Georgia became a Co-Chairman of Open Government Partnership. Within the aforementioned competence, our country, along with France, will guide Steering Committee. From October 2017 Georgia will become the sole Chairman of the Committee and will participate in development of the main goals and strategies of the Open Government Partnership. 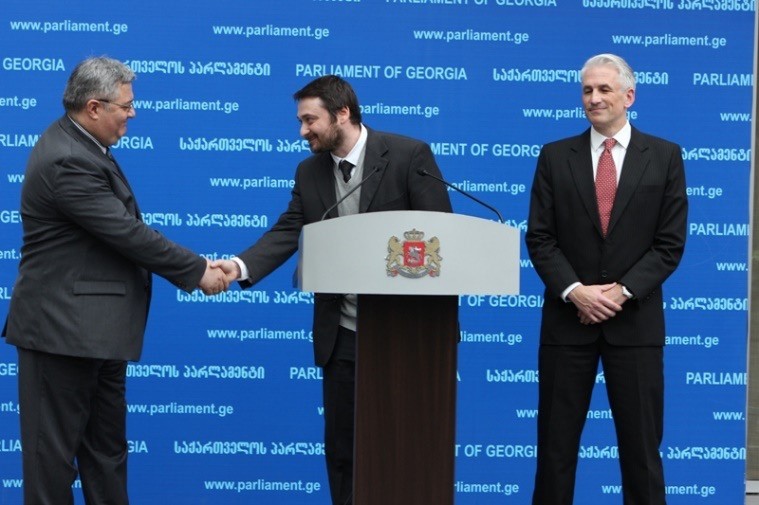 As a member of the Open Government Partnership (OGP) Georgia has already adopted its third Action Plan for the years of 2016-2017. It should also be noted that in the years of 2012-2017 the Government of Georgia carried out many important obligations through the action plans that our country adopted in previous years.

Moreover, on April 30th, 2015, Parliament of Georgia and Non-Governmental and International Organizations participating in the Open Parliament Georgia Working Group, signed the Memorandum on Parliamentary Openness. As a result, Georgia became the first country in the region that started implementing the Principles of Open Parliament.

It is noteworthy that in the year of 2015, Parliament of Georgia was awarded with the OGP Government Champions Award at the Open Government Partnership’s Global Summit. More precisely, the award was given to the Inter-Factional Group for an ideal cooperation with the civil society and for successful input of the civil society initiatives and recommendations into the national Action Plan.

Furthermore, Georgia was nominated for Bright Spots Prize at the Open Government Partnership’s Global Summit that was held in London, Great Britain. Namely, Georgia was placed among 7 other finalists for enactment of the legislation related to proactive disclosure of public information.

Based on the aforementioned, we can conclude that the fact that Georgia was chosen as a Chairman of OGP is a great success for our country and can be considered as a step forward in regards of development of freedom of information and building of democratic society.

The main goal of the Brazilian Meeting was to determine the progress of implementation of the commitments undertaken by the member countries and to define the course of OGP. Furthermore, in order to implement the OGP Principles, government and civil society representatives presented their action plans. 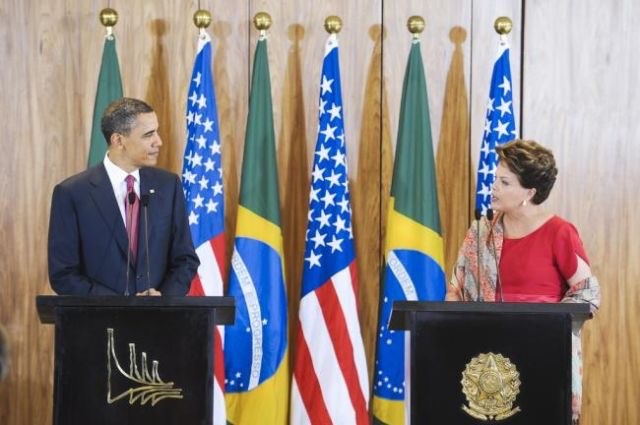 On October 31 – November 1, 2013, second Global Summit of Open Government Partnership was held in London, Great Britain. It was attended by more than 1,000 representatives of the member countries. As for the Georgian delegation, it consisted of the Minister of Justice and the representatives of “Institute for Development of Freedom of Information” (IDFI).

Participating countries discussed progress of implementation of the OGP Principles and outlined new goals and challenges. The following priorities were determined at the London Summit 2013: Ensure of government openness, support of financial transparency in order to develop democracy and eliminate corruption, elaboration of global accounting standards in order to ensure transparency of utilization of natural resources, increase of dialogue and cooperation between governments and citizens and other.

Each participating country named new commitments to be included in their newly adopted action plans. Georgia committed to establish an integrated database of the public information (data.gov.ge) and to adopt a new Law on Freedom of Information. 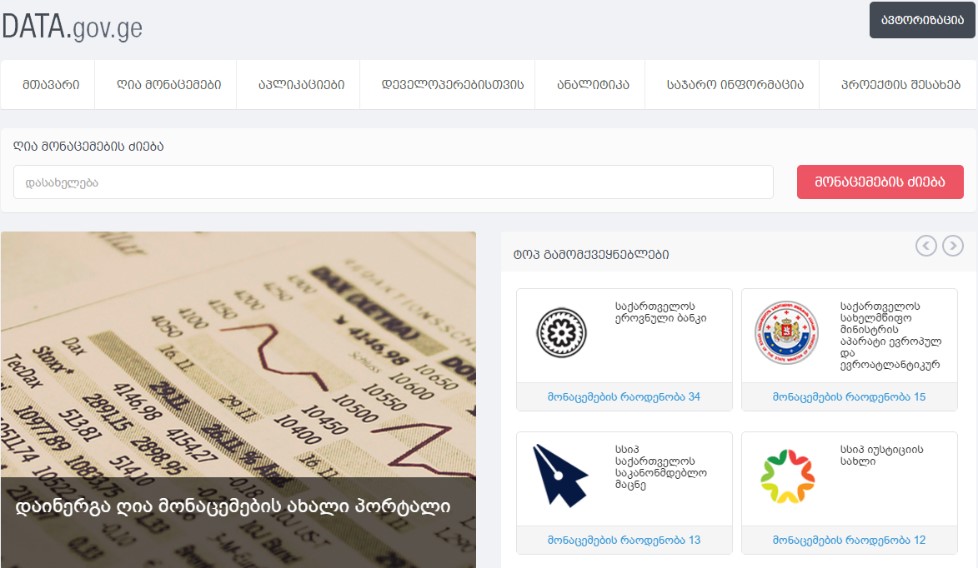 Moreover, Georgian delegation participated in the meeting of the Freedom of Information working group. The aim of the latter was to support implementation of the obligations related to freedom of information. 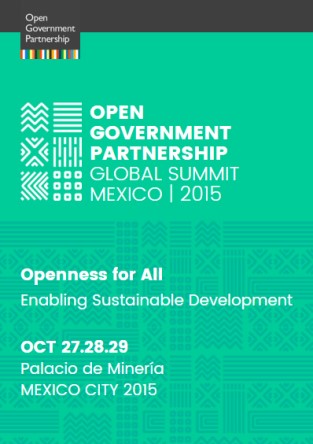 Third Global Summit of Open Government Partnership was held on October 28-29 in Mexico City, Mexico. Approximately 1,500 representatives of civil society, business sector and governments were presented at the Summit. The OGP Civil Society Day was traditionally held the day before the Summit. The aim of the aforementioned day was to deepen partnership between the OGP countries, increase the number of member states, exchange experiences and expend commitments of OGP.

Mechanisms for implementation of parliament openness were also discussed at the Mexico Summit. Furthermore, the OGP Summit emphasized the importance to include judicial branches of governments in implementation of the OGP Principles. Within the Summit the Legislative Openness Working Group carried out training on legislative openness. Within the aforementioned training, various important issues were discussed, such as the role of technology in development and support of the legislative transparency, experience of the member countries in adopting access to information related legislation, implementation of international standards for parliamentary ethics and other.

With the help from the Legislative Openness Working Group, a large number of participating countries committed to include legislative branches of governments in implementation of the OGP goals.

The participating countries also discussed the role of the Open Government Partnership in implementation of the 2030 Agenda for Sustainable Development Goals. 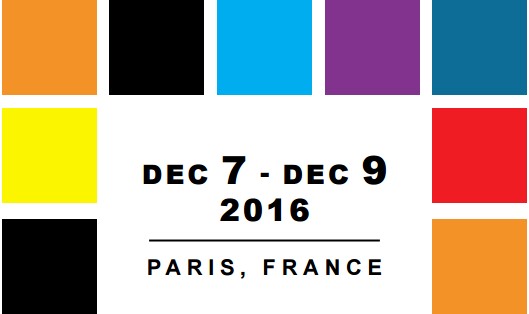 It will be attended by approximately 3,000 representatives of civil society, business sector and government. Representatives of the Government, as well as of the non-governmental organizations, including “Institute for Development of Freedom of Information” (IDFI), will be also presented at the aforementioned Summit.

One of the main events to be held at the OGP Summit is presentation and adaptation of Paris Declaration, which aims to support exchange of experiences and mechanisms of various governments and non-governmental organizations with other members of OGP.