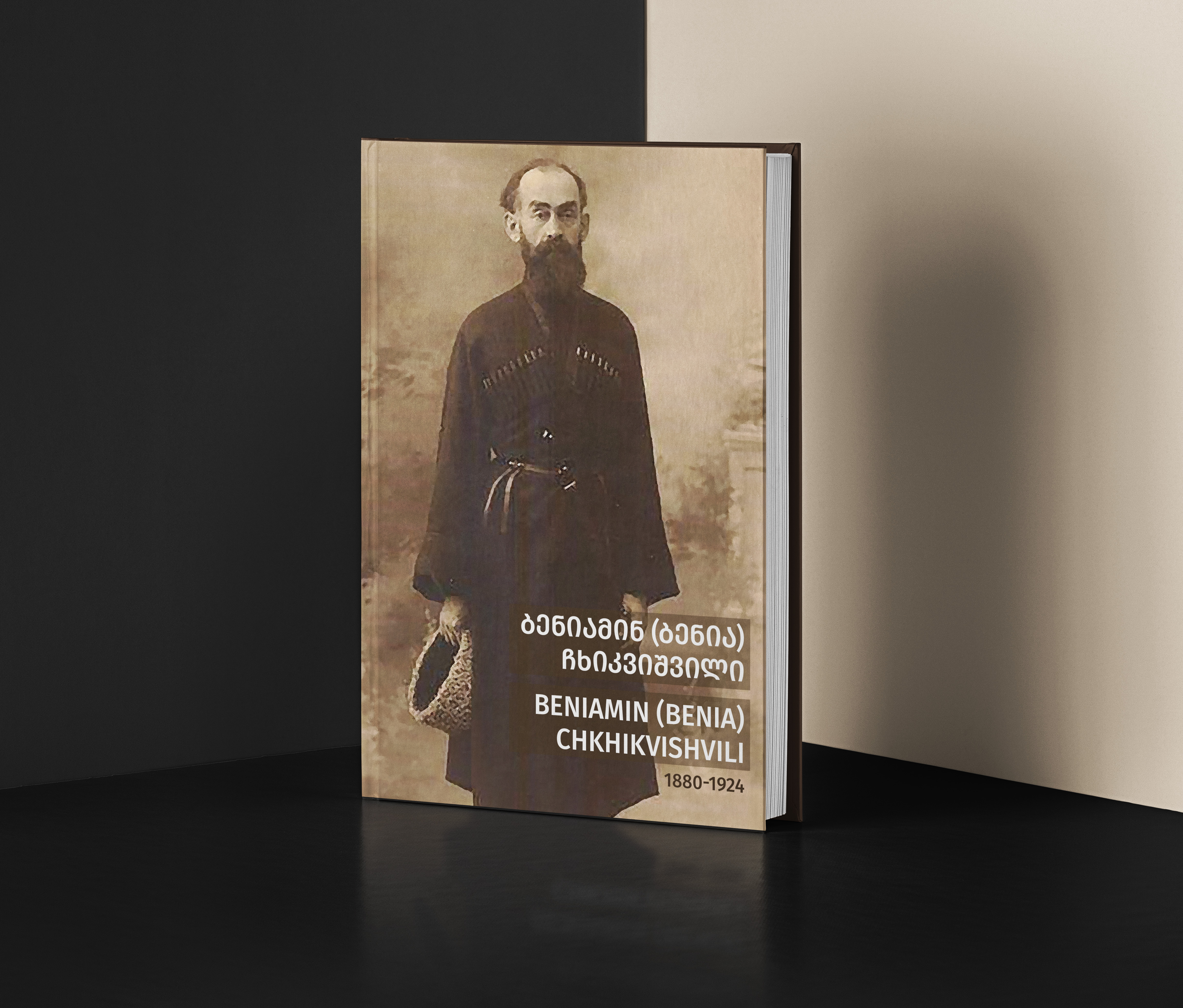 The Institute for Development of Freedom of Information (IDFI) presents the second memorial album dedicated to the distinguished political figure of the First Democratic Republic of Georgia, Benjamin (Benia) Chkhikvishvili, on the occasion of the anniversary of May 26, 2020. The author of the album is director and screenwriter Irakli Makharadze, who has previously published books - "Republic of Guria", "The Great Silent", "Georgians in America" ​​and other popular publications. The album includes documents and photographs preserved at the National and MIA archives of Georgia, as well as materials from family collections.

Sincethe 1900s, Benia Chkhikvishvili has been at the forefront of the revolutionary and national movement of Georgia: starting with the short-lived "Republic of Guria" and ending with Georgia's first democratic state, where he held several important positions. Benia Chkhikvishvili was always sent where the country needed his experience and leadership qualities the most: he was sent to Sukhumi from November 1918 to April 1919 and under his leadership, the tensions were defused, the fight against criminals succeeded and the elections were held. After Benia’s working as a representative, except for the minor incidents, there were no massive demonstrations in Abkhazia. After that, he successfully coped with the duties and responsibilities of the Mouravi (Mayor) of Tbilisi, introduced many innovations in the capital and distinguished himself by establishing order. In 1920, he was active in Batumi at a time when British troops were leaving the Adjara region and handing power over to the Georgian government.

After the invasion of Soviet Russia in Georgia, Benia Chkhikvishvili went into exile in Constantinople without his family and then he based in France. How he suffered from the separation from his family is visible in his letters sent to his wife and children:

“19/IX 1923. My dear boy, Grisha. Darling, I hug you and kiss you. Remember, son, that your father’s heart is dead without you, waits for you and lives with the hope to see you. When you grow up, you will understand that I have no fault for your struggle… Son, be obedient to you mother. Always cuddle Slavka and obey to you mother. Yours, Benia”.

In 1924 he secretly returned to take part in the uprising. Benia Chkhikvishvili was arrested on 25 June 1924 at Aleksandre Landia’s apartment. He was questioned on 11 July of the same year for the first time. He refused any connection with Noe Zhordania’s letter and illegal Central Committee of Social-Democratic Party. He explained to the investigators that he had arrived to take his family, livening in Vladikavkaz, with him as long as he was going to resettle in Czechoslovakia, that this was the only purpose of his arrival and there was no any other objective.

On 30 July 1924, after the hearing, the proxy of the Special Committee of the Georgian SSR, Jalaghonia requested Chkhikvishvili to be resettled from Georgia into one of the labor camps in a strict isolation for five years. Together with the other Georgians, he was put in the Suzdal prison.

On 30 August 1924, on the request of the government of the Transcaucasian SFSR, the head of the USSR Political Administration, Felix Dzerzhinsky sanctioned the shooting of the leaders of the Georgian resistance movement: Benia Chkhikvishvili, Noe Khomeriki, Gogita Paghava, Giorgi Tsinamdzghvrishvili and Vaso Nodia. The Georgians were taken to the Russian territory from Suzdal isolator and shot.

We would like to express gratitude toward the following institutions and individuals: The National Parliamentary Library of Georgia for the publication of the Memorial Album. The National Archives of Georgia and the Archives of the Ministry of Internal Affairs of Georgia for the provision of archival documents and photos. Descendants of Beniamin Chkhikvishvili: Ms. Eka Chkhikvishvili and Mr. Givi Bolkvadze, for providing photos and other materials. Ms. Esma Mania, for perfecting Georgian texts. For the support and helpful advice of a historian, Giorgi Mamulia. Researchers of the First Democratic Republic of Georgia and all those interested in history.