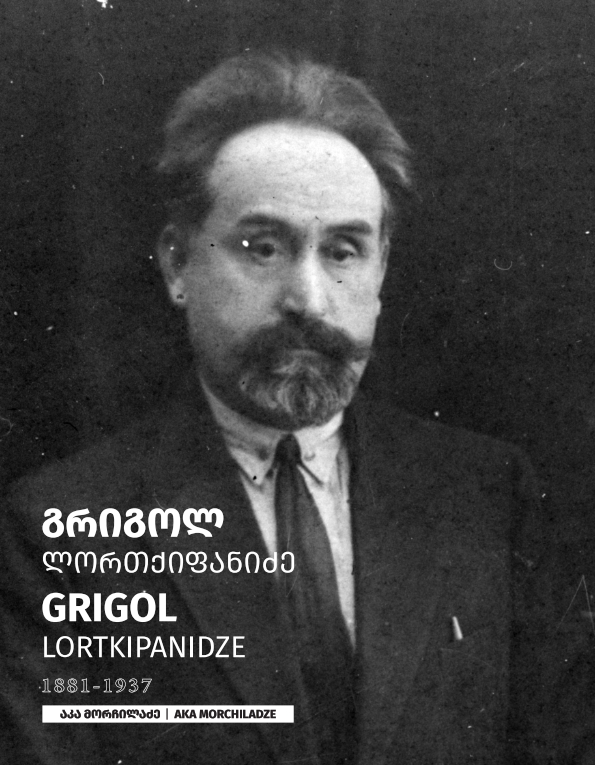 The Institute for Development of Freedom of Information (IDFI) presents the third Memorial Album dedicated to the distinguished political figure of the First Democratic Republic of Georgia, Grigol Lortkiphanidze (1881-1937).

This is the memorial album dedicated to one of the most important figures of the First Democratic Republic of Georgia – Minister of Military and Education, Deputy Chairman of the Government, Grigol Lortkipanidze, who experienced the tyranny of the Russian Empire first and then the Soviet Union and, finally, fell victims to the Stalin’s repressions of 1937. This album is dedicated to a great theoretician and thinker, who had well-substantiated and objective opinions about key economic, political and social issues that were essential for the democratic development of Georgia. This is dedicated to a man who had high humanistic ideals and motifs.

During his exile into the Soviet labor camps, Grigol Lortkipanidze dreamed of seeing liberated Georgia. It was his will to be buried in Akhaltsikhe or the village nearby – Benara – „where the past and future of the Georgian people met each other and his revived homeland would develop“. Unfortunately, his will could not be accomplished – until today, the location of Grigol Lortkipanidze’s grave, who was tortured by the executioners of the NKVD, remains secret.

The author of the introduction of the album is well-known Georgian writer, Aka Morchiladze:

„Grigol Lortkipanidze - in simple language “Menshevik”, who, as it would be said about the people of his lifestyle and nature “sacrificed himself for this country,” is among the undeniably outstanding and less mentioned heroes in the gallery of the tragic figures of Georgia of the previous centuries. An amazing man with a fascinating life and even more captivating character: diligent, unbreakable, educated, conscientious, smart politician. His state activity lasted for just two years and eight months in the turbid and unique times of the Democratic Republic of Georgia. Further, he spent most of his life in katorgas, prisons and exile in Tsarist and Soviet Russia. Hence, Grigol had lived far from his homeland, toiled with limited or even no rights at all.“

“Actually, it is ten years of life, the years of youth - from twenty to thirty. Regardless of the dry or rich narrate, it includes two prisons, two exiles, twice being a student and a profession of revolutionary. In those years, Georgia had a lot of people with similar data as Lortkipanidze. And the history decorates them with the various epithets. The best word, relevant for Grigol Lortkipanidze since his youth, is a “thinker”. Regardless of all this mess, he managed to graduate from the University of Odessa”.

“History is his weapon, but not the only one. Lortkipanidze has many tools and is among those rare bright minds who can see not only the whole picture but also use plain and sound logic. He writes simply, deeply, understandably, is an exceptional narrator and such a public lecturer, who opens the mind of the listener.”

The documents included in the album were searched and described by the head of Memory and Disinformation Studies direction at IDFI, Anton Vatcharadze and a researcher employed at the Tbilisi State University, Salome Tchanturidze.

IDFI thanks for their contribution to this memorial album the following people and organizations:

The heads of the National Parliamentary Library of Georgia – Giorgi Kekelidze and Mirian Khositashvili.

The National Archives of Georgia, to the Information-Analytical Department of the Ministry of Internal Affairs of Georgia and the National Centre of Manuscripts for providing us with documents and photos.

Grigol Lortkipanidze’s grandchildren: Nino and Natia Lortkipanidze, Mzia Baakashvili and the great-grandchild, Sandro Khubuluri for providing us with photos and another kind of materials.

Levan Rukhadze’s - then the member of the Constituent Assembly of the Democratic Republic of Georgia - descendant Tamara Sartania and her family for giving us access to documents.

Grigol Lortkipanidze’s Society and its President, Paata Surguladze for their Support.