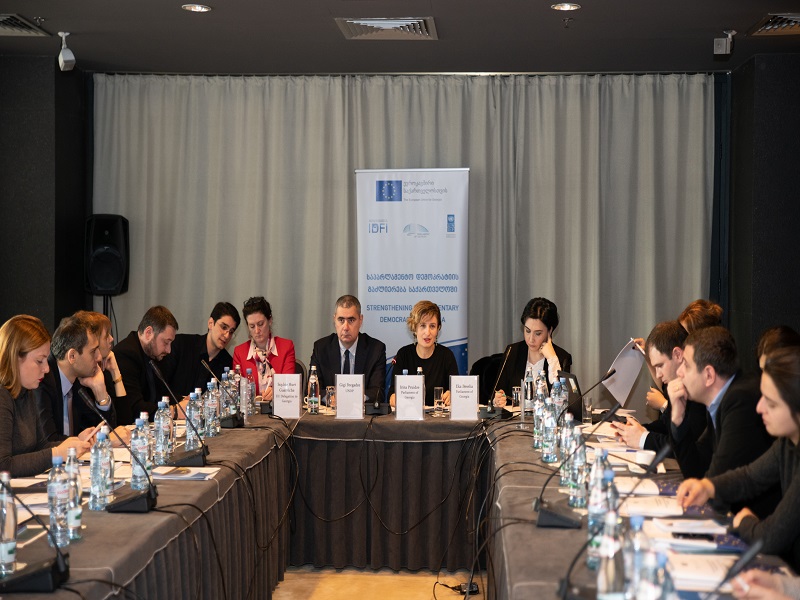 Permanent Parliamentary Council on Open Governance and its Advisory Group discussed the implementation of the commitments under the third Open Parliament Action Plan. The meeting was held with support from the European Union (EU) and UNDP Georgia in cooperation with IDFI.

“We actively started implementation of the new action plan. We have set up 4 working groups, which have already undertaken their activities. Today, we discussed two strategic documents that IDFI developed: draft Communication Strategy & Action Plan of the Council as well as the draft Social Media Communication Concept of the Parliament of Georgia”, - Irina Pruidze noted.

Chair of the Legal Issues Committee Eka Beselia spoke about the activities of the Working Group on creation of the Civic Engagement Center in the Parliament of Georgia.

“Creation of the Civic Engagement Center is an important reform and a new conceptual vision that can make the Parliament more attractive for citizens”, - Eka Beselia stated. According to Beselia, the Center tasked with an complex task and it needs to meet new challenges and satisfy new standards. Eka Beselia also spoke about the problems that were identified through the analysis of existing practice, and presented planned solutions. 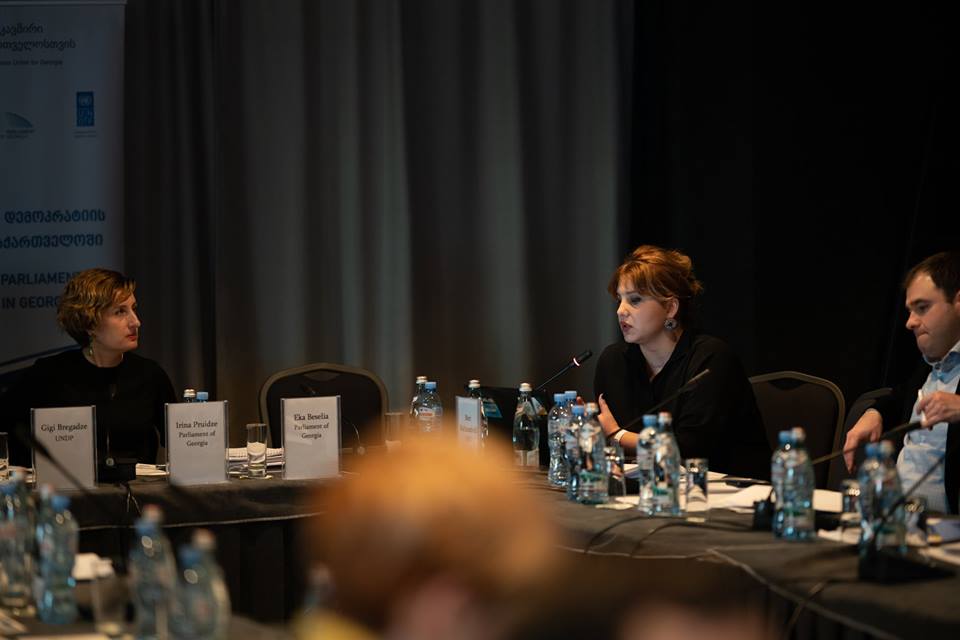 Strategy & Action Plan of the Council as well as the draft Social Media Communication Concept of the Parliament of Georgia presented by IDFI’s Communications Manager Meri Makharashvili.

Implementation of the strategy documents prepared by IDFI with the support from European Union in Georgia & UNDP Georgia should increase civic participation in legislative activities, promote new technologies & innovative approaches of the Parliament to ensure parliamentary openness, as well as increase public awareness about utilizing these technologies.

See photos of the event here.