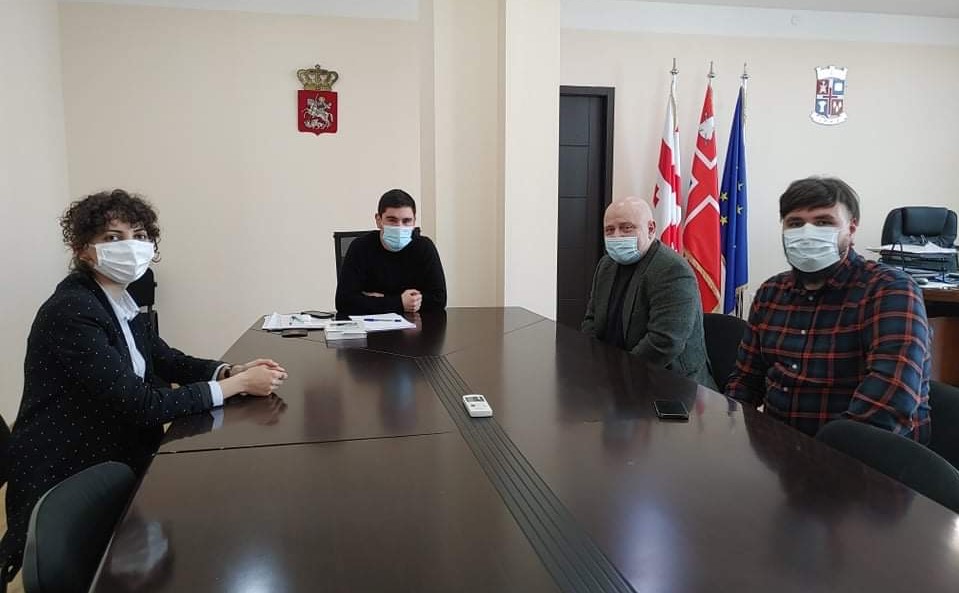 On February 11, 2022, the Institute for Development of Freedom of Information (IDFI) held an information meeting with Gori Mayor Vladimer Khinchegashvili on the project "Overcoming Disinformation and Nostalgia around Stalin: A New Identity for the City of Gori".

The project has been running since January 12, 2022 and aims to raise awareness  of the alternative history of Gori / Shida Kartli and replacing the figure of Stalin as an element of pride; In doing so it aims at identifying, analyzing, interpreting, and visualizing historical and archival materials concerning the history of the region/city; The project will create a new (online and physical) “identity map” based on the city’s history, superseding the figure of Stalin as the most important source of pride;

Disinformation narratives that are primarily based on the sentiments and nostalgia towards Stalin in Shida Kartli have been passed down from generation to generation and continue to play a key role in the region's identity and self-identification. Due to the constant instrumentalization of Stalin's legacy, the region is still nurtured by the myths surrounding Stalin.

Local organizations will be actively involved in the project: IDFI’s partners in the project are representatives of the Gori Information Center and the Photographers' Club. The project is implemented in collaboration with the creative agency Leavingstone and the Soviet Past Research Laboratory (SovLab). The participation of young people living in Gori will be essential for the aims of this project.

The city mayor promised his support for the project and to its authors. Healthy communication with the local authorities- City Hall and solving various issues in the shortest possible time  is the key to the implementation of the project. Vladimer Khinchegashvili expressed his desire to involve young people in the project, which will be expanded in the project.

The project is supported by the United States Agency for International Development (USAID) and Zinc Newtork.

Other Publications on This Issue
Overcoming disinformation and nostalgia surrounding Stalin: A new identity for the city of Gori - Stage 1  |   12 January 2022