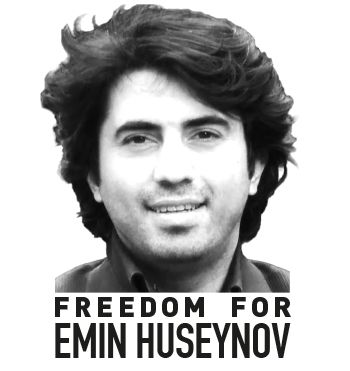 Director of a Partner Organization of IDFI from Azerbaijan, “Institute for Reporters’ Freedom and Security” (IRFS), Emin Huseynov, has been forced to hide at the Embassy of Switzerland in Baku since August 11, 2014. This information was spread on February 11, 2015 by the Swiss national television in a programme „Rundschau”. As it becomes known, neither the family nor the colleagues of Emin Huseynov had information about his whereabouts. They had no opportunity to get in touch with Emin Huseynov.

Emin Huseynov has sought refuge after the office of “Institute for Reporters’ Freedom and Security” (IRFS) was searched on August 8, 2014 by law-enforcement agencies of Azerbaijan. As a result of the search an inventory of documents and office supplies of the organization was made, and the office is still sealed. The web-site of the organization is also suspended. Despite such conditions, the employees of the organization try to continue their activities as much as possible.

The information about Emin Huseynov’s place of hiding has been confirmed by the Ministry of Foreign Affairs of Switzerland. According to the Ministry, Emin Huseynov was provided refuge due to humanitarian considerations, after which Switzerland along with the Authorities of Azerbaijan is considering possible ways out of the existing situation. However, the authors of the programme of Swiss TV believe that Huseynov’s hiding at the Embassy of Switzerland is not a very fortunate timing for bilateral relations between Switzerland and Azerbaijan, considering that SOCAR of Azerbaijan is planning to make investment in the Swiss filling station network ECCO, while a Swiss company participates in Trans Adriatic Pipeline project which is to provide Europe with gas from Azerbaijan.

After Huseynov went into hiding, he was accused of various criminal charges including tax evasion, illegal business and abuse of authority. He was forced into hiding since 2014 in the midst of unprecedented repression against civil society in Azerbaijan. The similar cases and charges have been held against human right defender Rasul Jafarov, Itigam Aliyev, Leyla Yunus, Arif Yunus, Anar Mammadli and Bashir Suleymanli. Admittedly, this was not the first fact of Huseynov’s controversy against the Azerbaijani authorities. Emin Huseynov had major health problems in the past, some of them originating from beatings by the police in 2003 and 2008, which had severe consequences for him. 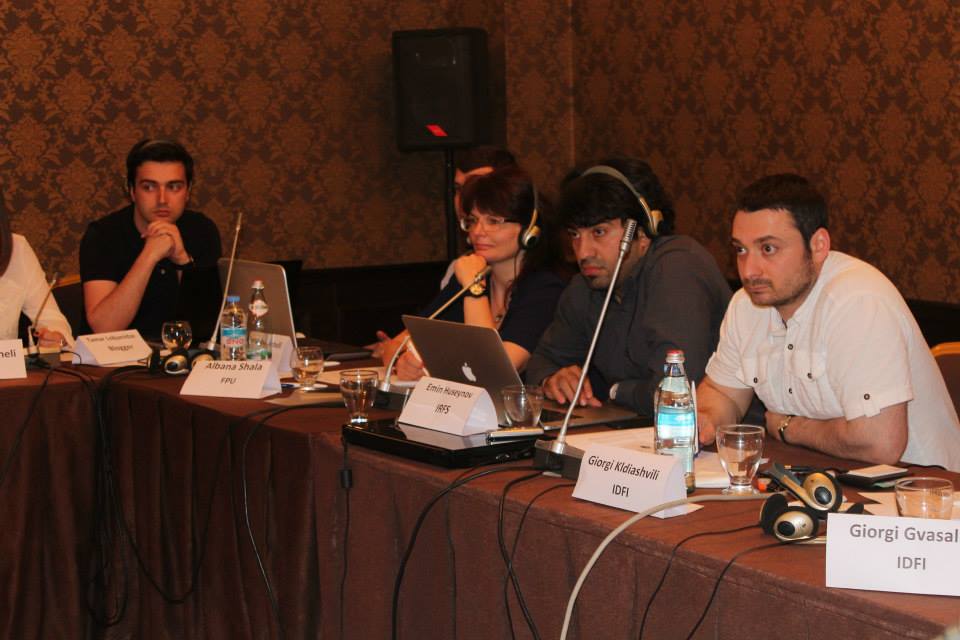 The repression against Huseynov includes actions against his family as well. Emin’s brother, blogger and also an IRFS employee, Mehman Huseynov was interrogated and arrested. In 2013 Mehman Huseynov was awarded with the Press Prize Award from Fritt Ord Foundation. His travel ban was issued days before he was to travel to Oslo to receive his prize. He is still not allowed to leave the country. On November 10th, 2014 he was stopped and interrogated at Baku International Airport once more and later released. On 1 December 2014, the identity cards of Mehman Huseynov were confiscated based on unclear grounds. His mother and other IRFS employee are also questioned and put under pressure by the authorities. Moreover, the lawyer of IRFS Gunay Ismayilova was attacked outside her apartment in the evening.

According to Florian Irminger, the Head of Advocacy at the Human Rights House Foundation, Emin’s location at the Embassy of Switzerland is justified by the level of the repression in the country, the bogus charges brought against human rights defenders in Azerbaijan and the impossibility for them to defend themselves in court, due to the lack of independence of the judiciary and the harassment of their lawyers.

It is worth mentioning that on 20th of March, 2011, the Human Rights House Azerbaijan received an order from the Ministry of Justice to cease all its activities until an agreement with the Azerbaijani authorities has not been signed. At the moment the organization office is still closed. 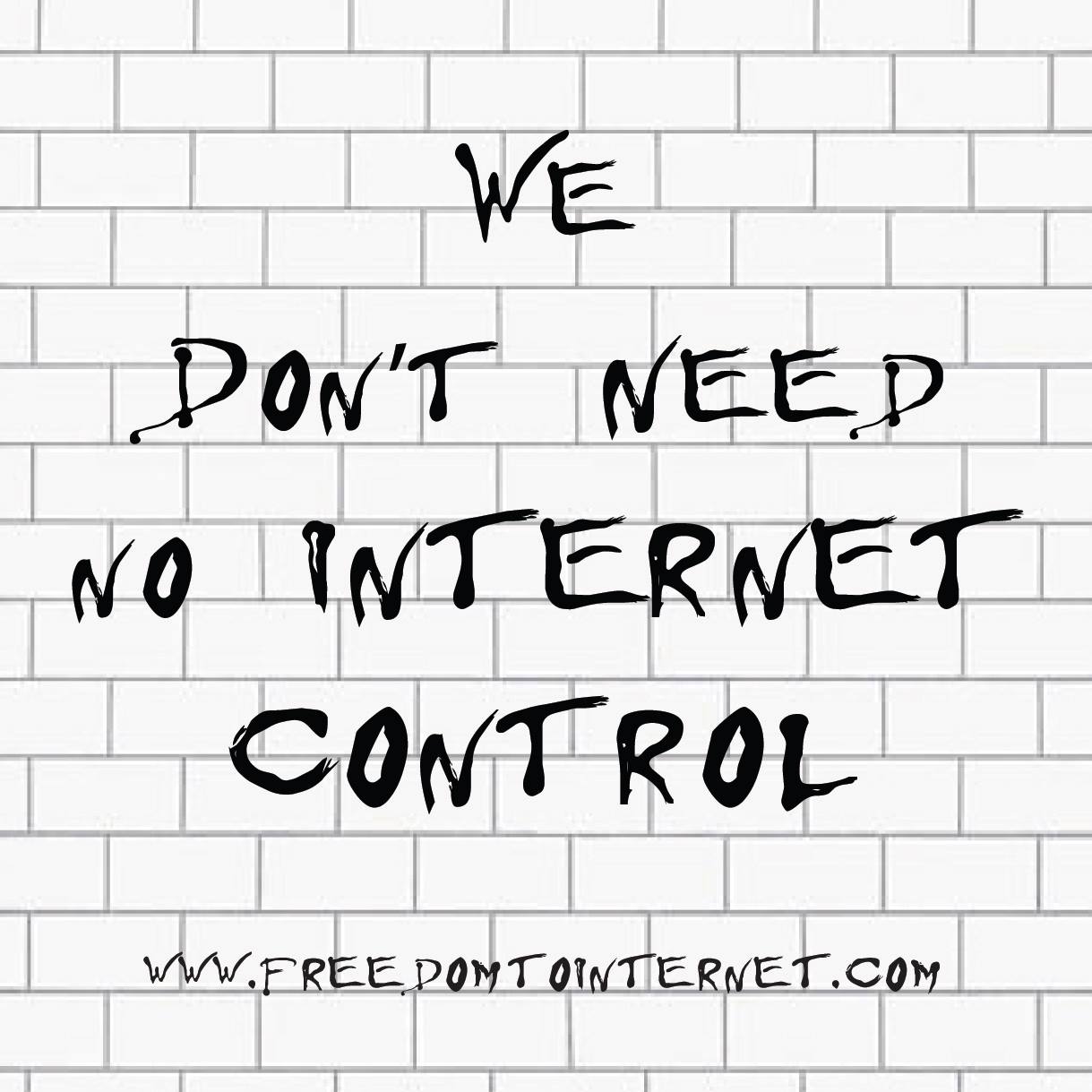 The international community has called on Baku authorities to terminate the investigation against Huseynov numerous times. For example, US Congress Helsinki Commission, IFEX and Freedom House representatives called on the Azerbaijani authorities to close the case against human rights defender Emin Huseynov.

Emil Huseynov is a prominent journalist, human rights defender and the director of the Institute for Reporter’s Freedom and Safety (IRFS). IRFS was established in 2006 by two Azerbaijani Journalists on the day of Freedom to Media as the answer to the Government’s pressure on freedom of expression.

It is worth mentioning that IRFS is of the first partner organizations of IDFI. The two CSOs collaborate since 2009 and have implemented several important projects together, the last project “Promoting Internet freedom in South Caucasus” was implemented by Free Press Unlimited and regional partners Institute for Reporters’ Freedom and Safety (IRFS), and Institute for Development of Freedom of Information (IDFI) with the financial support of Embassy of the Kingdom of The Netherlands In Georgia and Armenia in 2013-2014. Within the framework of the project an online platform www.freedomtointernet.com was created. the platform is an interactive map of South Caucasus which enables all interested people to report about cases of violations of Internet Users' Rights, see statistics of internet freedom violation etc.