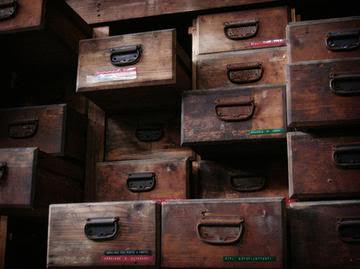 Today, whole civilized society agrees that the Soviet Union was a violent regime, and its actions were not less brutal than the savage acts of the Nazi Germany.

Soviet realm in Georgia continued for 70 years. For these 70 years people of Georgia were the victims of the Soviet Terror and at the same time were made to terrorize their own compatriots and the residents of other Soviet countries as well.

After collapse of the Soviet Union and the Eastern Bloc, former Soviet Republics, adopted the legislation on lustration which forbade occupying the high state positions to the former high officials of the Communist Party for a certain period of time. Moreover, legislation bans the right of the former employees and affiliates of the USSR intelligence service to hold the positions in public service.

On the one hand, the aim of these type of legislation was denouncing of the communist regime and condemning their acts of violence, and on the other hand, the laws on Lustration were assisting former Soviet States in Safety and Security. The laws on lustration were adopted by Lithuania, Latvia, Estonia, Hungary, Czech Republic, Poland, etc.

Unfortunately, Georgia was not able to adopt the law on lustration from the beginning of the independence. Furthermore, the members of the USSR intelligence service took in Moscow the considerable part of the Archive of the Former Intelligence Committee, and most, of the remaining part, of the Archive was destroyed by the fire during the Tbilisi War.

For the purposes of National Security, on 31st of May, 2011, Georgia adopted the Law “Charter of Freedom” that aims to protect the interests of State and the citizens, to coordinate the activities of state agencies in fighting against crime and terrorism, to monitor important facilities and cargo, etc. At the same time, the purpose of the “Charter of Freedom” is denouncing the Soviet totalitarian ideology. Communist dictatorship severely violated human rights; implemented mass terror forms that killed and imprisoned millions of people; oppressed fundamental personal freedoms of consciousness, thought, religion and expression. “Charter of Freedom” aims to prevent the restoration of the Soviet Totalitarian Regime.

To succeed the abovementioned purposes, “Charter of Freedom” prohibits the former employees of USSR intelligence service (Article 10th), and the individuals occupying the high positions in the communist party in the timeframe of 25th of February, 1921, till 9th of April, 1991 (Article 9th), to hold the certain state positions (Article 8th).

“Lustration” is a Latin word and means sacrificing. Almost 25 years passed since the collapse of the Soviet Union. Are the existence of such restrictive rules still justified?