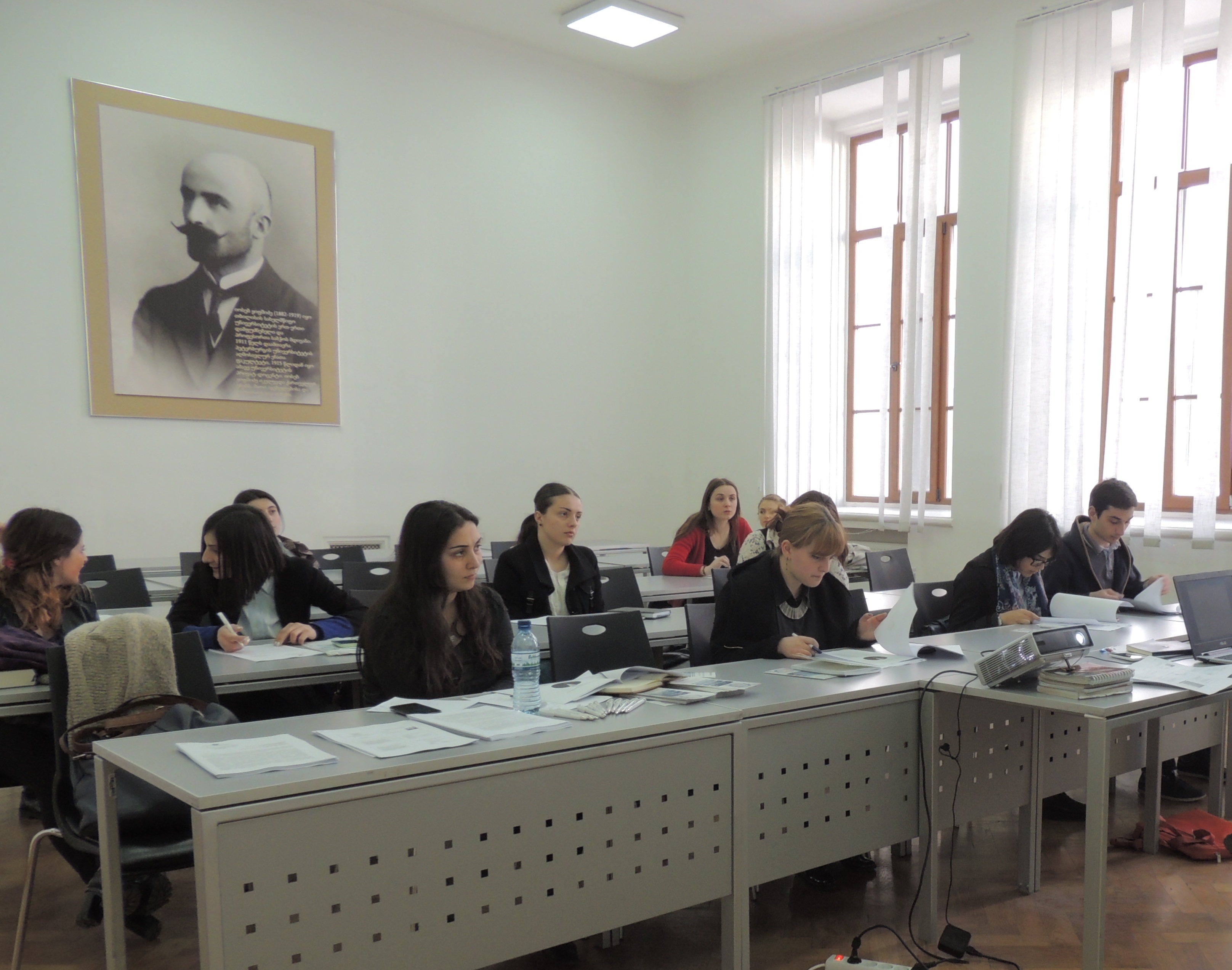 On 16-17 April, 2015 representatives of the Institute for Development of Freedom of Information (IDFI), Nino Merebashvili and Tamar Iakobidze conducted two-day training on the topic – legal regulation of access to information and practice in Georgia, held within the framework of the project “Personal Data Protection and Freedom of Expression” organized by Student self-government of Tbilisi State University and European Law Students’ Association (ELSA). Other partners of the project were the Office of the Personal Data Protection Inspector and Information Centre on NATO and the EU.

On the first day of the training, Legal Specialist of IDFI Nino Merebashvili discussed legal regulations of access to information in Georgia, introduced the procedures for filing Freedom of Information (FOI) request to the students and discussed obligations of public institutions. The commitment taken by Georgia as part of Open Government Partnership (OGP) initiative to adopt a separate legal act on Freedom of Information was also discussed. The representatives of IDFI presented to the audience recommendations of the organization on amending current legislation in Georgia. The trainers talked about the institution of Freedom of Information Commissioner and the existing international practice on the topic. The Legal Specialist of the organization also talked about legal practice of IDFI and the positive changes in the judiciary branch. 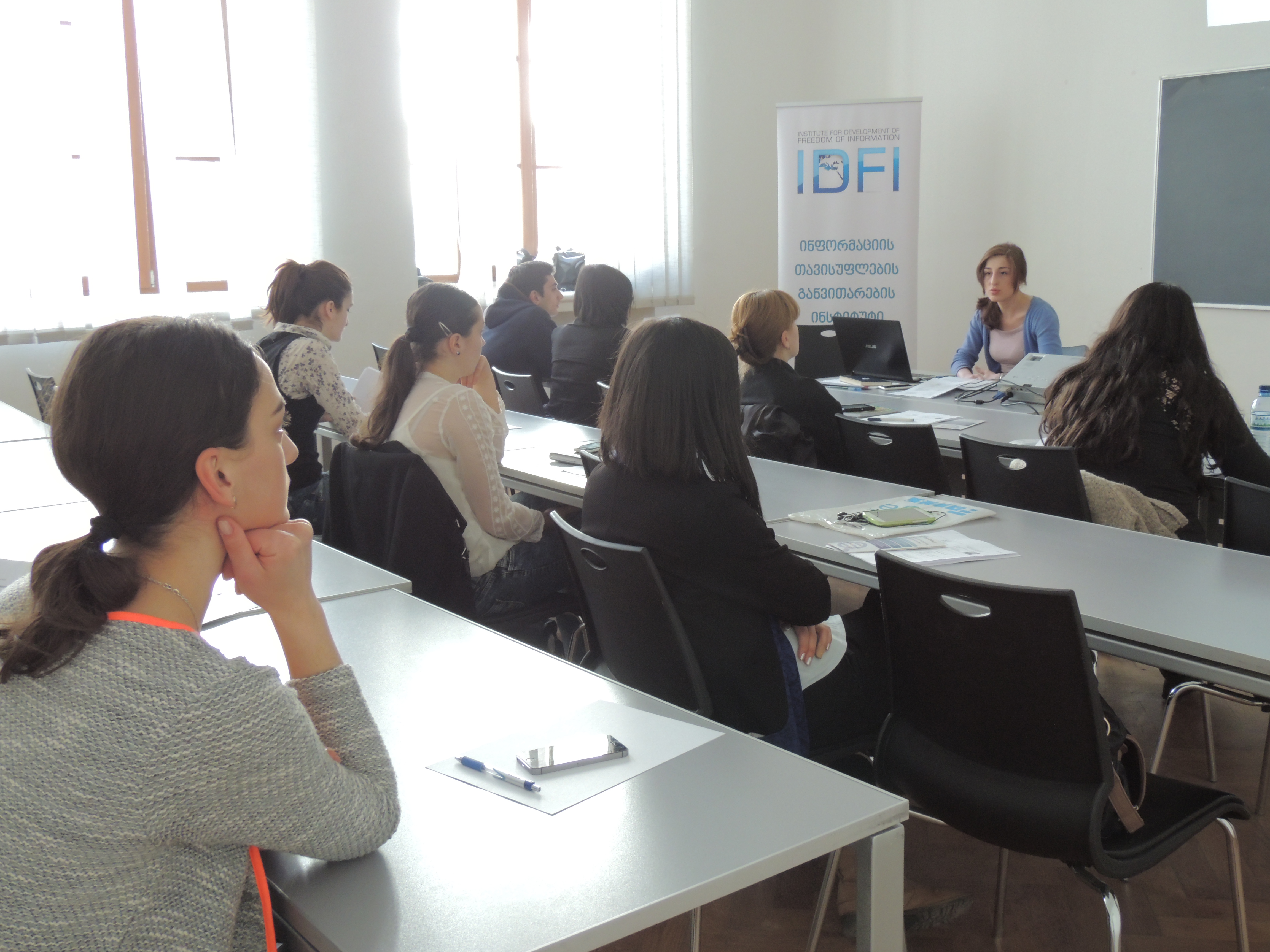 On the second day of the training the analyst of the organization Tamar Iakobidze talked about the practice of access to information in Goergia. The analyst covered the list of the most closed and transparent public institutions and presented detailed information on the Public Information Database www.opendata.ge, created by IDFI to the students. The database enables to find various public information requested by IDFI and its three partner organizations (Georgian Young Lawyers’ Association (GYLA), Transparency International Georgia (TI-G) and Green Alternative (GA)). During the presentation the analyst also discussed the effects of the 2012 Parliamentary Elections on the trends of access to information. The students were given a number of examples demonstrating cases when the level of transparency of the same administrative body has been perceptibly changed after the 2012 elections.

IDFI welcomes the initiative of TSU student self-government and ELSA to increase the knowledge of the students on the issues such as freedom of information and personal data protection. With this goal in mind IDFI and ELSA signed a special memorandum on March 9th, 2014. The memorandum based on cooperation of two organizations the memorandum aims to raise civic awareness on various issues including freedom of information, to popularize topics of high social importance, to reinforce transparency of public institutions and increase involvement of students in the given activities. Keeping in mind the importance of raising awareness of the society on access to information IDFI expresses its readiness to further cooperate with any educational institutions which shares the aims of the organization.