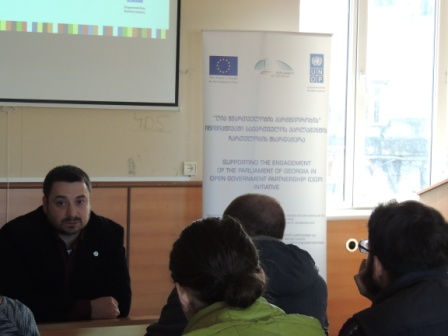 On November 15th and 22nd at the Tbilisi State University, the Institute for Development of Freedom of Information conducted a training course "Open Parliament - Voice of Youth" within the scopes of the project "Supporting Involvement of Parliament of Georgia in the Open Government Partnership". The Project is funded in the framework of European Union and the Parliament of Georgia Program: “Strengthening the System of Parliamentary Democracy in Georgia Project Document” which is implemented by the United Nations Development Programme (UNDP).

Training was conducted on following topics: Open Government Partnership, its mission and goals; Open Parliament Action Plan Georgia 2015-2016; and Significance of Civic Engagement in Public Policy. The speakers for the abovementioned topics were representatives of the IDFI: Director - Giorgi Kldiashvili, Project Coordinator - Davit Maisuradze and Analyst - Tamar Iakobidze. 42 students from the fields of social sciences, economics and law attended the course. 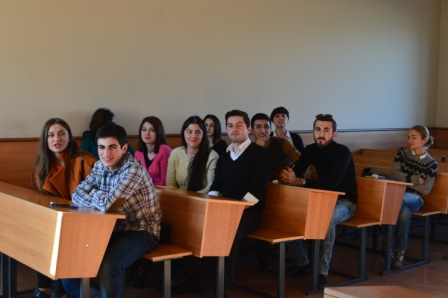 Giorgi introduced the students with the Open Government Partnership (OGP) which is a multilateral initiative that aims to secure concrete commitments from governments to promote transparency, empower citizens, fight corruption, and harness new technologies to make government more open, effective and accountable, leading to more efficient use of public resources, innovation and inclusive growth. Director of IDFI also talked about spheres of activities of the IDFI, concentrating on the importance of disclosing the public information and each individuals' possibility to request the public information. Training was conducted in a very open format, while students were encouraged and motivated to express their ideas on abovementioned projects and engage in discussions. 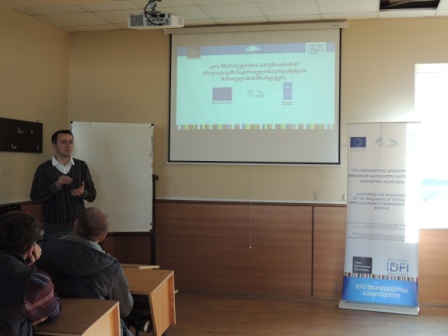 As it is mentioned above, Davit Maisuradze presented the Open Parliament Georgia Action Plan 2015-2016. The Action Plan aims to ensure openness of the Parliament and transparency of parliamentary information, and to facilitate citizen engagement in parliamentary work and legislative process in line with the principles of the OGP and the Declaration on Parliamentary Openness. The Action Plan included 18 commitments that were elaborated by the MPs as well as by the representatives of the international and non-governmental organizations. Students were curious to learn more about the initiatives laid out in the Action Plan, since as the terms of the competition request, in the end of the training participants are expected to work on their own initiatives and present them to the IDFI. The most important, realistic and relevant initiative will be selected to discuss its inclusion in the next action plan, while the author will be awarded with the kindle and s/he will also be invited at the meeting of the Inter-Factional Group of the Parliament of Georgia and Open Parliament Working Group for discussing the initiatives. 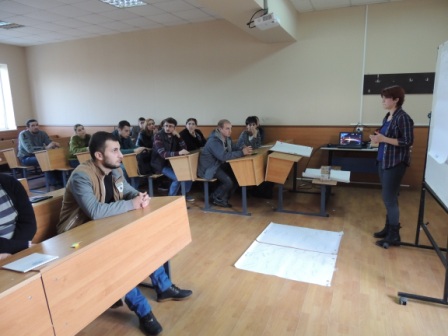 Tamar Iakobidze, Analyst of IDFI, explained students the mechanisms and possibilities for citizen involvement in the different stages of public policy making in national and local self-government entities. The session stirred debate about the Georgian reality in terms of personal involvement in raising a question in the agenda of policymaking, as well as elaboration of the project for solving the public problem and monitoring of the implementing project/policy. Students highlighted the problem that in many cases population does not know how to raise a certain problem in their communities - in local self-governments, therefore, they are unable to use the money allocated for their communities and in the end, people are left with the same problems and a big part of the budget unspent as a result of which, they receive smaller amount of budget for next year.

By 4th of December, students will be turning in their ideas and initiatives about how to make parliament more open and transparent and boost civic engagement in legislative activities. Initiatives will be reviewed by December 18th, the day when the authors of the most relevant, credible and interesting commitments will be awarded.