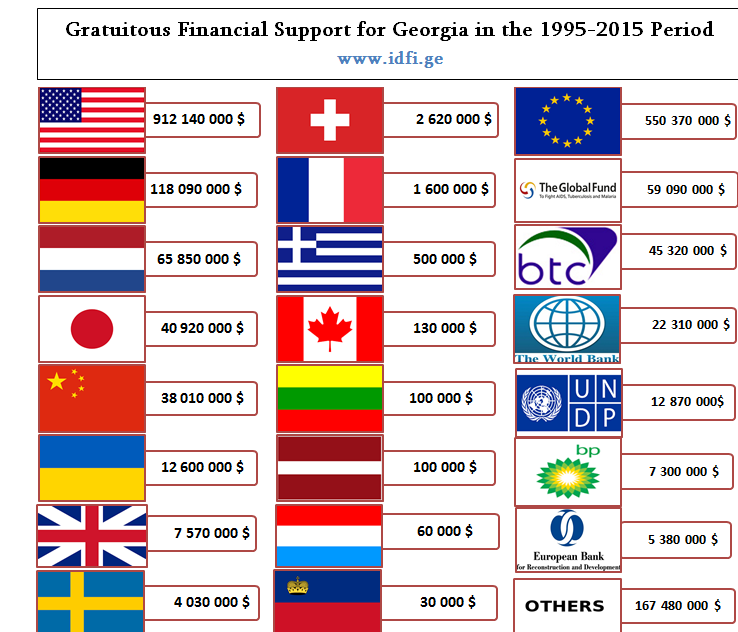 On December 4th 2015, IDFI requested information from the Ministry of Finance regarding gratuitous financial support to Georgia since independence from various states and organizations. According to information provided by the Ministry of Finance, the total sum of grants Georgia received from states and organizations in the years 1995-2015 equals $2 071 470 000 USD. From this sum, Georgia received the largest share in 2008 – $392 260 000 USD. Another important year in terms of receiving large amounts of grants has been 2010, when Georgia received $ 272 870 000 USD. In 2014, the total sum of gratuitous financial grants accumulated $ 182 140 000 USD; whereas, in 2015 up until November 23rd the total sum consisted of $ 129 500 000 USD. 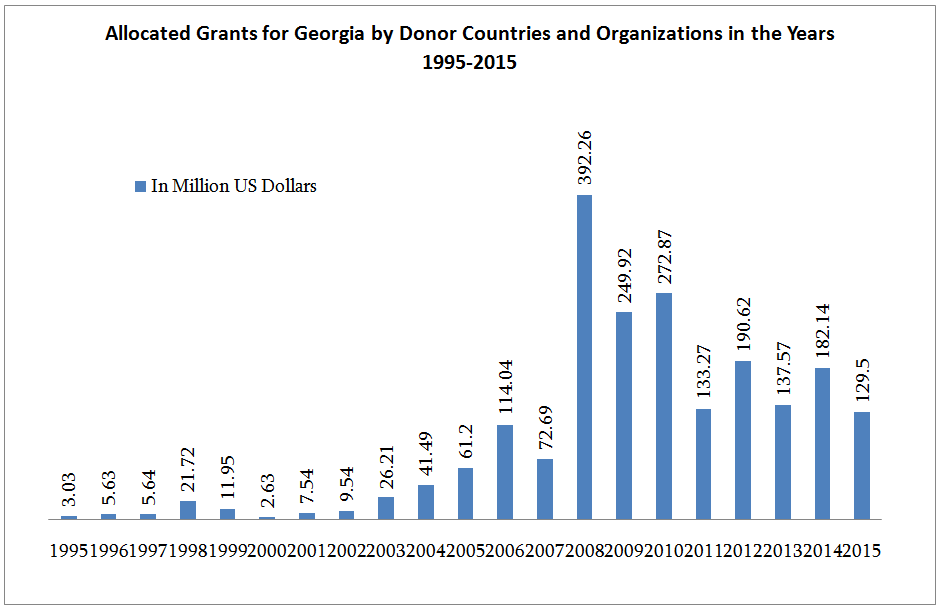 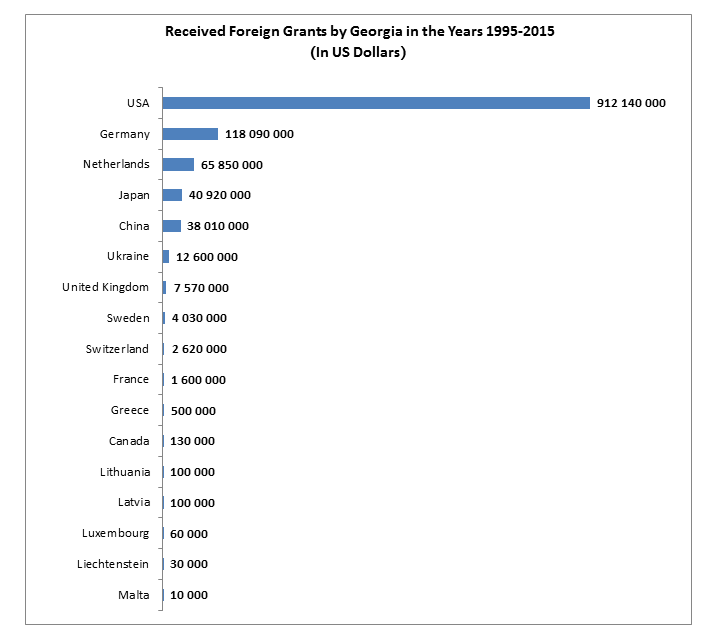 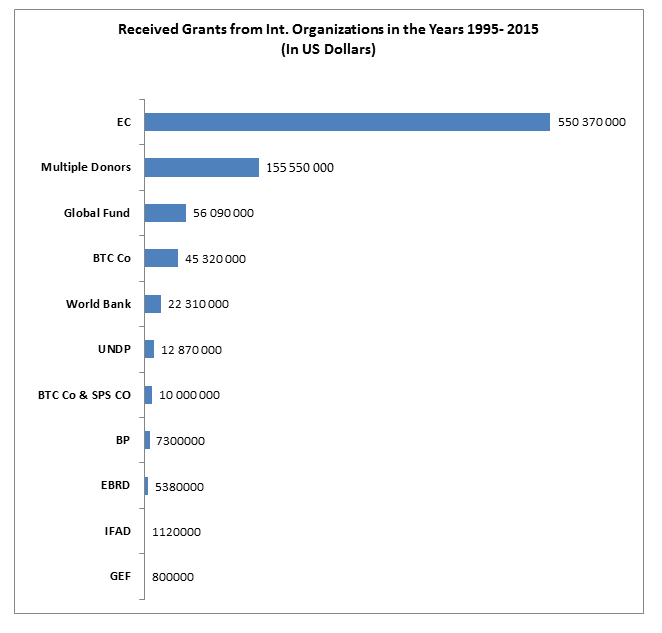 The data presented above indicates that Georgia received important financial support free of charge from the USA, European partners and various organizations such as the European Commission. Only the USA and institutions of the EU have allocated one and a half billion US dollars as grants. In addition to the grants, Georgia has also received other sources of support from its partners (easy credits, logistical support, financial support for defense, security, education and culture programsand others). It is important to highlight the fact that according to the received information by the Ministry of Finance, Georgia has received zero gratuitous financial support from the Russian Federation since 1995. 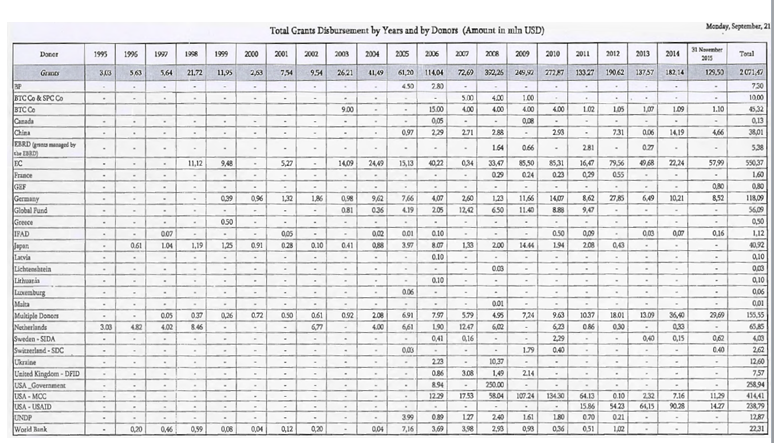