The Impact of Russian Money Transfers on Stability of Georgian Economy

On May 8th, 2015, IDFI presented research “Russian capital in Georgian Business”, which gathers information on the companies founded in Georgia and owned by Russian citizens. The research showed that the share of Russian capital in Georgian business is high and this can become one of the impediments of economic stability in the future. Especially considering that Russian capital is invested in such economic sectors as energy, water supply, oil products and communication.
This time we would like to present one more issue that can impede economic stability of the country - the money transfers to Georgia. By money transfers we imply the money which migrants send to their families or other relatives living in the homeland. 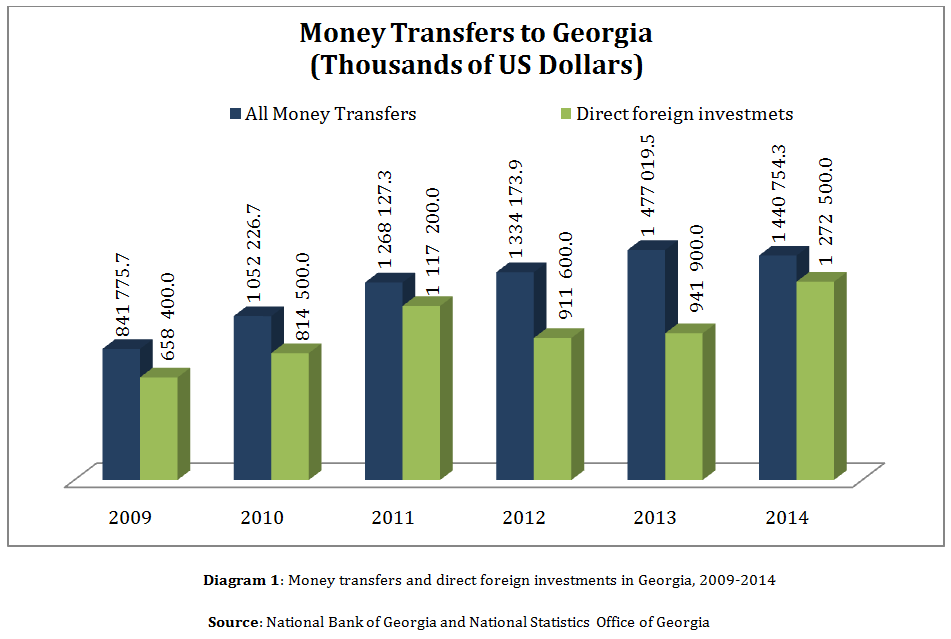 Considering that the largest diaspora of Georgians is represented in the Russian Federation, the biggest amount of money transfers comes from Russia and accordingly the influence of Russian Federation on Georgian economic stability is the highest (according to unofficial information from the Office of the State Minister of Georgia for Diaspora Issues, Georgian Diaspora in the Russian federation is about 800 000 people, which equals to the number of Georgian people residing in all the other countries counted together). According to the National Bank of Georgia, the money transfers from Russia to Georgia amounted to 709,2 million dollars in 2014, which is approximately 49% of total money transfers. 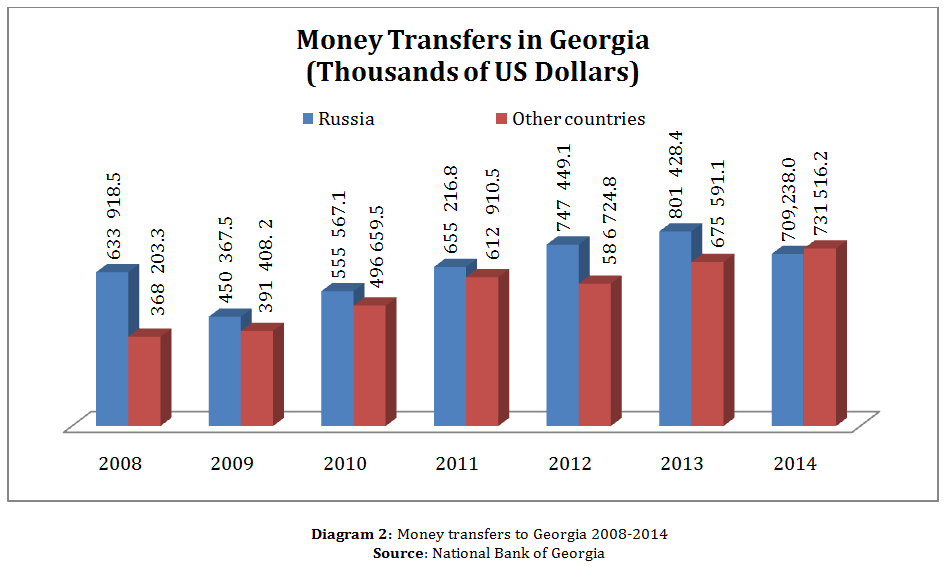 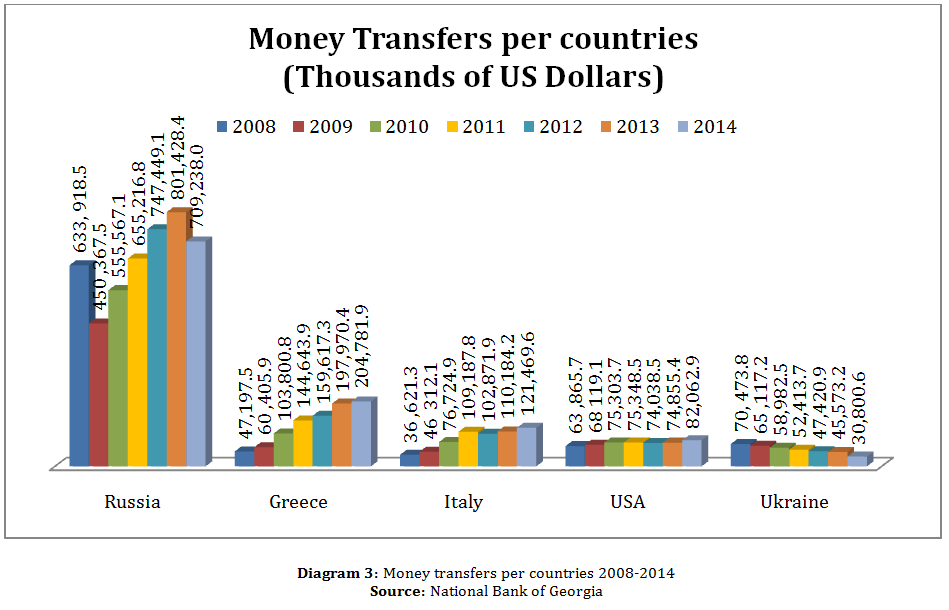 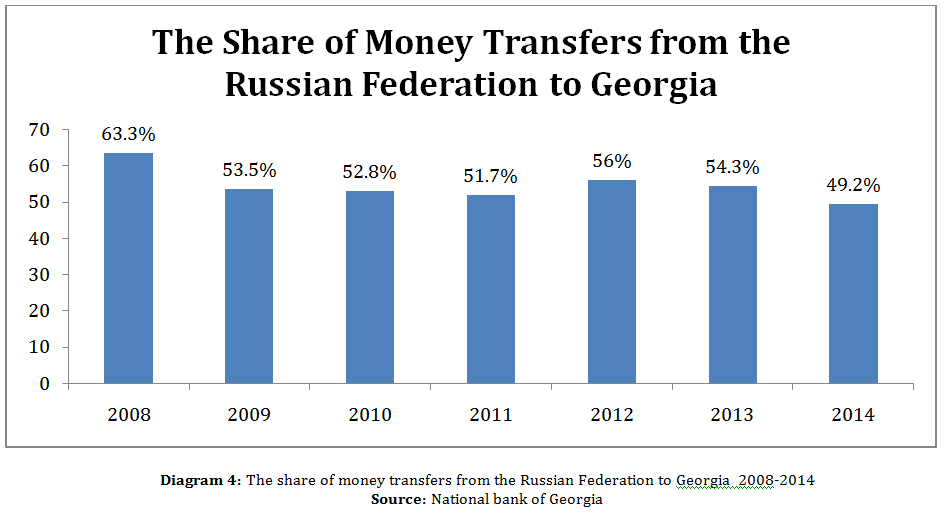 Generally, the amount of foreign money transfers is quite stable. But as the data about Georgia suggest, an economic crisis may have important influence on the amount of transfers.

Considering the fact that, the biggest share of money transfers comes from the Russian Federation, the economic instability of Russia had direct influence on the amount of money transfers to Georgia. For instance, comparing with the same period in 2014, the amount of transfers in the first quarter of 2015 has almost halved. This can be caused by the Russian economic crisis. It should be noted that, the similar situation occurred in the first quarter of 2009, which was presumably connected to the world financial crisis. 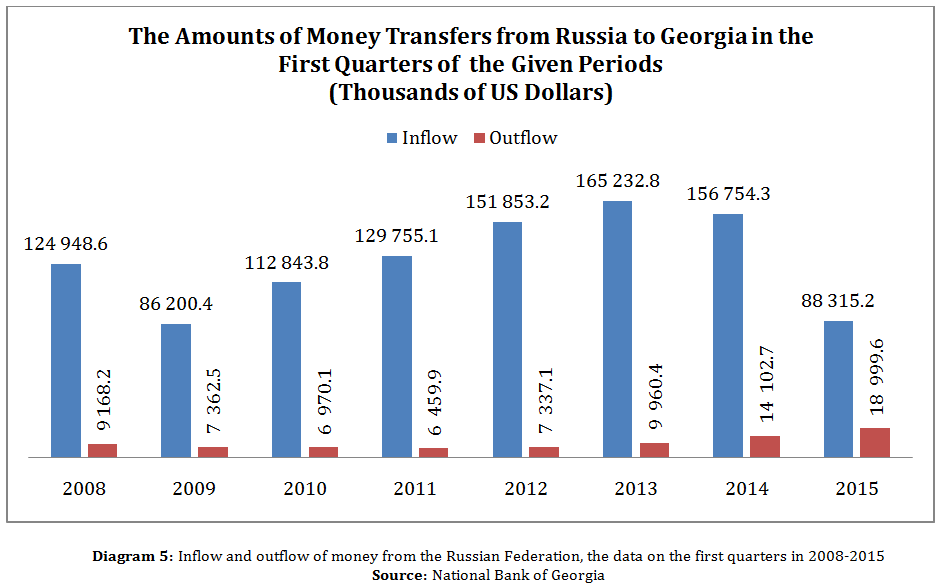 Studies confirm that money transfers have a positive influence on incomes of domestic economies and correspondingly on consumption growth, increase of economy indicators as well as the stability of exchange rates.

In this regard we suppose that the decrease of money transfers from Russia, which started since October 2014, could have a negative impact on economic environment in the country.

The graph given below illustrates net money transfers (difference between transfers to Georgia and transfers from Georgia) and the percentage of exchange rate changes between the national currency and US Dollar in the corresponding periods of the previous years. 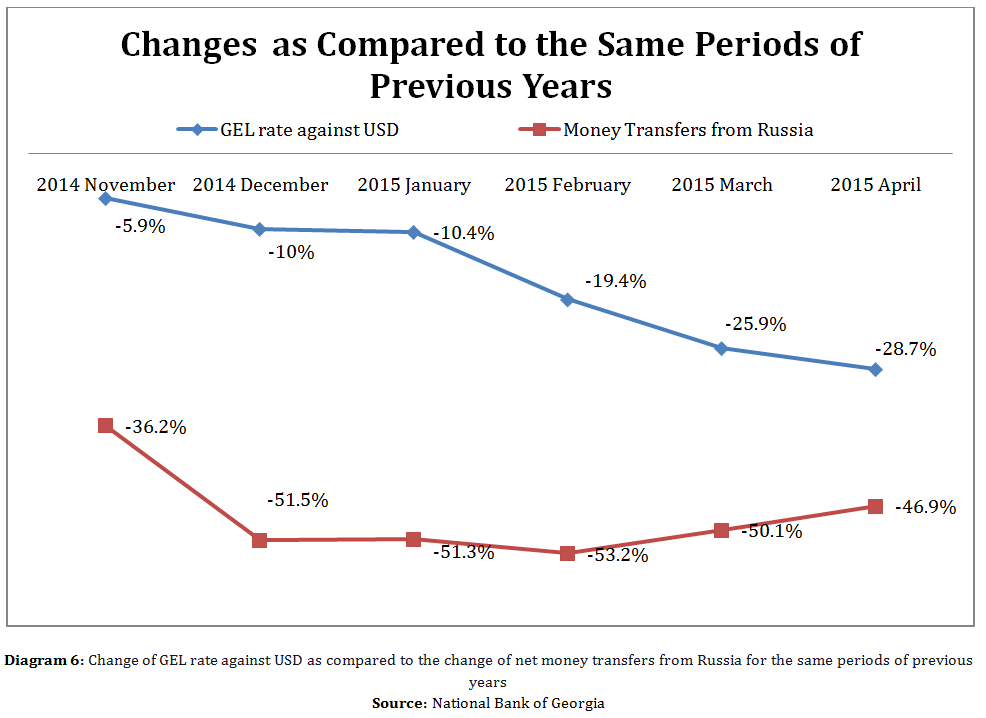 The data given above confirm that the economic crisis in the Russian Federation and the decrease of money transfers could be one of the main factors for national currency devaluation, which itself could have a negative influence on economic stability in the country.