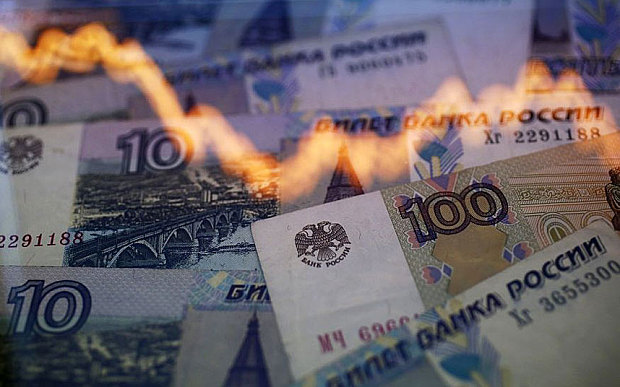 The research identifies those Georgian companies that are owned by Russian citizens, in different sectors. The research is based on the official documents and information reported by Media and includes information on how different properties and capital were transferred to the Russian owners.

According to the research, Georgian companies owned by Russian citizens are most widely represented in the energy sector. The largest player on energy market is “Inter Rao”. Shareholder companies of “Inter Rao” are closely affiliated with Russian authorities. Supervisory board of this company is comprised of - Viacheslav Kravchenko – the Deputy Minister of energy of Russian federation, Denis Fedorov – one of the heads of “Gazprom,” Igor Sechin – the president of “Rosneft,” Dimitri Shugaev – the deputy head of Russian state technology corporation, Vladimer Dimitriev – the head of Russian state owned corporation “Vnesheconobenk.” The management board is ruled by Boris Kovakchuk, who previously served as the head of priority projects department of Russian government in 2006-2009.

Inter Rao holds 75% of shares of JSC “Telasi” - the energy distributor company in Georgia, “Mtkvari Energetiki” LLC station and other large hydro electro stations – “Khramhesi 1” and “Khramhesi 2”. The biggest electro station in Caucasus region – “Engurhesi” is also under the management of Inter rao.

As it was identified by the research of the initiative group, the revenue raised from the sale of “Khramhesi” in 2011 ( GEL 99 774 000) was spent to finance the building of new parliament office in Kutaisi.

“Energy” LLC, registered in Georgia in 2010, holds Dariali Hydro electro station (HES), Larsi HES and Shilda HES. 70% shares of “Energy” LLC is owned by Russian citizen Mevlud Bliadze and the rest 30% is owned “Feri” LLC. By the information from the National Statistics Office of Georgia, investments of Mevlud Bliadze was enlisted as one of the biggest investment from Russia in 2011. Mevlud Bliadze operates a company in Russia which works o the construction and reconstruction of bridges. He also was awarded with the title of “Honorary engineer of Russia”.

A Russian citizen Ali Maraev owns a company “Energy Invest” LLC, which is to build the Avani HES.

Raul Kurdadze – a citizen of Georgia and Russia, owns a company “Pshavi Hydro” LLC, which plans to build the Skurdidi HES. Georgian government signed memorandum with Pshavi Hydro on June 19, 2014. At that time, the company was only counting several months of registration (registered on January 17, 2014)

Russian citizens are also present in the water supply field. Tbilisi water supply company “Georgian water and power” is owned by offshore registered company “Georgian Global utilities” LLC. One of the directors of the company is Mikahel Tuzov, who previously worked for different subsidiaries of Russian Inter Rao. Production Director of Georgian Water and Power is Aleksey Frolov, Russian citizen, which previously served as the deputy technical director of “Rosvodkanal” LLC. Georgian Global Utilities is also holding other water supply companies in Rustavi and Mtskheta.

Lukoil Georgia – a Georgian subsidiary of Russial Lukoil, owns 62 petrol stations in Georgia and is one of the largest importers of petrol in the country. Lukoil is one of those companies which were sanctioned by USA and EU after the annexation of Crimea. Another sanctioned Russian company – Rosneft, holds 49% in Petroca Energy LTD, which by itself owns petrol terminals in Poti, network of petrol stations, but this ownership is not registered in the national registry of Georgia. Transactions are executed through offshore companies. The owner of Petroca Energy LTD is David Iakobashvili – a Georgian businessman, now working in Russia.

Alfa Group holds the 44% of Vimpelcom. Georgian mobile operator “Beeline” is the part of Vimpelcom group.

According to the data of National Statistics office of Georgia, in 2014, 66 million USD dollars were directly invested in Georgia from Russia marking the 8th rank in the list of foreign direct investments in Georgia. The first place was taken by Netherlands with USD 331 million. It should be noted that there are offshore zones in Netherlands and all companies, which invest large capital in Georgia are registered in offshore. Therefore presumably there are different nationals and individuals standing behind these companies.