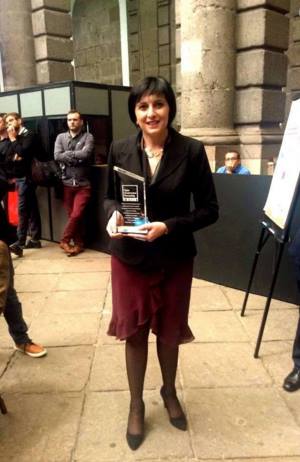 On October 29th, 2015, Tamar Kordzaia became a new Chairperson for the Inter-Factional Group of the Parliament of Georgia.

Editorial Group, along with the Open Parliament working group consisting of representatives from the International and non-governmental organizations, was primarily responsible for developing an Open Parliament Georgia Action Plan 2015-2016. The action plan was adopted by the Bureau of the Parliament on July 17th, 2015.

Open Parliament Georgia Action Plan 2015-2016 was elaborated within the scopes of the project "Supporting Involvement of Parliament of Georgia in Open Government Partnership Initiative", on which IDFI has been working since 20 14 with the support of UNDP and EU. The Action Plan includes 18 commitments focused on civic engagement, access on information, accountability, and technologies and innovations.

It should be mentioned that on October 27th, Inter-Factional Group was awarded with the OGP Government Champions Award at the Open Government Partnership Civil Society Day in Mexico City, Mexico, that was held within the OGP Global Summit 2015.

The Award was intended to showcase the ideal co-creation dynamic between the government and civil society while elaborating the National Action Plan; to provide a high-level political visibility to the key actors who have played an immense role in upholding the OGP commitments and award the team that shared responsibility, authority and co-created the Action Plan, successfully managed safeguarding the voice of civil society actors in the National Action Plan development process and embraced the recommendations from civil society regardless political sensitivity of initiatives and difficulty for the government.