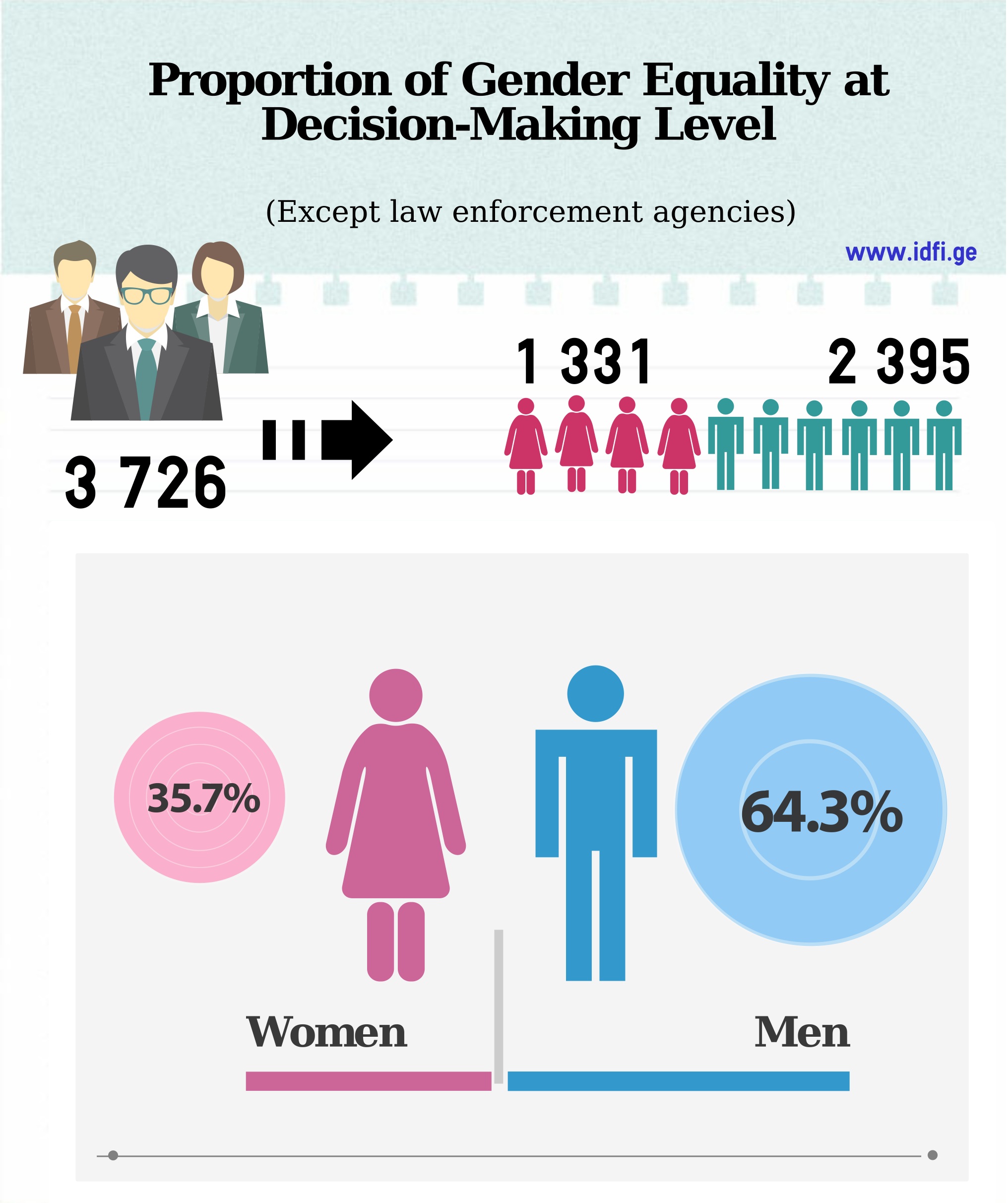 Due to high public interest, IDFI has been researching statistics reflecting the picture of gender equality in civil service for two years. Within the auspices of the research, the institute aimed at ascertaining to what degree gender equality is observed in civil service. The report presents detailed data on gender ratio of civil servants employed at the ministries, ministry sub-entities, independent legal entities of public law (LEPLs) and local self-government institutions.

The survey reflects statistical data on gender equality in civil service for March 2015.

Data received from public institutions and information processed from their official web-pages highlights that total number of 72 726 servants are employed in 141 public institutions (including law enforcement agencies). Out of the civil servants employed by 142 public institutions, 27 383 work for Government Administration and Ministries (including state ministries); 407 are employed at the Government and ministries of Autonomous Republic of Ajara; 33 117 work in ministry sub-entities (56 institutions); 5 174 – at local self-government institutions (42 at city hall and city council); 5 488 – at LEPLs and independent commissions (17 institutions); 1 157 are employed as the staff of the Parliament, or work for the offices of Majority MPs. In addition, it should be emphasized that, the data presented reflects the picture of gender equality in 141 public entities only (including Law enforcement agencies) for March 2015.

According to the study the picture of gender equality has worsened in a number of public institutions. 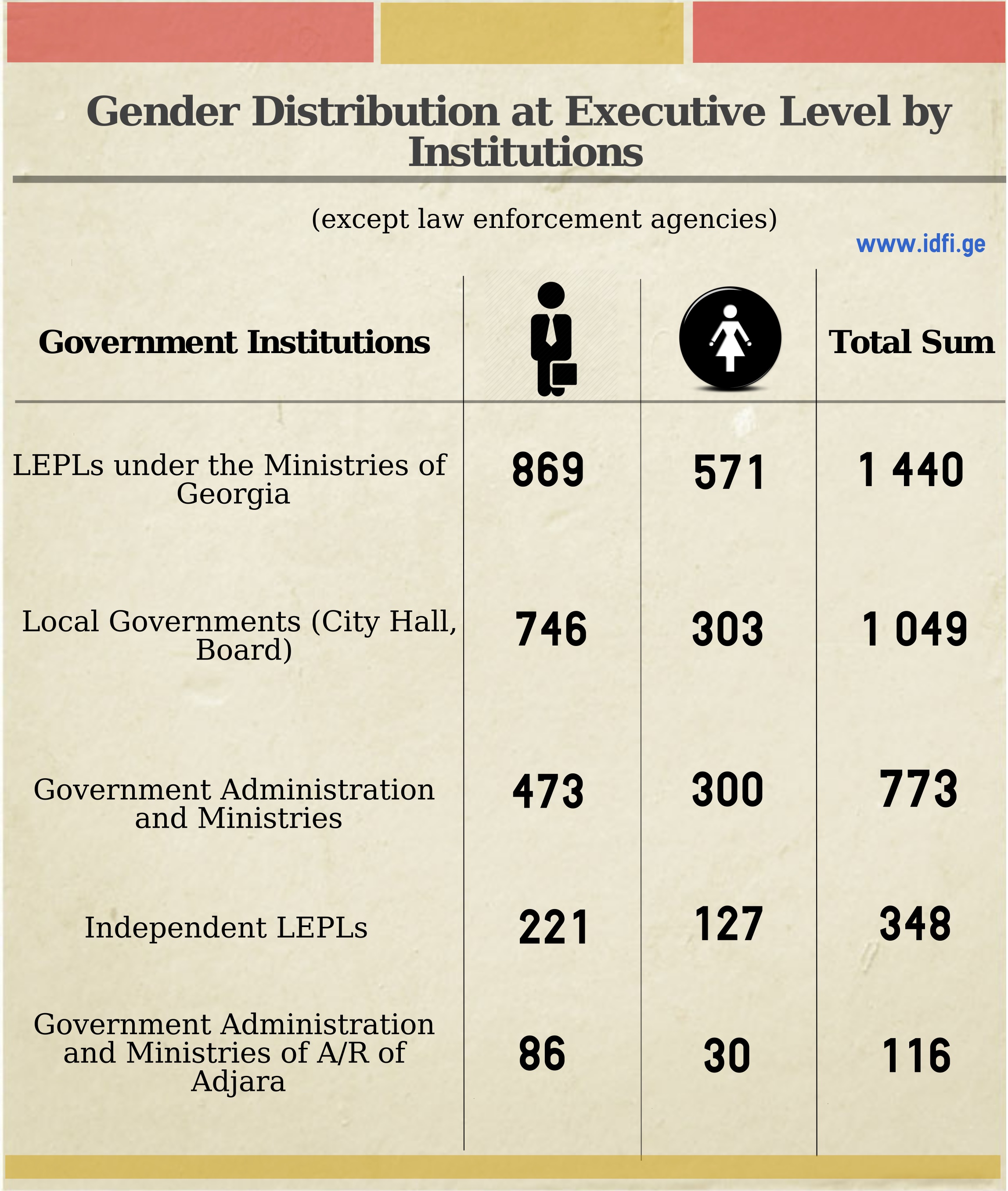