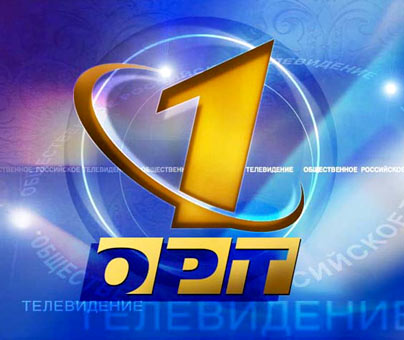 On November 2nd, the Institute for Development of Freedom of Information (IDFI) appealed to the Georgian National Communications Commission and requested sanctioning "R.B.G." LTD for violating Georgian law on “public broadcasting". The statement is based on the monitoring activities conducted by IDFI on programs implemented by "R.B.G" LTD, that is broadcasting a Russian public TV channel- “ORT” through the open digital TV programs network. The appeal to the regulatory commission to react on the violation was based on the requirements clearly defined by the law on broadcasting and the regulatory commission. The content of the broadcaster is simply a Georgian version of the programs made by the Russian public TV channel “ORT” and the logo of “Channel one Russia” with the inscriptions - “entertainment” and “test broadcasting” - is visible on the screen.

The Commission's case was based on the results of the monitoring carried out by the Department on Broadcasting Regulation, according to which, it turned out that "R.B.G" LTD  was involved in a multiplex of "Stereo +".  (TV station passed authorization process at the Georgian National Communications Commission on March 5th, 2015). TV channel was broadcasting Russian-language programs, with the Russian state channel (ОРТ) logo and inscription - "Грузия" (Georgia, in Russian). The order of published programs on the official website of "ОРТ" (http://www.1tv.com) – was identical to the signal of the "R.B.G" LTD.

In its letter the Department on Broadcasting Regulation officially referred to the obligation of producing TV programs with the broadcaster's own editorial responsibility, however, the Commission only fined "R.B.G" LTD for violating the article 451, paragraph 10, d) and f), - concerning pre-broadcasting of TV programs and showing the documentation about the rights of distribution of TV and radio programs, which "R.B.G" LTD had not fulfilled.

After sanctioning the broadcaster, "R.B.G" LTD addressed the Commission and requested modification of authorization for the entertainment programs instead of news and political programs. Thus, on the basis of a written request, the content of broadcasting was changed to TV series/entertainment programs on August 18th, 2015. By the decision of the Regulatory Commission, "R.B.G" LTD had to comply  with the broadcasting legislation, including compliance with the requirements of decisions and resolutions of the Commission.

Despite the warnings, violations committed by the broadcaster continued and we believe it is necessary to respond appropriately.

It should be noted that the channel and its programs are created in the Russian Federation by the "public" TV channel in Russian language and only then, translated into Georgian language. It is confirmed by the comparison of the web pages of Russian “Channel One Russia” (programs of ОРТ) and programs of the TV channel authorized in Georgia.

Besides the similarity of the content, the issue of funding of the TV channel is equally interesting, since the TV station is broadcasting, but has no declared income. In accordance with the Georgian Law on Broadcasting (article 451), TV channel must submit plan of funding and sources of funding, along with the data about intended broadcasting concept to the National Regulatory Authority. According to the law, information about the ownership and origin of chartered capital and assets, as well as the information about significant shareholder partners must be transparent within the frame of their asset declarations. It is certain that the data indicated during the decelerating process of funding sources at the Regulatory Commission is incorrect, since zero income has been recorded for a two-month period. It is also unclear, how the translation and aggregation of the content is financed or how more than 22,000 GEL are provided for the transmission of the channel.

“R.B.G.” LTD was founded by George Japaridze on February 17th, 2015, in Georgia. Gia Togonidze was appointed as a director. Togonidze and Japaridze along with the producer, Bidzina Baratashvili previously owned the "GVT Studio", where Gia Togonidze served as the director.

After one month since the establishment of the broadcaster, "R.B.G." LTD passed authorization on broadcasting and the channel spread through Georgia via digital broadcasting multiplex owned by LTD “Stereo +”. Hence, watching the channel with the help of Antenna was free.

In June, the founder of the company was changed- George Japaridze gave 90% of his shares to a Russian citizen - Olga Miliaeva  and passed the other 10% to a Georgian citizen Irakli Adamia. Olga Miliaeva was born in Georgia, but she is based in Moscow, Russia and runs the company - "Dominanta" (ДОМИНАНТА). Gia Togonidze still serves as the director.

IDFI assumed that besides the above mentioned violations, obligations on broadcasting programs were also violated. Moreover,"R.B.G." LTD does not have its own website, an obligation also imposed on the broadcaster by the Law on Broadcasting.

In spite of the violations mentioned above, compliance with the obligations of authorization and the conditions of concept of TV channel presented by "R.B.G" LTD is unclear, since the content of "ORT" - Russian public broadcaster is transmitted in a way that conducting editorial control is impossible.

In accordance with Georgian Law on Broadcasting (Article 51. Programming) broadcasting license holders shall, where applicable, reserve a substantial part of television time (except the time for news, sports events and games, advertisement, teletext and teleshopping) for European programs. Time dedicated to the European programs is utilized progressively on the basis of appropriate criteria and the informational, educational, entertainment and cultural obligations of the license holder to viewers is considered.

Since the channel is not producing the content on its own, but is only providing translation in Georgian language, it is uncertain how the channel will oblige the statute-established clause 52 on obligations of proper accuracy, correction and denial. It goes without saying that the broadcasters have the responsibility to ensure accuracy of the facts voiced through the channel and timely modification of the committed inaccuracies, even though the content does not belong to the broadcasters. It is also ambiguous, whether any false fact mentioned in the statement, which was aired through the channel will be edited or denied by the side after the initial statement of the interested part. It is also uncertain, how “R.B.G.” LTD intends to fulfill the requirements established by the Code of Conduct of Georgia since the content of the channel is translated, but reflects the reality and regulations of the Russian Federation.