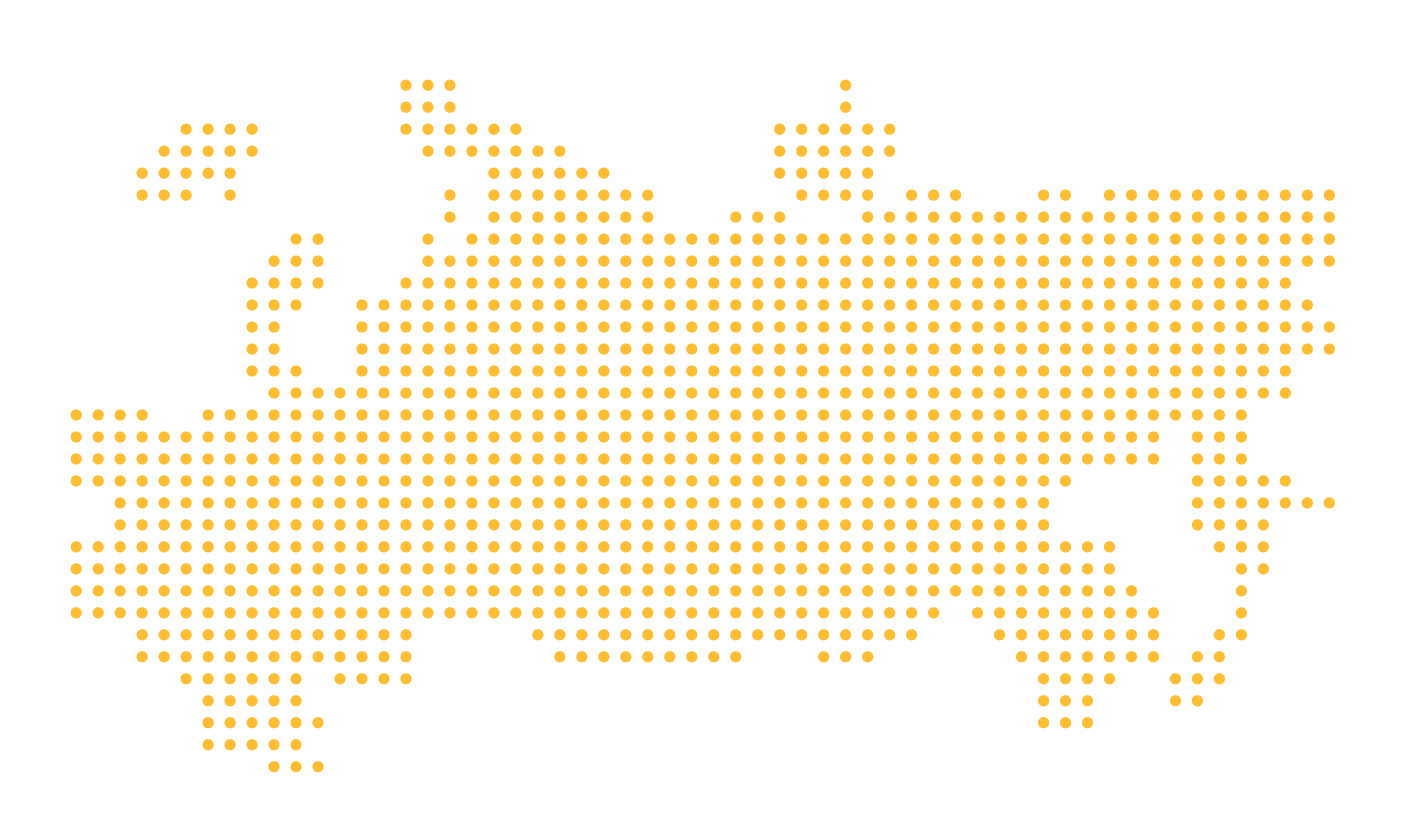 On 25 March, “Georgia and the World” (Geworld.ge) published an article “The Living Artery of Georgia Lays on Russia” by the journalist, Beso Barbakadze. It is argued in the article that due to the Coronavirus crisis, the European countries will not be able to provide Georgia with the products that they took to export until now and, for this, it is necessary to start the talks about expanding Georgia’s trade relations with Russia. Concerning the European countries, the author writes: “They have already declared that they do not have time not only for Georgia but for one another as well and they are not going to share their supplies with the “strategic partners”. These words – “strategic partner” are already funny and they have burst similarly to the soap bubble which is being inflated by the “western friends” for years and feed us with lies”. Moreover, he provides the two basic arguments for enhancing the trade relations with Russia: 1. The greatest share of wheat imported in Georgia comes from Russia and “the Georgian economy is alive thanks to the Northern neighbor”; 2. Russia can deal with the crisis much more easily than the West, because “for the Northern neighbor, current situation is not unknown as long as the US and Europe have imposed sanctions on it for years and the country is used to living in crisis together with sanctions. What happens today is unofficial sanctions and restrictions”.

In the two days after the publication of the article, on 27 March, a video “Urgently! Georgia asks Russia for products – they don’t have their own!” („Срочно! ГрузияпроситуРоссиипродукты - своихунихнет!“) based on the above-mentioned article was uploaded on YouTube by the channel Политика РФ. This channel regularly uploads pro-Russian propagandist materials, the majority of which serve the discrediting of the West and positive representation of Russia. The same applies to “Georgia and the World”, which is distinguished by propagating pro-Russian narratives in the Georgian informational space – this has been mentioned in the research by IDFI as well as the other organizations, for instance – MDF. The other articles by Beso Barbakadze also attract attention. For instance, on 9 March 2018, he published an article “This is not a threat, this is a warning for the puppets of the US”, in which he asserts that Russia has never asked Georgia to take back its migrants and has never expelled them from the Russian Federation. However, he does not mention in this article the mass deportation of Georgians from Russia in 2006 as a result of which more than 4,600 Georgians were expelled from the country and 4 died during this process. Barbakadze’s article published on 31 January 2019 is also noticeable. In this article, he argues that the campaign against the US Lugar Laboratory in Georgia was not initiated by Russia but it was a result of a distrust toward the West in the society and the people doubt that the viruses are spread from there. Here he also mentioned that the video, in which the Russian sources discredit the Lugar Laboratory, cannot be found while the video by РЕН ТВ with the similar content can be easily searched on YouTube. The article published on 25 March, in which he argues that Georgia should start expanding the trade relations with Russia, is based on the similar false assumptions.

First of all, the country which started the consideration of imposing the limits on the export of wheat was Russia together with the other member states of Eurasian Economic Union (EEU). On 25 March, the first project was announced, according to which the Ministry of Agriculture considered limiting the export of wheat to 7 million tons. This initiative from Russian side was, first of all, the response to the internal challenges of the country – Ruble was devalued for which the local providers suspended the selling of wheat on Russian market and focused on export. This does not concern only wheat. Since 12 April, the export of the following products from Russia and EEU countries was banned: onion, garlic, rye, grain, flour, corn, buckwheat, rice, buckwheat food, soybean, sunflower seeds. This ban is valid until 30 June. This can become a problem for Georgia as long as the country buys the 90% of the supply of wheat from Russia (in general 68% of cereals and 81% of grain from Russia and EEU countries). However, according to the head of the Bread Producers Association, Levan Silagava, Georgia has a supply for 2-2.5 months and, also, there are the acting contracts that cannot be canceled easily. However, if the things go wrong, Georgia will have to import wheat as well as the other products form alrenate sources – Europe and USA. USA is already among the three largest importers of wheat to Georgia together with Kazakhstan and Russia and it import wheat to Georgia within the frame of the USAID $14 million project. Therefore, the argument that Russia, which is “used to sanctions”, will deal with the problems more easily than the West and expanding the trade relations with it is the guarantee for Georgia’s security amid COVID-19 crisis, is groundless. On the contrary, the ongoing processes in Russia indicate not the necessity to expand the trade with Russia but the necessity to diversify the imported products of primary need in Georgia. 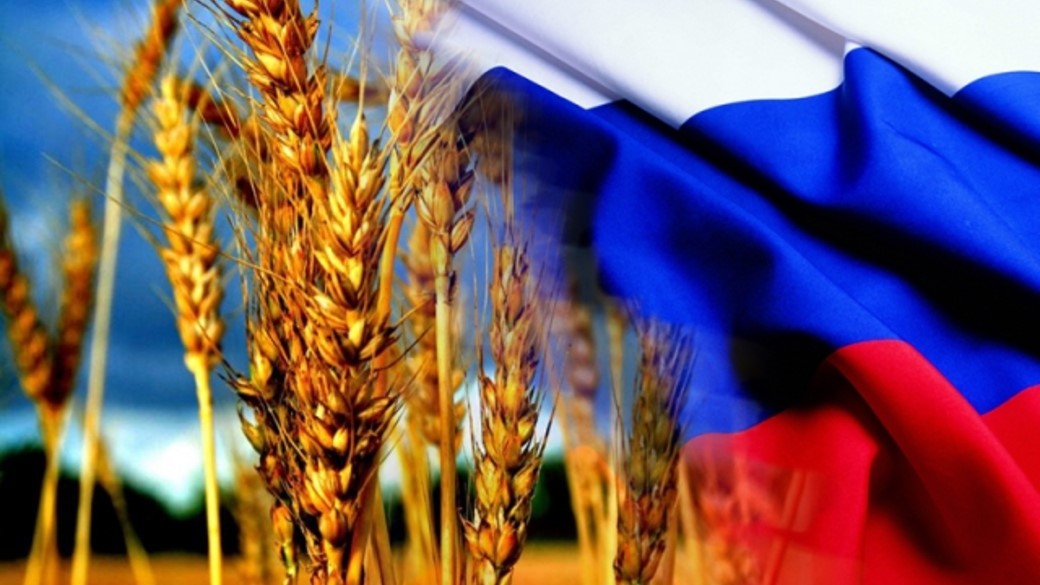 Also, the notion expressed in the article, that in the West, they do not have not only for partner countries but for one another and, therefore, Georgia should not expect a help from there, is false. Regardless of the difficulties on the European markets, including the temporarily closed industries, suspension of production, etc., the only restriction on export imposed by the European Union was on pharmaceutics and medical protective equipment, which is in deficit around the globe. However, EU made exceptions here as well, that will be considered on individual basis. Sill, European Commission allocated 140 million Euros for the Eastern Partnership countries – Georgia, Armenia, Azerbaijan, Moldova, Ukraine and Belarus. 30 million from this amount will be used for purchasing medical equipment for the health systems of the mentioned countries and the rest will be used for supporting small and medium businesses and the most vulnerable groups.  Additionally, as the Ambassador of EU to Georgia, Carl Hartzell said, EU will help Georgia with more than 180 million Euros which will be not a debt but a grant for Georgia. In total, EU will help Georgia with more than 250 million Euros during the pandemic. Also, USA allocated 1.7 million dollars for supporting the Georgian health system. Therefore, regardless of the difficulties on the global markets, which can cause the deficit of certain products and/or the increase of prices, the argument that the West “does not have time” for partner countries is not true.

The spread of the articles and videos with similar content since 2020 created an expectation that Russia would use the situation created under COVID-19 and attempt to increase Georgia’s economic dependence on it. After the spread of the articles by the propagandist media, on 21 April, the Minister of Foreign Affairs of the Russian Federation, Sergei Lavrov talked about the opportunity of opening the trade representation in Georgia. “We will be ready to restore the diplomatic relations as we were not the initiators of their disruption. Probably, we should wait when the Georgian colleagues start the consideration of this issue. The trade representation also encompasses the existence of particular agreement. I do not think it will immediately give some advantage but if they offer, we will definitely consider this opportunity”, - said Lavrov. This announcement once again proves that the campaign initiated by the pro-Russian propagandist media regarding the expansion of trade relations with Russia is in correlation with the state policy of Russia.

Georgia has already been in the  situations when the importance of diversification of its markets became clear and it concerns the import and export of basic products as well as the energy and tourism. In December 2005, Russia banned the import of foodplants from Georgia. In a month after this, Georgia found itself in an energetic blockade – in the North Caucasus, the main gas pipe was exploded and all of the thermo-stations were turned off, the system of electricity could not stand the pressure and whole Georgia was in darkness for a few days. After this, Georgia started working on the energetic independence from Russia and, finally, Russia lost this instrument for pressuring Georgia. In 2006, Russai banned the import of Georgian wine to Russia. As a result, the export of Georgian wine that year declined twice, in 2007 the data worsened by 30%. The share of wine in the total export in 2007 was only 2.4%, which is the lowest index since 200 until today. During the following years, the diversification of the wine market increased. In 2010, the export of wine increased by 28&, compared to the last year, in 2011 – bt 31%. However, relardless of the success, in the short-run, the share of Russian market in Georgian export was not balanced. In 2013, Russian market still opened for Georgian wine and today, the greatest share of wine export is on Russia. This situation still became a weapon in the hands of the Russian government in a response to the developments after the visit of Sergei Gavrilov on 20 June 2019.

On 8 July 2019, the Committee on Foreign Issues of the Russian Duma supported the limiting of the import of Georgian wine and mineral water and the restriction of remittances between the two countries, on which, later, Putin “did not agree”. However, in the case of the implementation of this decision, Georgian economy would have suffered from yet another attack. Still, after the events of June 2019, Russia attempted to attack the Georgian economy, which was expressed in the ban on charter flights with Georgia. As long as the Russian tourists constituted more than 16% of international visitors to Georgia in 2018, which is a second place after the Azerbaijani tourists, this was a deliberate attack on the Georgian tourism sector and economy. Regardless of this, according to the data of the National Tourism Administration, in 2019, the number of international visitors to Georgia increased by 7.8% and this has not affected the Georgian tourism sector seriously. These events clearly show the threats the dependence on Russian markets contains.

To sum up, the 3 greatest direct or indirect damages the dependence on Russian economy brought to Georgia are as follows:

Considering the narratives spread by the pro-Russian media and Sergei Lavrov’s speech, it is possible the situation around COVID-19 to be used for the enhancement of the notion in the society that the expansion of trade relations between Georgia and Russia is necessary, which, in fact, means the increase of Georgia’s dependence on Russia. Current situation as well as the past experience show that it is necessary not to expand the trade relations with Russia and Georgia’s dependence on it but to enhance the diversification of import as well as export. It is essential for ensuring that the security of the country is not dependent on the ongoing processes in another country or is not a weapon in the hands of the government of a foreign state.