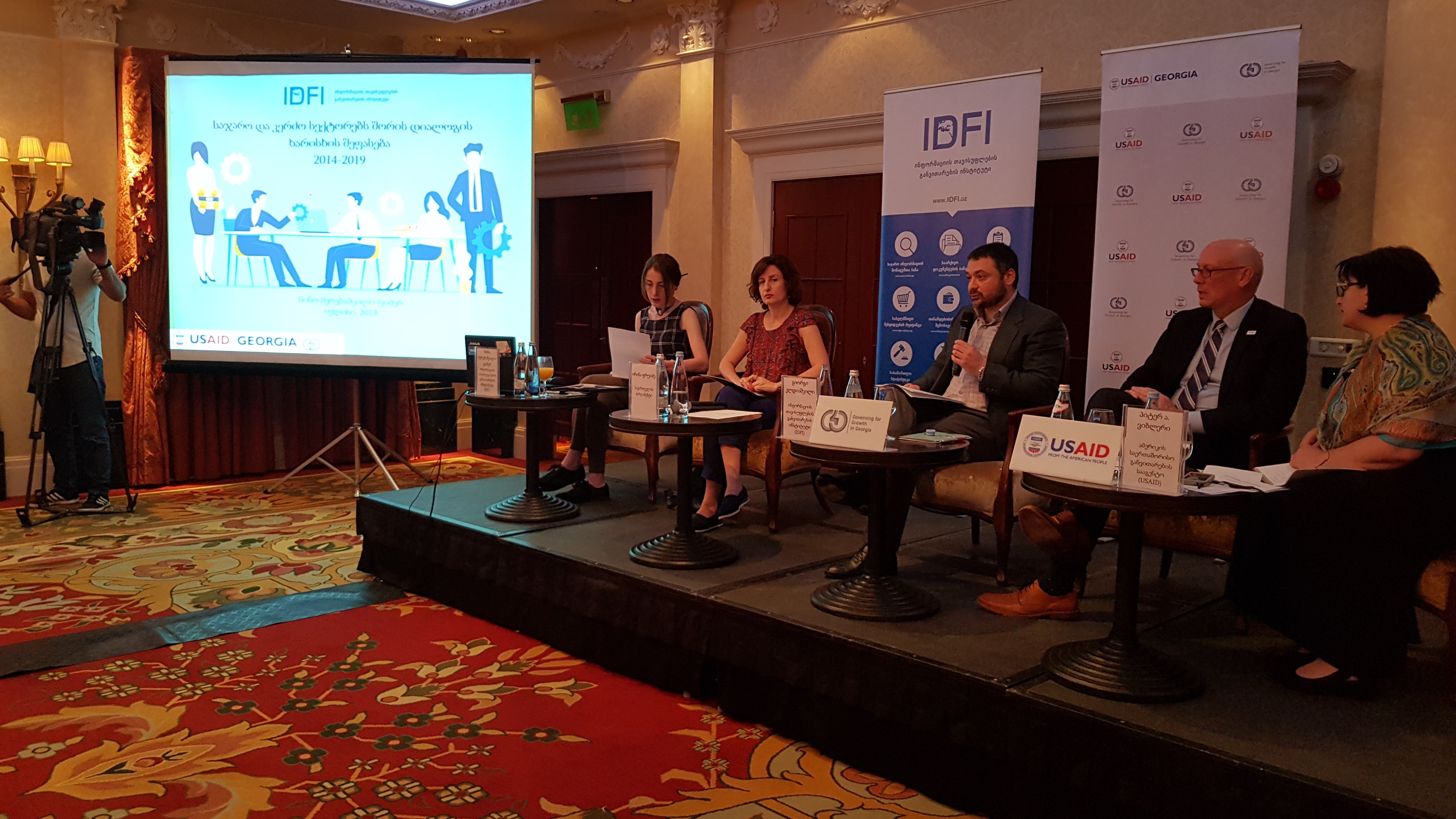 More than 40 representatives from the public & the private sectors gathered to learn about the evaluation results of the extent and quality of PPD in Georgia during 2014 –2019. The evaluation was conducted by the Institute for Development of Freedom of Information (IDFI) with the support of the United States Agency for International Development (USAID) / Governing for Growth (G4G) Program in Georgia.

At the event three ministries were also awarded for ensuring high-level PPDs in the process of developing the following draft laws: 1. Spatial Planning and Construction Code - Ministry of Economy and Sustainable Development; 2. Amendments to the Tax Code of Georgia, Estonian Model - Ministry of Finance; and 3. Law on Vocational Education - Ministry of Education, Science, Culture and Sport.

Opening remarks were made by Peter A. WIEBLER – Mission Director of USAID in Georgia; Giorgi KLDIASHVILI – Executive Director of IDFI and Irine PRUIDZE – MP and Chairperson of the Permanent Parliamentary Council on Open Governance.

Giorgi KLDIASHVILI: “by revealing the most successful cases of quality PPD in Georgia, IDFI’s team hopes to emphasize the positive impact of effective consultation on early stages of the policy process, and thus promote more inclusive decision-making at all stages of governance.”

Irina PRUIDZE broadly spoke about the Parliament’s oversight mechanisms for strengthening dialogue. “Collaboration between public and private actors is vital for economic development because an inclusive, participative, collaborative process leads to more effective policies and laws.” - she said. 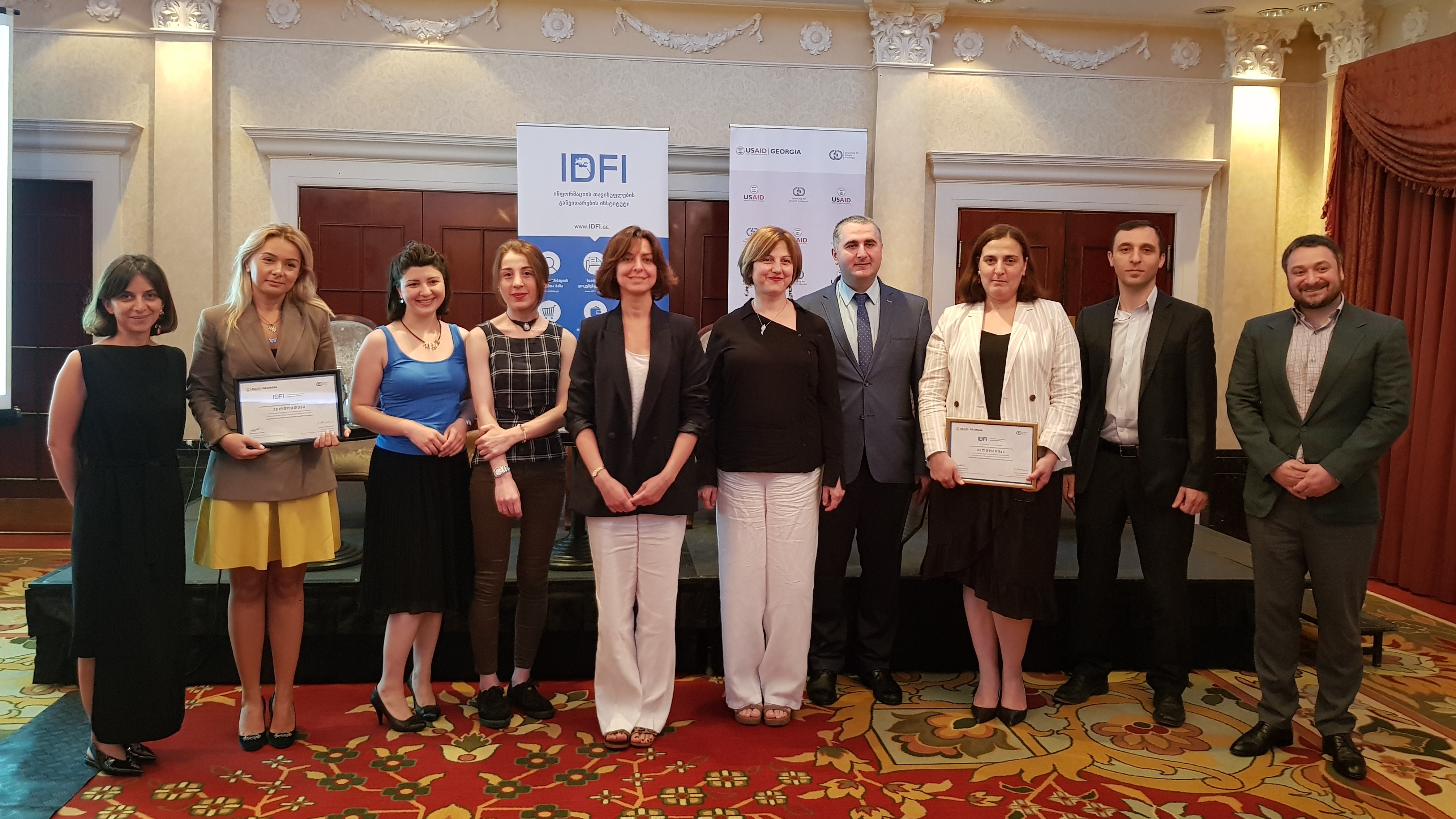 Presenting the evaluation results of the 2014 –2019 extent and quality of PPD in Georgia, IDFI’s Senior Lawyer Nino MEREBASHVILI-FISHER said: “even though Georgian legislation does not oblige state entities to ensure inclusive consultations during the initial stages of policy formulation, in the vast majority of cases, state entities ensured or attempted to ensure PPD in the process of policy development. However, public entities found it challenging to ensure systematic process of receiving comments and providing their authors with relevant feedback. State entities were reluctant to conduct PPDs around the country and were mostly concentrated on Tbilisi. Based on the findings of the report, RIA was prepared in 6 cases out of the 37 draft laws covered by the study.“

In 2014-2019, 200 interviews were conducted with public and private sector representatives by IDFI to evaluate 37 draft laws in total.