On February 18th, 2016 the Institute for Development ofFreedom of Information (IDFI) organized a Public-Private Dialogue (PPD) on Regulation of Water Supply Sector. 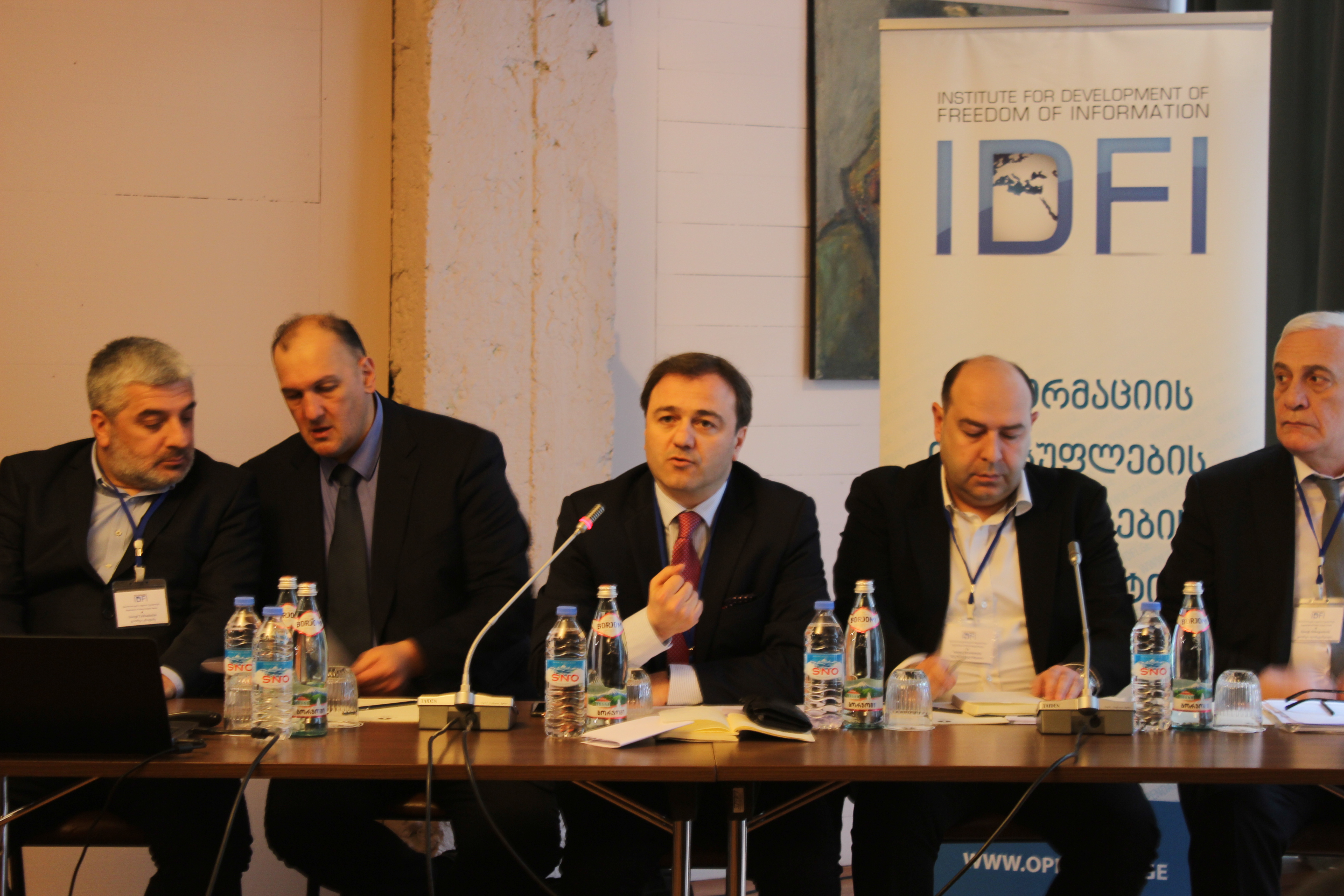 The Chairman of Tbilisi City Municipal Assembly highlighted the need for development of water supply sector and dialogue between companies and the state. The Director of the Georgian Water & Power (GWP) spoke of the company's future development plans and strategic directions. It is noteworthy that GWP is the only private company in the water sector in Georgia. The Deputy Commercial Director the United Water Supply Company of Georgia Nugzar Kevlishvili also discussed general prospects of water supply sector. the United Water Supply Company is the biggest state company in the sector. Nugzar Kevlishvili talked about the necessity of correct tariff policies, and the need for company’s privatization in a few years.

In the discussion part, the representative of the Center for Competition, Mr. Gogokhia asked a question on plans concerning business development. Nugzar Kevlishvili responded by example of Gudauri Resort Development, where the rehabilitation of the water supply system was not considered. The second problem Mr.Kevlishvili named to be public attitude towards water resources and the difficulty of getting income compensating the expenses. George Tskhadadze continued discussion saying that the water sector is contributing to the development of the business sector, but it is necessary to have systematic approach and vision.

During the discussion, Head of Environmental Health Department at National Center for Disease Control and Public Health Nana Gabriadze raised the sanitation issues and underlined that according to the UN resolution access to drinking water is a human right and not only business issue. Ms. Nana also spoke of the Action Plan of the commitments taken by Georgia within the framework of the Association Agreement with the EU and noted about such problems in the sector, as staff training, studies of the sanitary conditions, the difficulty of collecting taxes, etc.

In conclusion, Mr. Alexishvili noted that companies should ensure supply of quality water during 24 hours and the government has to decide social issues. He also noted the need for defining of priorities because business cannot develop without water supply. 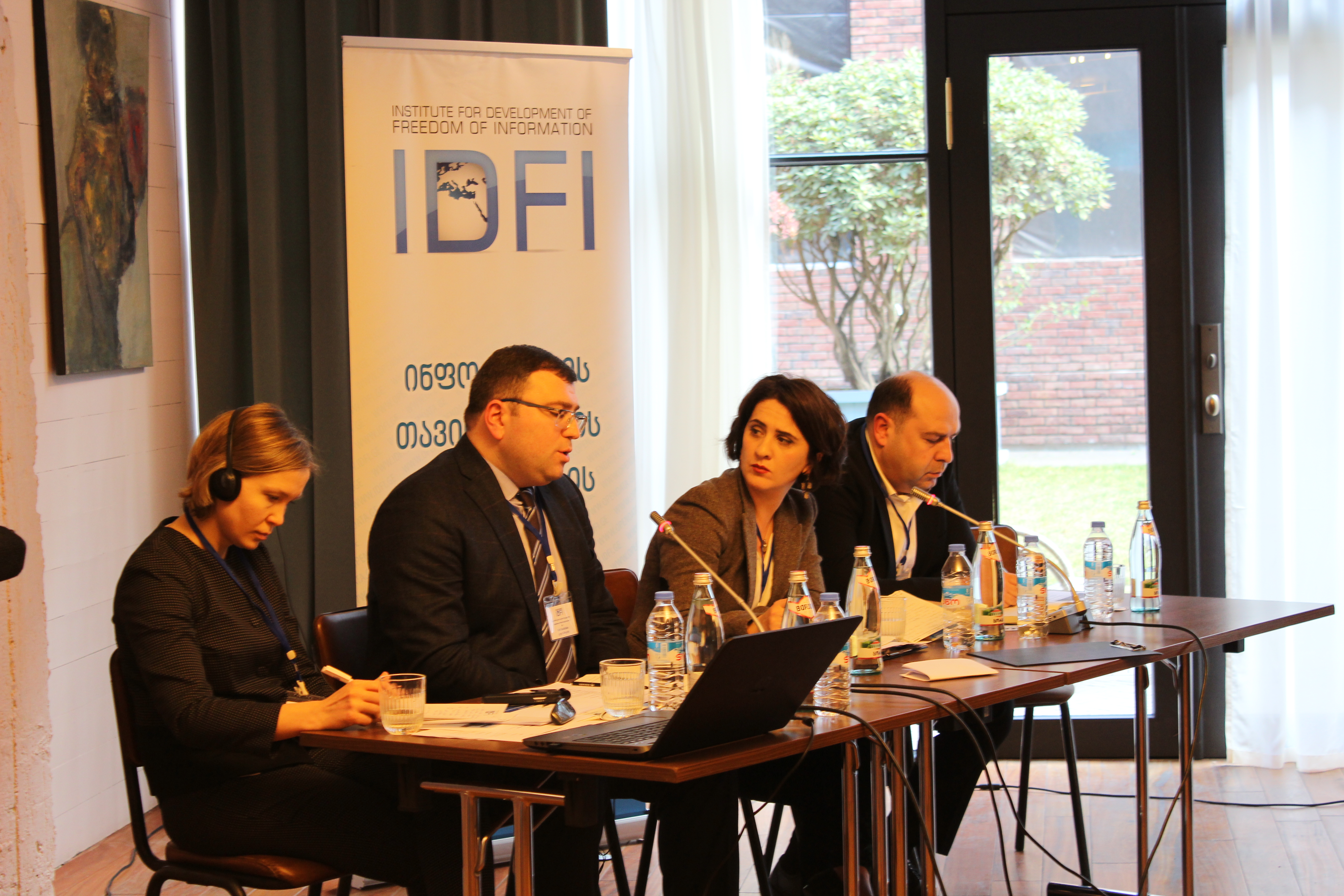 The second panel was dedicated to the issue of tariff regulations in the water supply. Second Panel was moderated by the Executive Director of the Economic Policy Research Center (EPRC) Nino Evgenidze, The speakers were the Director of the Tariff and Economic Analysis Department of Georgian National Energy and Water Supply Regulatory Commission (GNERC) Givi Sanikidze, Deputy Commercial Director the United Water Supply Company of Georgia Nugzar Kevlishvili and a consultant of the company Fichtner Water & Transportation Maria Belova (See Presentation).

In the introduction Ms. Nino Evgenidze spoke that the water sector is a profitable business on the one hand, however, on the other hand one must consider people's lives and safety. However, there are only 3 private companies out of total 17 (Georgian Water & Power and its two subsidiaries in Mtskheta and Rustavi) and sector is subsidized. Mrs. Nino also noted that many argue about the tariff policy of the sector.

Mr. Givi Sanikidze discussed about renewal of tariff methodology, the process which has already begun and should be finished in 2016. He stressed that the Commission will seek to engage the experts, as well as companies and the media and training will be conducted for journalists to cover the news properly. The methodology will consider such factors as the decreased incomes due to sparingly consuming water after installation of the water meters, and said that the ultimate goal is not to increase or decrease the tariffs, but to determine fair rates.

The moderator Nino Evgenidze asked how the new methodology will be considered in such crisis situations, such as depreciation of Georgian Lari, and what is the policy in order to make the business more attractive for investors.

Givi Sanikidze said that while comparing the tariffs in Georgia and other countries one should also consider that higher rates imply organized network and investments, which is later on reflected in the tariffs. The goal of the new methodology will be to enable the investor to receive revenue from the tariffs, and current given rates are adequate. According to Givi Sanikidze the methodology must comply with the macro-economic indicators and if the company spends more than what was planned due to such reasons as inflation, the Commission shall reimburse. Givi Sanikidze paid special attention to the process of changing the methodology with involvement of all stakeholders, including experts, companies, non-governmental organizations and the involvement of media, as well as ensuring reasoned discussion of all issues.

The second speaker Nugzar Kevlishvili talked about the fact that the water supply company aims to have 24-hour water supply. However, the company has development problems, because the tariff is not raising and a lot of loan is taken. Mr. Nugzar said that one of the solutions is water meters which will contribute to more spare using of water by the population. According to him the company must be privatized in whole or in part. Mr. Nugzar Kevlishvili also noted the lack of professionals in this field and the need for a new generation of specialists. 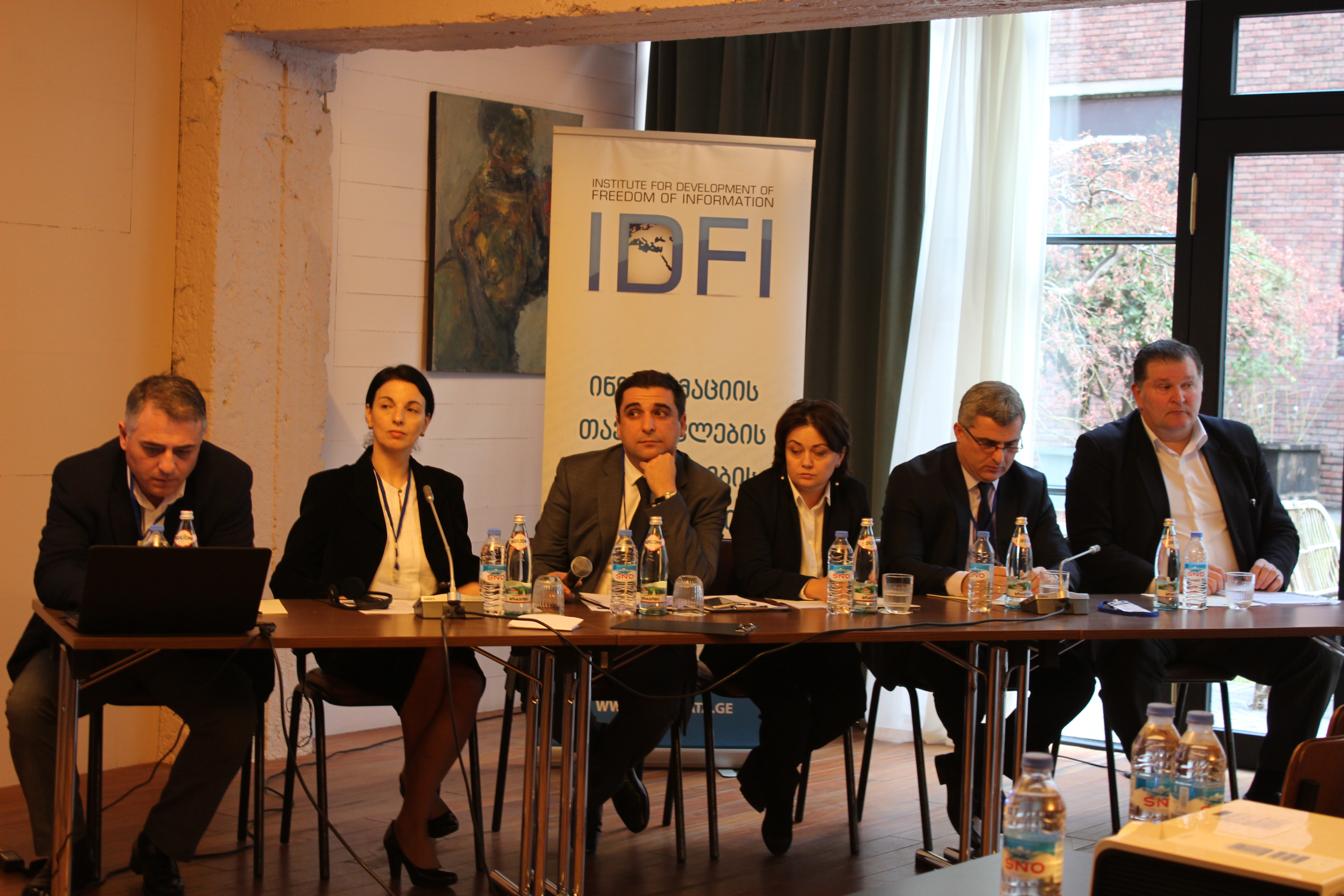 The third presentation of the panel was made by a German engineering company Fichtner Management Consulting representative Maria Belova who presented results of a study of the water supply sector tariff regulation and best international practice. The research covered such issues as the Weighted Average Cost of Capital (WACC) in the water supply sector, EU standards and regulations, subsidies, according to the elevation areas of zone division, tariff regulation methodology guidelines and etc.