Procedures of Asylum Denial in Georgia are not Transparent

According to Georgian legislation and judicial practice, the State can refuse an asylum seeker to grant refugee or humanitarian status on the basis of the belief that he/she will endanger the state security of Georgia, its territorial integrity or public order. The asylum seeker does not have specific or general information about on what particular grounds is he/she refused an asylum. These details are not specified in the court judgments as well. Even the general basis (connection with a terroristic organization, for instance) is not provided for asylum seekers.

IDFI believes that these problems are the result of shortcomings of the Georgian legislation.

IDFI reviewed the requested public information from the Ministry of Internally Displaced Persons from the Occupied Territories, Accommodation and Refugees of Georgia and determined that in the period from January 1, 2017 to October 9, 2017, 95 asylum seekers were refused the refugee or humanitarian status on the basis of the belief that they will endanger the state security of Georgia, territorial integrity or public order.

The Tbilisi Court of Appeals provided IDFI the copies of all decisions and judgments issued towards abovementioned matters in the period from January 1, 2017 to September 1, 2017.

IDFI has also reviewed the proactive statistical data on the Ministry’s website.

IDFI analyzed statistics provided by the Ministry of Refugees and proactively published statistical data on the Ministry's website. The data raises a suspicion that the State Security Service and the Ministry may be using existing legislative shortcomings to refuse shelter to asylum seekers.

Particularly, in the period from January 1, 2017 to October 9, 2017, 95 asylum seekers were refused a refugee or humanitarian status on the basis of state security, which is a large number. Moreover, statistics posted on the website of the Ministry show that only a small number of asylum seekers registered by the Ministry receive refugee or humanitarian status. 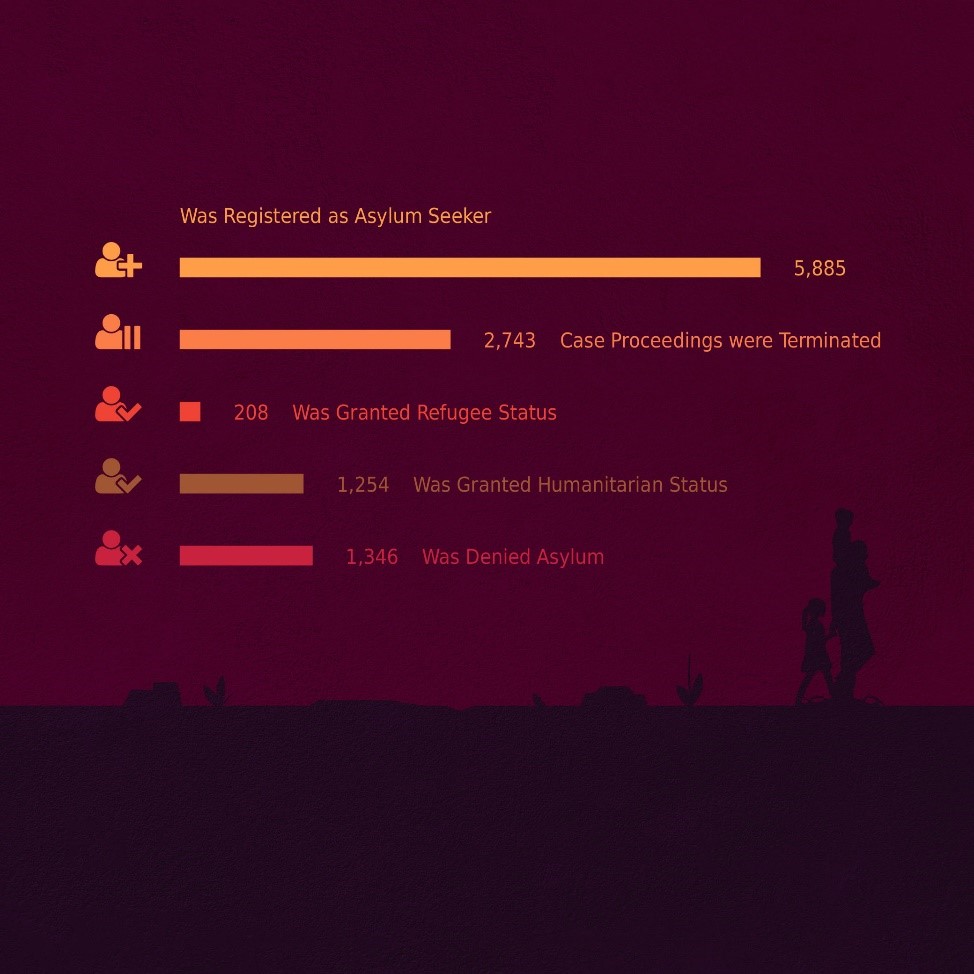 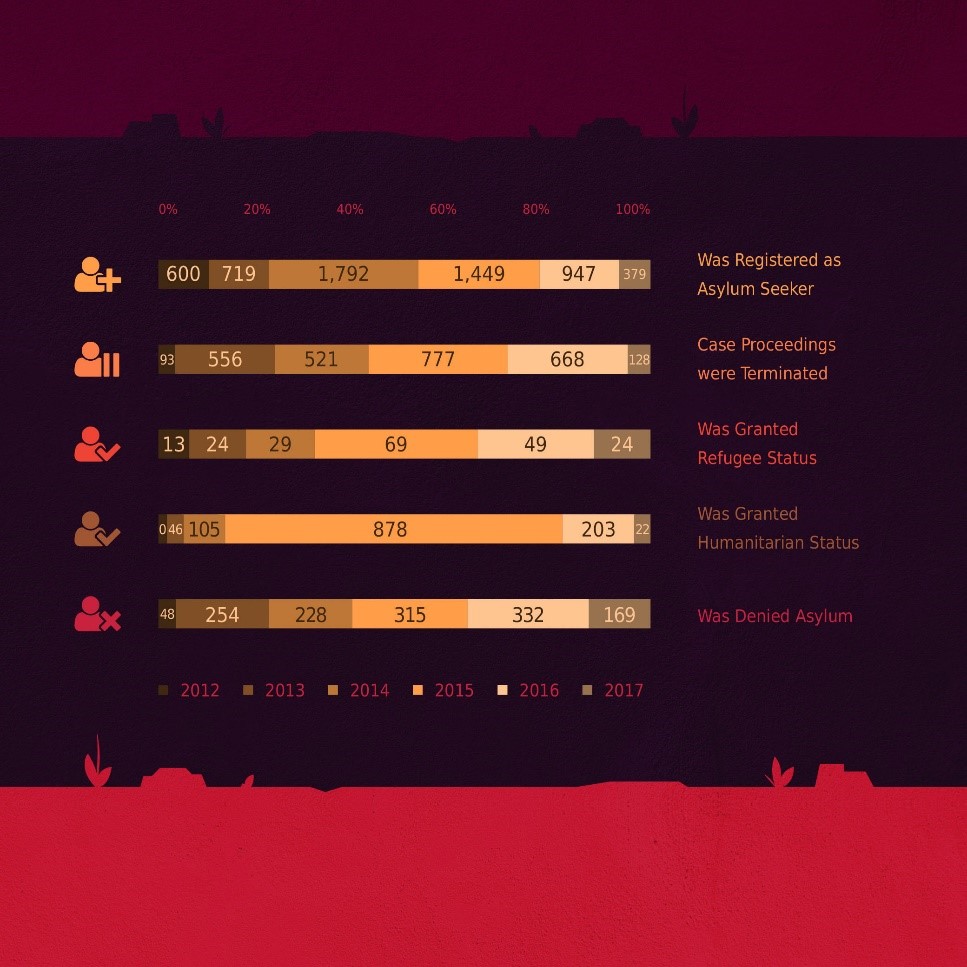 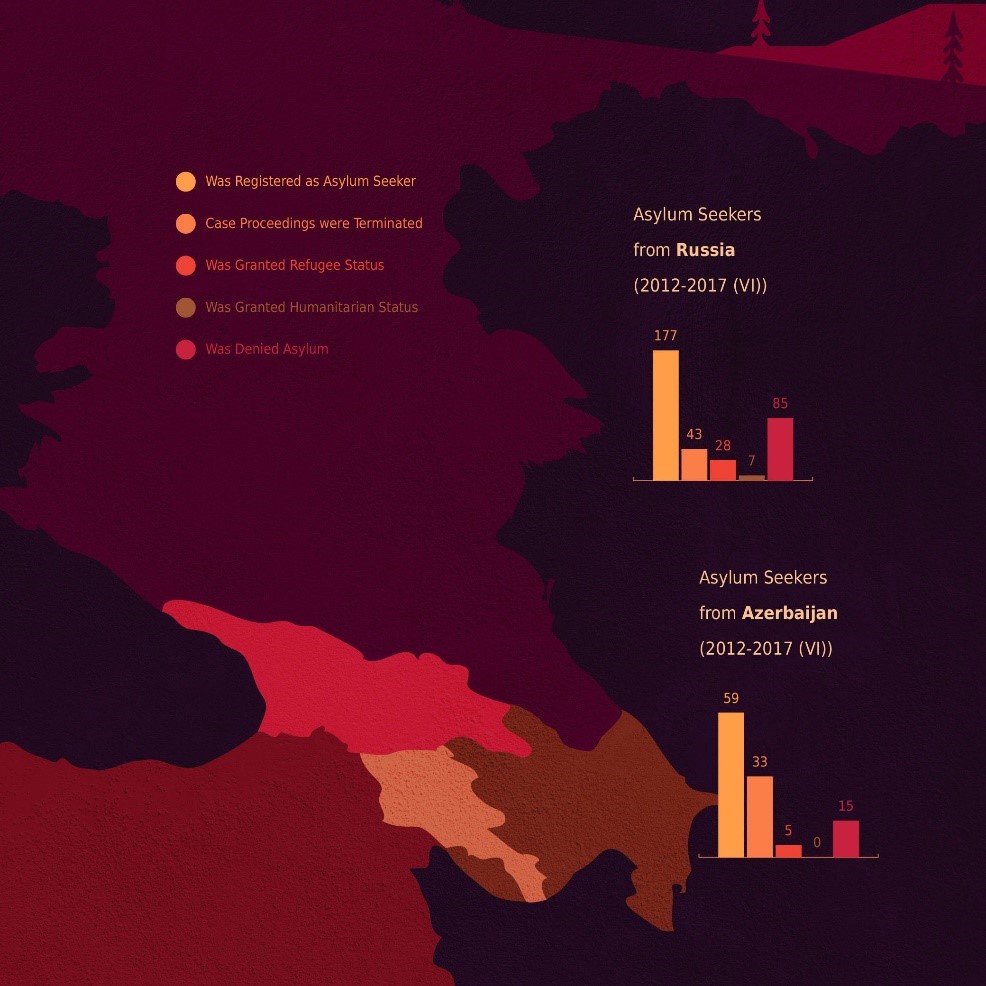 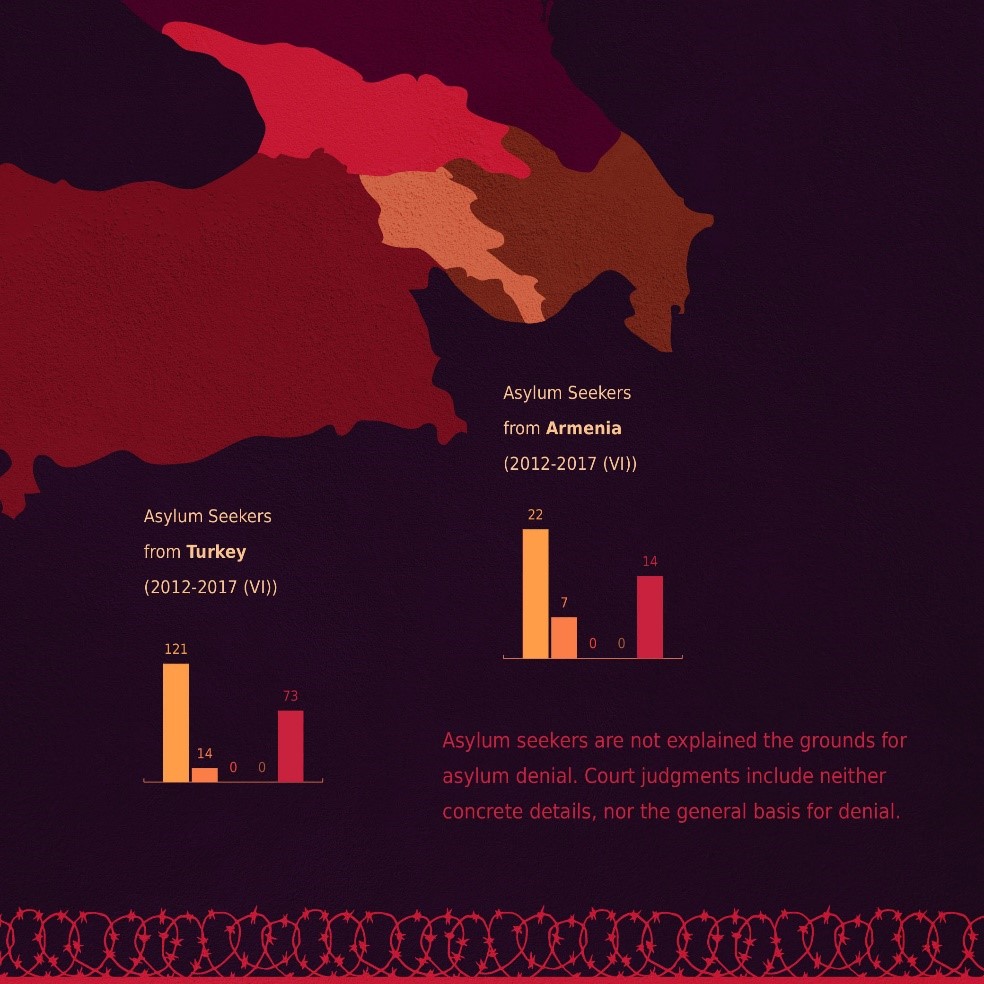 The Case of Mustafa Emre Chabuch

The most recent case in relation to the asylum seeker is the decision on refusal to grant refugee status to Mustafa Emre Chabuch.

The actual circumstances before the decision of the Ministry are important. The Turkish State requested Georgia to detain Mustafa Emre Chabuk and extradite him to Turkey, after which Mustafa Emre Chabuk was detained in Georgia on May 24, 2017. He was sentenced to three months' pre-trial detention, which was further extended for three months. Turkey demanded the extradition on the basis of his alleged connection with Fethullah Gulens’ organization, which is considered to be a terrorist organization in Turkey.

Mustafa Emre Chabuk applied to the Ministry on May 31, 2017 for a refugee status. Ministry denied granting him asylum. The Ministry did not evaluate the risks about the possible circumstances if Mustafa Emre is forced to return to Turkey. The Ministry did not take into consideration the situation in Turkish prisons, which is reflected in a number of sources, including the European Commission, the United Nations Human Rights Council, etc., where people may be subjected to torture, inhuman and degrading treatment. It is also worth mentioning the practice of European countries that did not fulfill Turkey’s demand on extradition of its citizens, despite the fact that they were the members of Gulen’s organization.

Analyzing the statistics on sheltering asylum seekers from neighboring countries shows that there is a real risk that asylum denial is a result of various political decisions.

IDFI believes that it is necessary to change the legislation and eliminate the following shortcomings:

- Asylum seekers and their advocates must have access to information considered as state secret, which serves as the ground for the decisions towards the asylum seekers.

Although the information considered as a state secret may not be fully accessible to the public, it is necessary to balance the interests of state security and asylum seekers' rights.

It is desirable that the model of the United Kingdom and Canada will be reflected in the Georgian legislation, in which the special advocate will be able to get acquainted with the information considered as state secret. This will balance the right of asylum seekers to have access to a fair trial and public interest of protecting the state security.

Another alternative is to grant discretionary authority to the court individually to decide whether or not the asylum seeker and his/her advocate should have access to information considered as state secret. In establishing such a model, it is clear that the procedural norms should be explicitly elaborated in the legislation.

Finally, IDFI believes that granting the Public Defender the authority to get acquainted with the concrete grounds for refusal of refugee or humanitarian status for asylum seekers despite them being state secret would also be a reasonable alternative. In order to establish such a model, the procedural norms, including the scope of the Public Defender and the Personal Data Protection Inspector, will have to be defined with great accuracy and detail.

- The interests of information publicity and state security must be balanced.

IDFI believes that the state security interest and the interest of publicity of information will be better balanced if general details concerning state security are contained in court decisions, including the alleged link with a terrorist group, etc. However, the eradication of this problem will only be possible if the legislation is amended to directly address issues related to the protection of the asylum seekers’ right to a fair trial.

Procedures of Asylum Denial in Georgia are not Transparent
/public/upload/IDFI_Photos_2017/vizualization/AsylumSeekers_in_Georgia_ENG.pdf