Presentation of the Research "Access to Open Data in Georgia" 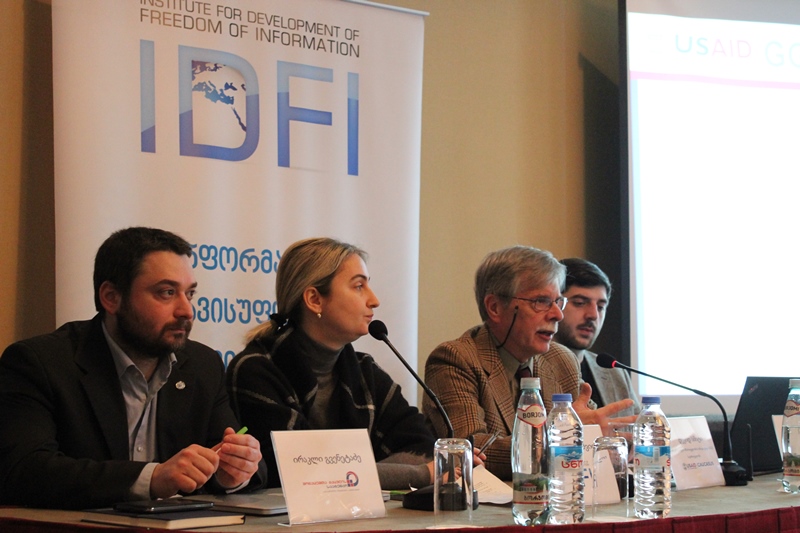 On January 15th, IDFI presented its research "Access to Public Information in Georgia" at Tbilisi Courtyard Marriott. The research was conducted within the scopes of the project "Open Data: Sources for Changes and Innovations" which IDFI was implementing from September 1st to January 30th, with the financial assistance of the USAID's project - Good Governance Initiative in Georgia (GGI).

One of the speakers - Irakli Gvenetadze, Chairman of Data Exchange Agency - talked about open database portal www.data.gov.ge and stressed the importance of the information and registries hosted on the webpage. Gvenetadze explained that information on the above-mentioned web-page is published in open, easily accessible formats, which gives opportunity to citizens, business and media representatives, public and non-governmental organizations to use published information and create applications or online services.

Levan Julakidze, Analyst of IDFI discussed principles of data disclosure. He noted that it's important that information is published completely in a timely manner with an easily usable and accessible format. Levan also talked about the monitoring results of the www.data.gov.ge. Based on the results he concluded that 9.4% of published information on www.data.gov.ge by the public institutions do not satisfy the most important principle of publishing information - completeness. 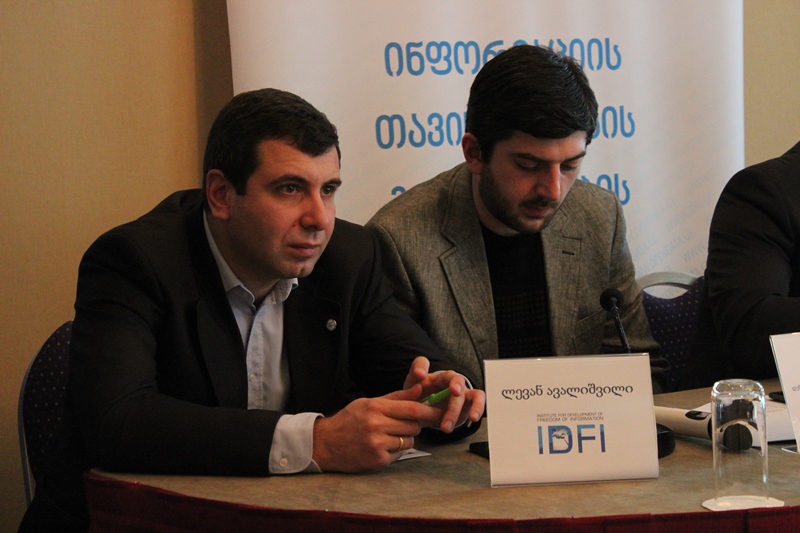 Levan Avalishvili, Chairman of IDFI summed up the evening. He talked about the research "Access on Open Data in Georgia" and explained its targets. According to the Chairman, the most important aim of the research was identifying databases of the public institutions and monitoring implementation process of the law on unified state register. Avalishvili said that 106 public entities were the subjects of research. Among them 19 Ministries and the State Minister, 63 LEPLs subordinated to Ministries and Sub-departments. Independent LEPLs and regulatory commissions amounted to 24. Levan Avalishvili named public entities, which do not possess databases and registries. Also, he presented recommendations elaborated by IDFI on passing the policy document by the Government of Georgia, in the document basic unified standards for publishing and monitoring information by the public institutions will be mandatory. He recommended a number of steps that should be taken to address the challenges of access to public information. Levan Avalishvili mentioned a policy document that should be adopted by Georgian Government and would establish common standards for open data management and mandatory disclosure for all public institutions. Also, all public institutions should ensure publication of the databases and registries identified in IDFI’s Study to the open data portal www.data.gov.ge, added Levan Avalishvili.

Open Data Portal – www.data.gov.ge was established in 2015, by the LEPL of Ministry of Justice “Data Exchange Agency” within the scope of “Open Government Action Plan” adopted by Government of Georgia. Data bases, owned by public entities are periodically published on the website in various, convenient formats for citizens. Open Data Portal – www.data.gov.ge gives opportunity to every user, representative of private sector or other interested person to access the data and use it to create applications, business projects and e-services.