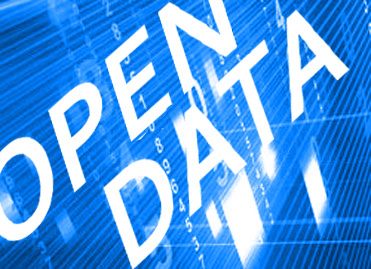 The concept of open data holds a special place in open government and modern models of e-governance. One of the most important products of the open data concept is an open data portal through which publication of information held by the public service in an open, processable and accessible forms is ensured, allowing citizens, business community, media representatives, non-governmental and governmental organizations to continuously utilize the information, create applications and electronic services using the data and gain other types of benefits. Remarkable examples of implementation of this concept are open data portals of the United States federal government – www.data.gov, the United Kingdom – www.data.gov.uk and the unified platform for EU member states – www.open-data.europa.eu. With the same goals in mind, as part of the Open Government Partnership (OGP) Action Plan approved by the Government of Georgia in 2015, the Data Exchange Agency (DEA), a legal entity under the Ministry of Justice of Georgia, has created an open data portal www.data.gov.ge.

On 1 September 2015, the Institute for Development of Freedom of Information (IDFI) launched an Open Data: Source for Changes and Innovations project with the financial support from the Good Governance Initiative (GGI) in Georgia project of the United States Agency for International Development (USAID), within the framework of which the following study – Access to Open Data in Georgia – has been prepared.

The low rate of publication of open data resources to www.data.gov.ge, since its creation to this date, indicates that a mechanism should be implemented which would oblige public institutions to publish open data resources maintained by them to the portal. Another reasoning for creation of such a mechanism can be found in the responses of some public institutions to the FOI requests for databases and registers published by them to the open data portal, in which they stated that under the Georgian legislation they do not have such an obligation. It must be noted that creation of such regulations has recently become an international best practice. For instance, in the legislative acts on freedom of information of Ukraine, Croatia, Pakistan, India and other countries, the issues of open data portals and publication of open data to them are discussed separately.

Unlike Ukraine, Georgian legislation does not define any responsibility in case the obligation to proactively disclose public information is not duly followed by a public institution, resulting into lack of compliance. It must be also noted, that the Georgian legislation does not include a requirement on publishing open data in an appropriate, processable format. It is a positive step, that the Government of Georgia, within the Open Government Partnership (OGP) Action Plan, created an open data portal (www.data.gov.ge). However, as this study demonstrates, the web portal unfortunately does not provide all the available public information. This is partially a result of the current legislation not requiring disclosure of data in open formats. As the case of Ukraine shows, it is important that at the initial stage, an appropriate normative act regulating issues concerning open data is developed and sanctions for violation of the respective legal obligations are put in place. It is also important that a state body that will be tasked with monitoring of obligation to publish open data and the accuracy of the data be determined. When noncompliance is identified, this state body should be able to impose sanctions on the violator.

It must be emphasized that under the OGP Action Plan, Georgia has undertaken a commitment to introduce a new law on Freedom of Information. The initial draft was developed in 2014 by a special working group (Ministry of Justice, Open Society Georgia Foundation, experts and IDFI). The draft Law envisions to provide a definition for the term ‘open data’, create an open data portal, introduce an obligation to proactively disclose public information and establish an Office of the Freedom of Information Commissioner as a supervising body. Therefore, adoption of this law would significantly improve current standards and strengthen access to open data in Georgia.

Practical implementation of the Law of Georgia on Unified State Registry of Information remains an important challenge. This is confirmed by the fact that since 2012, public institutions have not following the procedures defined by the law. Specifically, databases and registers administered by public institutions have not been registered in the Unified State Registry, and notifications regarding creation or destruction of databases have not been sent to the Data Exchange Agency. Appropriate registration of registries and databases were conducted by some of the public institutions in 2015 after receipt of IDFI’s requests on this issue.

Furthermore, surveys and various working meetings conducted by IDFI have revealed a trend of low public awareness about the open data portal, demonstrating the need for increased government and public efforts.

IDFI recommends that a number of steps be taken to address the challenges of access to public information discussed in this study:

➢ Government of Georgia should ensure adoption of a policy document that would establish common standards for open data management and mandatory disclosure for all public institutions;

➢ Government of Georgia and the Ministry of Justice should expedite submission of a new draft Law on Freedom of Information to the Parliament of Georgia, in which issues of open data publication and accessibility will be taken into account;

➢ LEPL Data Exchange Agency should develop a manual and a training program to provide guidance for the representatives of public institutions in clearly determining definitions for databases and registries, better perform their obligations stipulated by the law on the Unified State Registry of Information, and to improve practices for disclosure, updating and management of the open data published to www.data.gov.ge;

➢ Government of Georgia and LELP Data Exchange Agency should plan an awareness-raising campaign to promote the open data portal and its potential benefits;

➢ Open data made available through www.data.gov.ge  should be published in CSV, XML, Excel formats, to allow developers to create applications and APIs, and to gain other benefits;

➢ Public institutions should shape and manage databases and registries at their disposal in a way that their publication to the open data portal is possible;

➢ All public institutions, to the highest extent possible, should ensure publication of the databases and registries identified in Annex 1 and Annex 2 of this report to the open data portal www.data.gov.ge.

See the full study - Access to Open Data in Georgia