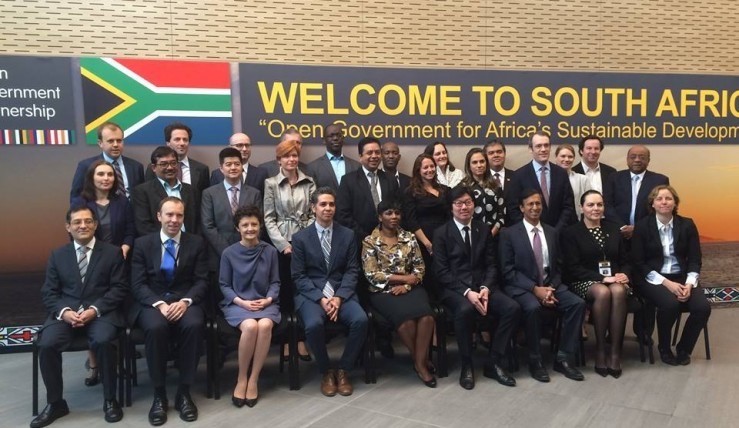 Open Government Partnership (OGP) was launched on September 20, 2011, at the sidelines of the UN General Assembly. As of today, it is composed of 76 member countries. OGP is a multilateral international initiative that aims to secure specific commitments from governments to promote transparency, empower citizen participation in the decision-making processes, fight corruption, secure effectiveness and accountability of governments and harness new technologies to strengthen open governance.

OGP is overseen by Steering Committee, which is composed of government and civil society representatives in equal numbers. With the help from subcommittees and thematic working groups, the Committee provides guidance and main directions of OGP. Furthermore, it supervises fulfillment of the commitments undertaken by the member states and generally controls proper functioning of OGP. The Committee is governed by the Chairman, Deputy Chairman and two representatives of civil society.

OGP is administered by the Support Unit that plays the role of the permanent secretariat and works closely with the Steering Committee to advance the goals of the OGP. The major function of the Support Unit is to manage OGP’s external communications, ensure the continuity of organizational relationships with OGP’s partners and support the broader membership.

Participation of Government and Parliament of Georgia in Open Government Partnership 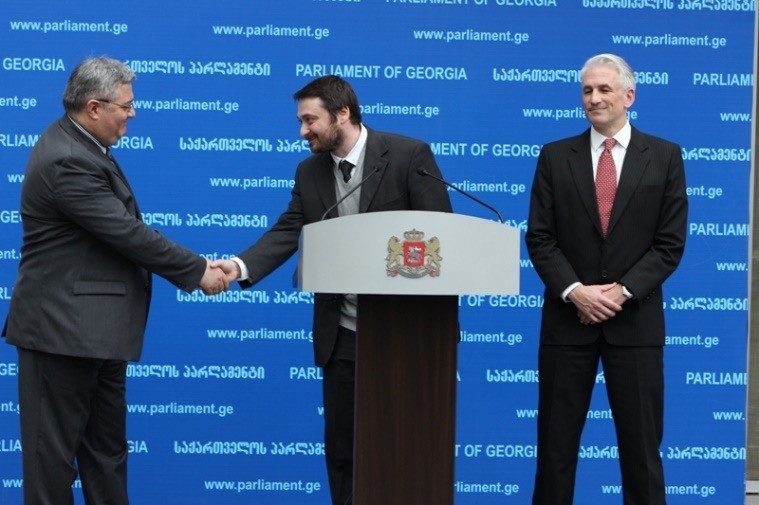 On July 30, 2014, for the first time after 2011, OGP steering committee was elected by the member states. Eleven states had been competing for eight seats, including Georgia. As a result of the elections, USA, Brazil, UK, Philippines and Tanzania were re-elected, while Georgia, Croatia and France joined the committee for the first time.

On May 4, 2016, Georgia became a Co-Chair of Open Government Partnership. Within the aforementioned competence, our country, along with France, was guiding Steering Committee.

In June 2017, Giorgi Kldiashvili, the Executive Director of Institute for Development of Freedom of Information (IDFI), was selected as a new member representing civil society in the Open Government Partnership (OGP) Steering Committee (SC). Kldiashvili was nominated as the SC member by Niels Scott, Resident Representative of the United Nations Development Program (UNDP) in Georgia.

Moreover, on September 19, 2017, at the 72nd Session of the UN General Assembly, the official meeting of the Open Government Partnership’s (OGP) Steering Committee took place. At the meeting, the Georgian Prime Minister Giorgi Kvirikashvili officially took over the OGP chair from the French President Emmanuel Macron.

As a member of the Open Government Partnership (OGP) Georgia has adopted and implemented three Action Plans and lately has elaborated and approved its Fourth Action Plan for the years of 2018-2019. It should also be noted that in the years of 2012-2018 the Government of Georgia carried out many important commitments through the action plans that our country adopted in previous years.

Moreover, on April 30, 2015, Parliament of Georgia and Non-Governmental and International Organizations participating in the Open Parliament Georgia Working Group, signed the Memorandum on Parliamentary Openness. As a result, Georgia became the first country in the region that started implementing the Principles of Open Parliament. It is noteworthy that in the year of 2015, Parliament of Georgia was awarded with the OGP Government Champions Award at the Open Government Partnership’s Global Summit. More precisely, the award was given to the Inter-Factional Group for an ideal cooperation with the civil society and for successful input of the civil society initiatives and recommendations into the national Action Plan.

Based on the aforementioned, we can conclude that the fact that Georgia was chosen as a Chairman of OGP is a great success for our country and can be considered as a step forward in regards of development of freedom of information and building of democratic society. 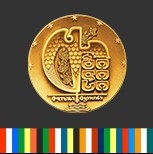 The main goal of the Brazilian Meeting was to determine the progress of implementation of the commitments undertaken by the member countries and to define the course of OGP. Furthermore, in order to implement the OGP Principles, government and civil society representatives presented their action plans. 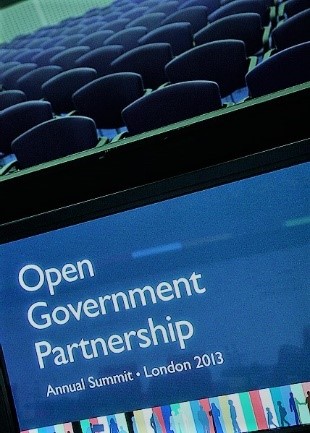 On October 31 – November 1, 2013, second Global Summit of Open Government Partnership was held in London, Great Britain. It was attended by more than 1,000 representatives of the member countries. As for the Georgian delegation, it consisted of the Minister of Justice and the representatives of “Institute for Development of Freedom of Information” (IDFI). Participating countries discussed progress of implementation of the OGP Principles and outlined new goals and challenges. The following priorities were determined at the London Summit 2013: Ensure of government openness, support of financial transparency in order to develop democracy and eliminate corruption, elaboration of global accounting standards in order to ensure transparency of utilization of natural resources, increase of dialogue and cooperation between governments and citizens and other.

Each participating country named new commitments to be included in their newly adopted action plans. Georgia committed to establish an integrated database of the public information (data.gov.ge) and to adopt a new Law on Freedom of Information. Moreover, Georgian delegation participated in the meeting of the Freedom of Information working group. The aim of the latter was to support implementation of the obligations related to freedom of information. 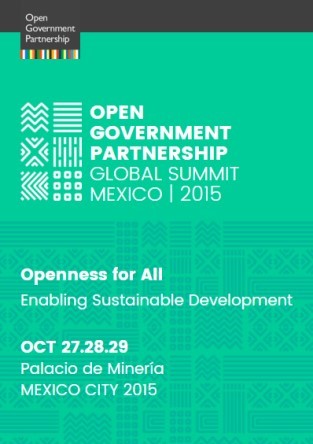 Third Global Summit of Open Government Partnership was held on October 28-29 in Mexico City, Mexico. Approximately 1,500 representatives of civil society, business sector and governments were presented at the Summit. The OGP Civil Society Day was traditionally held the day before the Summit. The aim of the aforementioned day was to deepen partnership between the OGP countries, increase the number of member states, exchange experiences and expend commitments of OGP.The Mexico Summit focused on number of important issues, such as interdependency of legislative process and technology. More precisely, it was agreed that technological support is one of the most important factors that contributes to the legislative process transparency. More precisely, technological support makes it easier for interested persons to access information and, thereafter, it ensures active participation of individuals in legislative processes.

Mechanisms for implementation of parliament openness were also discussed at the Mexico Summit. Furthermore, the OGP Summit emphasized the importance to include judicial branches of governments in implementation of the OGP Principles. Within the Summit, the Legislative Openness Working Group carried out training on legislative openness. Within the aforementioned training, various important issues were discussed, such as the role of technology in development and support of the legislative transparency, experience of the member countries in adopting access to information related legislation, implementation of international standards for parliamentary ethics and other.

With the help from the Legislative Openness Working Group, a large number of participating countries committed to include legislative branches of governments in implementation of the OGP goals. The participating countries also discussed the role of the Open Government Partnership in implementation of the 2030 Agenda for Sustainable Development Goals. 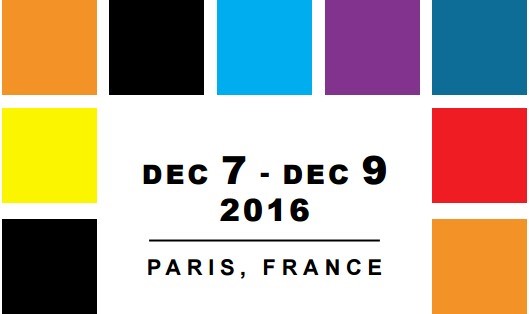 Open Government Partnership’s fourth Global Summit was held in Paris, France on December 7-9, 2016. It was attended by approximately 3,000 representatives of civil society, business sector and government. Representatives of the Government, as well as of the non-governmental organizations, including “Institute for Development of Freedom of Information” (IDFI), were also presented at the aforementioned Summit. One of the main events held at the OGP Summit was presentation and adaptation of Paris Declaration, which aims to support exchange of experiences and mechanisms of various governments and non-governmental organizations with other members of OGP. 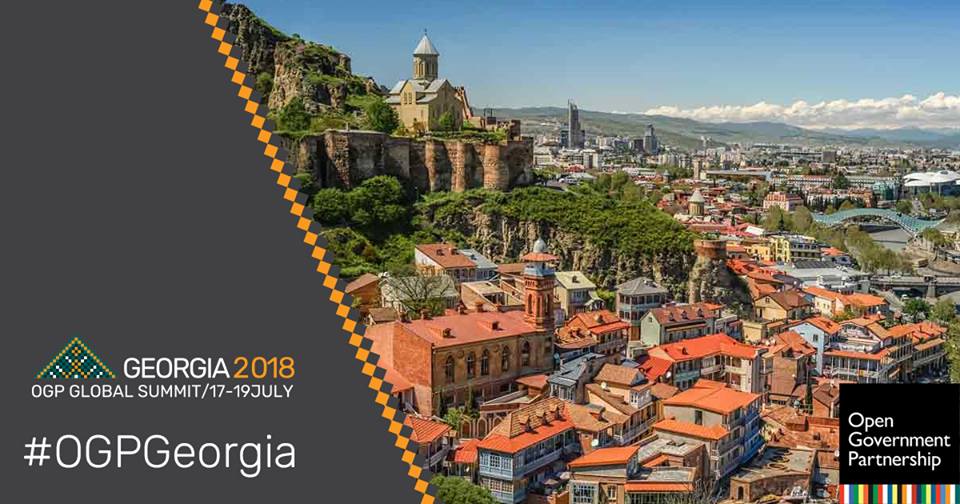 On July 17-19, 2018, Tbilisi will host fifth Open Government Partnership Summit that will gather up to 2000 participants from over the Globe. Heads of Governments, Members of Parliaments, representatives of civil society, academia, international and donor organizations will discuss open and good governance related topics. The Summit will start with a Civil Society Day, which is the principal gathering of the global civil society community working on advancing open government. Simultaneously, in the Tbilisi building of the Parliament of Georgia, Georgian Parliament will host the Open Parliament Day – a high-level international discussion on legislative openness. Several panel discussions will focus on a range of issues related to the legislative openness, including the new ways of engaging citizens and civil societies in parliamentary work, institutional reforms needed to achieve parliamentary transparency and accountability, and the role of technology and innovation in strengthening parliamentary openness. The discussion will be opened by the Chairperson of the Georgian Parliament, Irakli Kobakhidze. The event will consist of two panels (Panel 1 - Legislative engagement policy: good practices, challenges and ways forward and Panel 2 – Transparent and accountable parliaments).

Between the panels, Lightening Talks I and II will take place. They will focus on Technologies and innovations for Parliamentary Democracy and will include discussions, as well as presentations of various country experiences.

The Open Parliament Day is initiated and organised by the Parliament of Georgia, in cooperation with the Open Government Partnership (OGP) Support Unit, with the assistance from partners and donors – the European Union (EU), UNDP, USAID/Good Governance Initiative (GGI), GIZ, NDI and Institute for Development of Freedom of Information (IDFI).

On July 18, the Opening Plenary and number of high-level sessions of the Summit will take place. Within the framework of the Plenary, open parliament related issues will be discussed, such as Global Anti-Corruption, the Role of Multilateral Institutions in Supporting Open Governance Reforms, Open Data, Public Services Innovations, initiating and elaborating Participatory Budgeting and other. Topics will be discussed by various speakers from government, parliaments, CSOs and international organizations. Furthermore, Giorgi Margvelashvili, President of Georgia, Mamuka Bakhtadze, Prime Minister of Georgia, Irakli Kobakhidze, Chairperson of the Parliament of Georgia, as well as prime ministers and presidents of other participating states will attend the high-level sessions.

Giorgi Kldiashvili, Executive Director of Institute for Development of Freedom of Information (IDFI), will discuss impact, opportunities and challenges for open government and OGP in the Eastern Partnership.

On July 19, the Summit will continue with the following topics: Advancing budget transparency for development, publishing and re-using open data, open government innovations, feminist open government, citizen participation and other. Special attention will be paid to the parliamentary OGP issues and Giorgi Kldiashvili, along with Irina Pruidze, Chairperson of the Permanent Parliamentary Council on Open Governance, will present their vision on how four OGP Commitments have transformed the relationship between Parliaments and Citizens.

The Summit will take place in various locations, such as the Parliament of Georgia, Tbilisi Concert Hall, Rooms Hotel Tbilisi and Funicular.