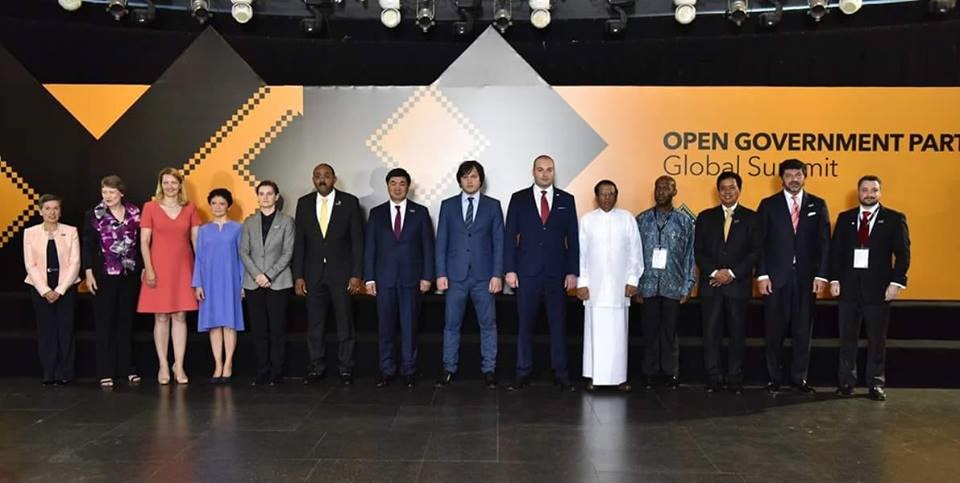 On July 17-19, the fifth Summit of Open Government Partnership (OGP) took place in Tbilisi. The Summit was opened with the Parliamentary Day that was hosted by the Parliament of Georgia.

On July 17, parallel to the Parliamentary Day, within the scope of the OGP Summit, Civil Society Day was held, where civil society representatives working on open governance gathered. The meeting was opened by Giorgi Kldiashvili, Executive Director of the Institute for Development of Freedom of Information (IDFI) and Keti Khutsishvili, Executive Director of Open Society Georgia Foundation (OSGF).

Giorgi Kldiashvili discussed achievements as well as existing challenges of Georgia within the framework of Open Government Partnership (OGP). He mentioned that since the first day of Georgia joining OGP, civil society, in cooperation with the Government of Georgia, was actively involved in implementing the fundamental principles of OGP. However, according to Kldiashvili, civil society faced a number of problems and challenges from the Government, which is a problem and a challenge not only for Georgia, but for many countries around the world. Giorgi Kldiashvili also stated that the co-creation process between the Government of Georgia and civil society representatives continues and it is crucial to follow up these efforts with real and ambitious results. He stressed the necessity of legislative reforms in relation to freedom of information and declared it as the main challenge. 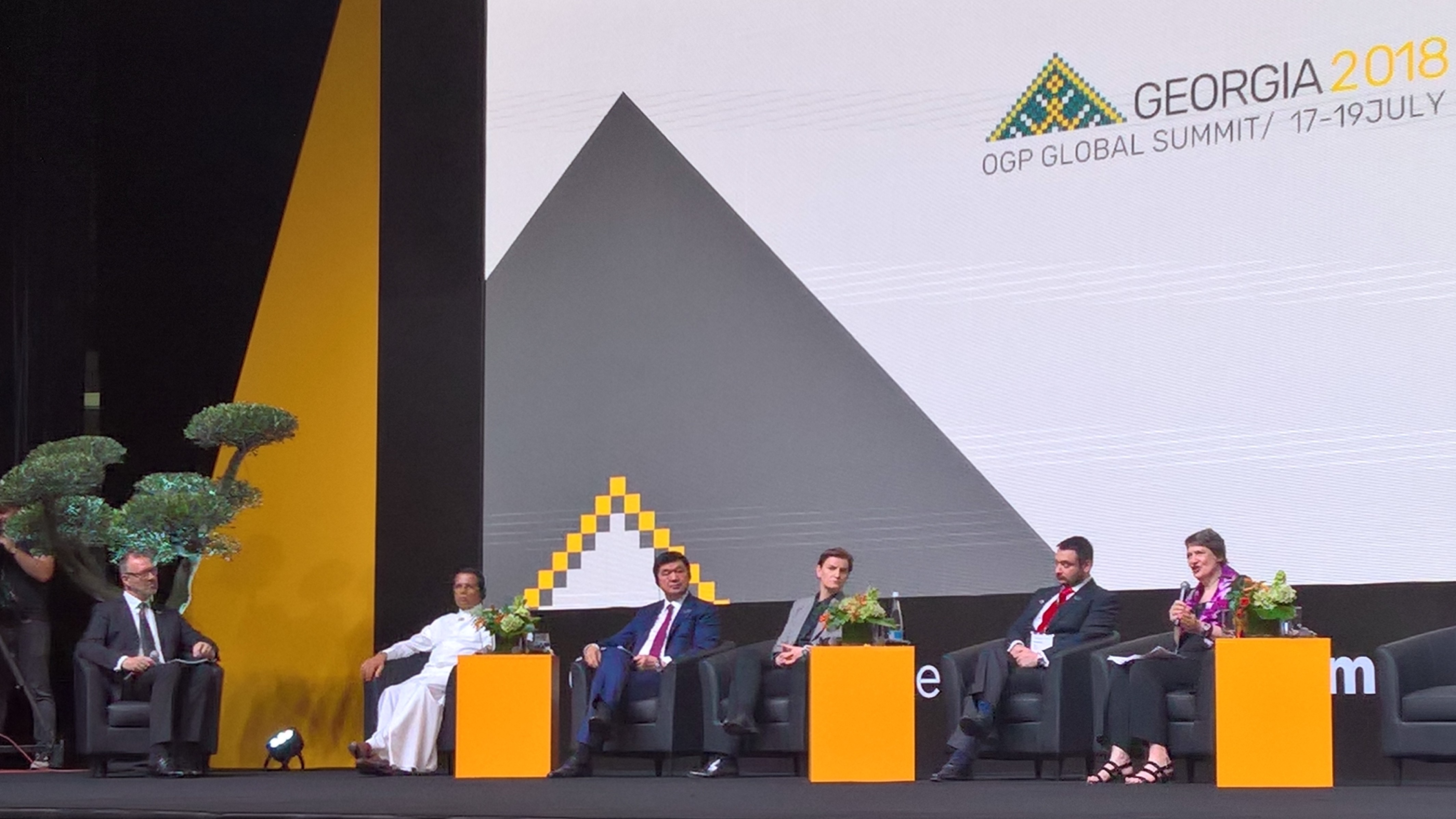 The meeting continued with the speech of Paul Maassen, Director for Civil Society Engagementat OGP. He presented the results of the civil society poll conducted in 2016-2018. Experiences of the OGP member states in the last 6 years were also discussed and future priorities of the Partnership were defined.

“Since the very first day of establishment of OGP, we see this initiative as a mechanism that gives us an opportunity to implement initiatives in relation to accountability, transparency, citizen involvement and their provision with better services. By means of OGP, 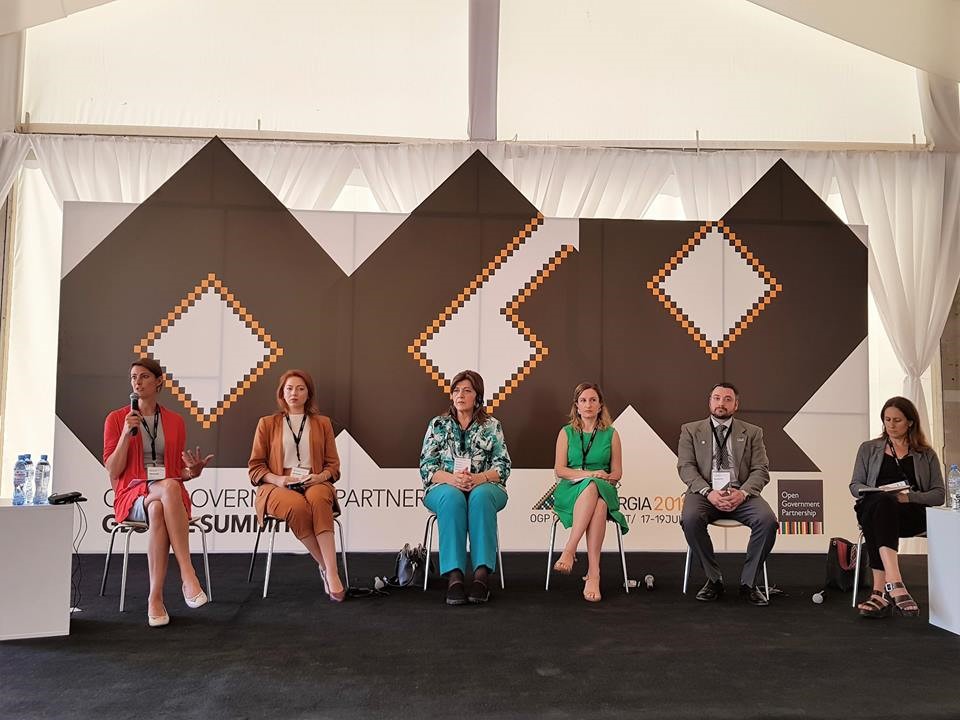 necessary platform for dialogue between the civil society representatives and the Government of Georgia was created. Dialogue and cooperation with the Government may be considered as the biggest achievement of our country and it is logical that as a result of it Georgia was elected as a Chair of OGP. In terms of providing services to citizens, I would like to draw attention to the introduction of Public Service Halls, which was a commitment within the National Action Plan of Georgia. Reforms implemented in terms of corruption elimination are also noteworthy, more specifically – elaboration of a monitoring system of assets disclosed by public officials. I believe that the aforementioned commitments and reforms were directly oriented towards citizens’ interests. When talking about challenges, it is noteworthy that in most cases the Government is not able to define the needs and wishes of citizens and the vivid example of this are the reforms that I have discussed – the ones that in most cases were elaborated by civil society and then submitted to the Government. In contrast, commitments that were elaborated directly by state institutions are often less relevant and do not correspond to the needs and expectations of citizens,” – Giorgi Kldiashvili. (video of his speech)

In the final part of the opening ceremony of the OGP Summit new members of the Partnership were presented. Governments of Ecuador, Kyrgyzstan, and Morocco, Portugal and Senegal and local governments of Spain, Romania, Nigeria, Columbia and Philippines joined the initiative. 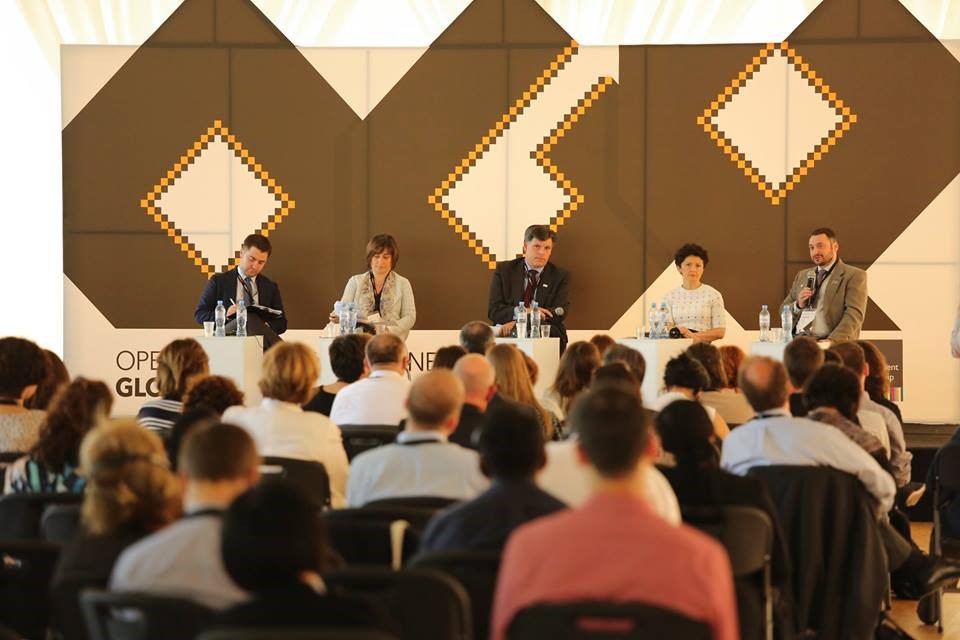 On July 18, the OGP Global Summit continued with sessions focusing on various topics. Giorgi Kldiashvili, Executive Director of IDFI, participated in the session named - Impact, Opportunities, and Challenges for Open Government and OGP in the Eastern Partnership. The aim of this session was to explore ways in which open government approaches can help in achieving the ambition for stronger governance, economies, societies and connectivity in the Eastern Partnership member states.

“The anticorruption system that currently exists in Georgia, does not work well in practice – it does not stop high-level corruption. The Open Government Action Plan elaborated by the Government of Georgia does not include ambitious commitments, especially in the anti-corruption direction. IDFI and its partner organizations demanded creation of an independent anti-corruption agency, however, unfortunately, this demand was not included in the Action Plan,” – Giorgi Kldiashvili.

On July 19, during the closing day of the OGP Summit, Irina Pruidze, Chairperson of the Permanent Parliamentary Council on Open Governance, Maria Baron, Global Executive Director of Fundación Directorio Legislativo, Blanca Ovelar, Senator of the Senates Chamber of Paraguay, Alyona Ivanivna Shkrum, Member of Parliament of Ukraine, and Giorgi Kldiashvili, Executive Director of IDFI, participated in the session - How 4 Open Government Partnership Commitments Have Transformed the Relationship between Parliaments & Citizens.

The aim of this session was to share experiences of Argentina, Georgia, Paraguay and Ukraine in relation to ensuring citizen involvement. Irina Pruidze and Giorgi Kldiashvili discussed Action Plans elaborated by the Parliament of Georgia, as well as the commitments that aimed to ensure citizen involvement.  On July 19, attention was paid to topics, such as Georgia becoming a Chair of OGP. 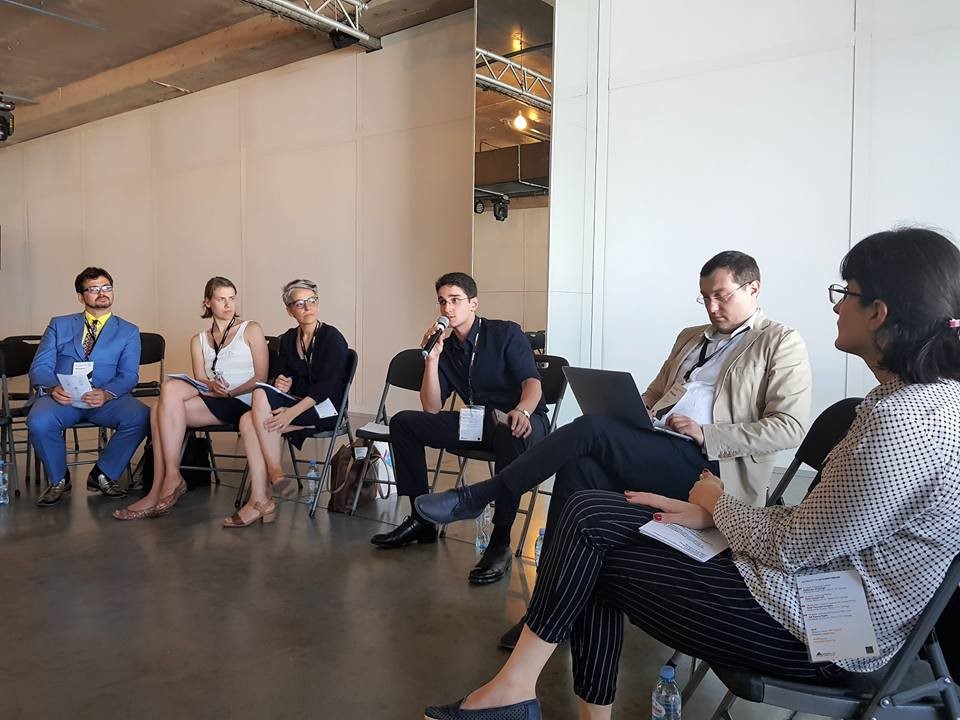 At the session titled - What has led Georgia to OGP chairmanship - Natia Natsvlishvili, Assistant Resident Representative at United Nations Development Programme Georgia, Giorgi Kldiashvili, Executive Director of IDFI, Brock Bierman, Assistant Administrator for Europe and Eurasia at United States Agency for International Development and Tea Tsulukiani, Minister of Justice of Georgia, discussed the reforms carried out by Georgia within the framework of OGP, future plans, and shared the experience of Georgia in implementing the fundamental principles of OGP.

“First of all, I would like to mention that implementation of OGP principles in Georgia is carried out as a result of cooperation between the Government and non-governmental sector. This is the main feature that distinguishes Georgia from other states participating in the initiative. Georgia deserved chairmanship of OGP and holding the summit in Tbilisi is an unambiguous result of our country’s success,” – Giorgi Kldiashvili.

The IDFI held its own session at the Summit. During the session, Giorgi Lomtadze, Head of Research Direction, discussed how public procurement can be transformed into an effective instrument for 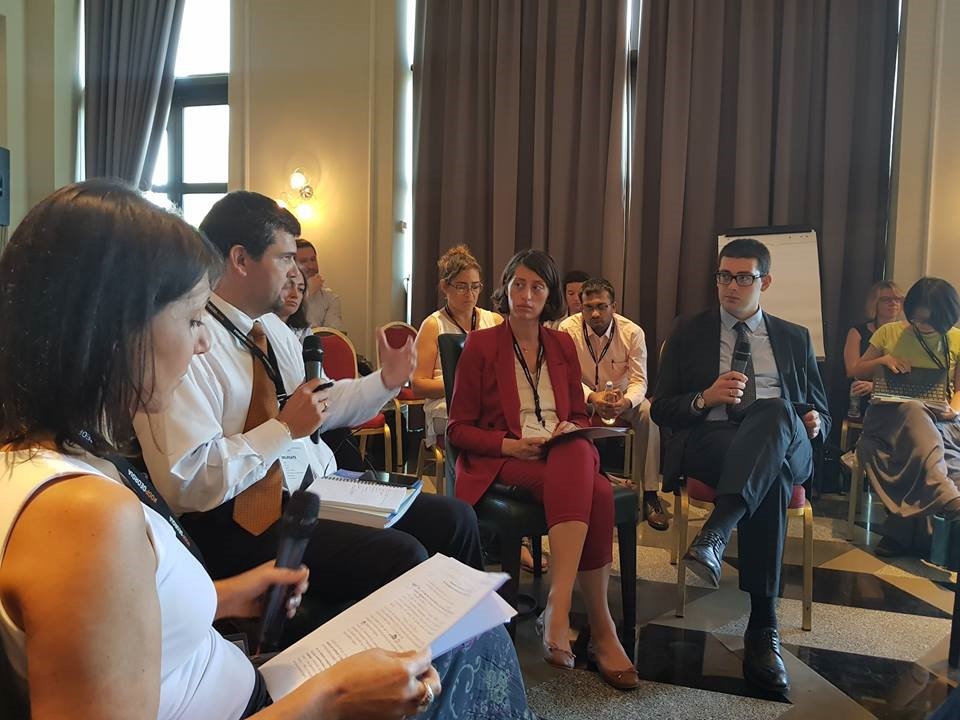 making governments more accountable, transparent, fair and efficient and how CSOs and governments can collaborate on enhancing public procurement practices.

Sustainable Development Goals (SDGs) were also in focus at the Summit. Saba Buadze, Head of Analytical Direction at IDFI, participated in the session - Innovative Partnerships for SDG 16 Data for Strengthened Monitoring & Implementation. During the session, he discussed achievements and challenges of Georgia in implementation of SDGs.

“With the support of UNDP, together with El Salvador, Indonesia, Mexico, South Africa, Tunisia and Uruguay, Georgia had an opportunity to participate in a global pilot project to monitor the implementation of SDG 16 - peaceful, just and inclusive societies. It was also a unique opportunity for the Institute for Development of Freedom of Information (IDFI), the organization that I am representing here today, to be actively involved in this process as a partner NGO to the Administration of Government of Georgia. The Government of Georgia had expressed its readiness to move forward with the Agenda 2030 even before joining the initiative, with SDG 16 declared a priority. However, since this process started in 2016, very little has been done in terms of translating the Goals into the national system,” – Saba Buadze.