OGP Awards and its Winners 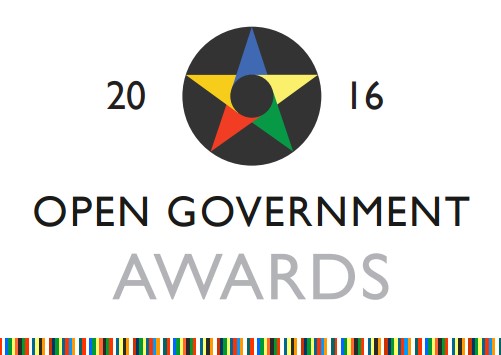 It is noteworthy that each year the Open Government Awards choose one particular challenge of OGP and reveal the best example of its implementation. For example, during the United Nations General Assembly Meeting that was hosted in 2014, the Awards were dedicated to “Citizen Engagement” and the best example of its implementation was defined. It should also be noted that 33 states participated in the Awards of 2014.

The winner of the Open Government Awards 2014 was Denmark for its Statutory Elected Senior Citizens’ Councils Initiative. The aforementioned Council was established in 1990’s and it aims to support senior citizens’ active participation in local governments’ decision making processes.

Initially, the Statutory Elected Senior Citizens’ Council was a voluntary initiative and had no legal power to actively participate in governing processes. However, in accordance with the newly adopted Law of Denmark, participation of the Statutory Elected Senior Citizens’ Councils in the activities carried out by local governments became mandatory. As of today, Senior Citizens’ Councils are represented in every municipality of Denmark. Furthermore, in compliance with the abovementioned Law, before making any final decision, the local government is obliged to consult with the Senior CitiThe Georgian team was presented at the Open Government Awards 2014 with its Community Centers for Citizen Engagement initiative.  This initiative was selected for nomination by Open Government Georgia’s Forum. The Forum, consisting of the Government and Civil Society representatives, actively cooperated with local, as well as international organizations in developing process of the initiative. Institute for Development of Freedom of Information (IDFI) also participated in development of the Community Centers for Citizen Engagement Initiative. 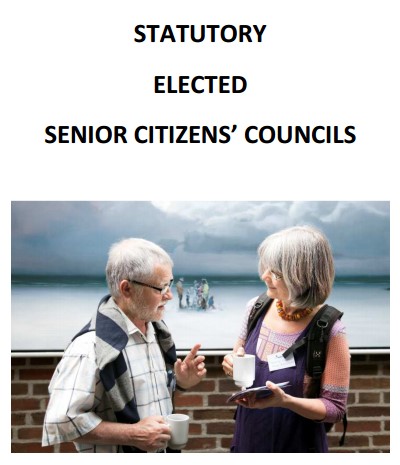 As it was stated in the Application submitted to the Awards, the population that lives in the regions of Georgia has a limited access to the modern means of communication (for example, internet). Moreover, people living in villages have to travel long distances in order to receive services. Due to these reasons, the target group of the Community Centers for Citizen Engagement Initiative is the population living in the regions of Georgia. This initiative aims to increase civil engagement in the decision-making processes and accessibility of the services.

As of 2014, within the scope of development of the Community Centers for Citizen Engagement Initiative, 12 Community Centers were opened in various regions of Georgia. By means of modern technologies and new infrastructure the population in regions can receive up to 200 services locally and access free internet.  The initiative of Georgia scored 62.5 points at the Open Government Awards 2014 and was given 25th place among the other 33 competitors.

The Award of 2015 was held during the Open Government Partnership’s Global Summit in Mexico and its theme was “Improving Public Services through Open Government”. There were up to 30 states participating in the Awards and the initiative of Uruguay was named as the winner of the competition. More precisely, Uruguay developed the web platform http://atuservicio.uy/, where the citizens of Uruguay can find detailed information on health care providers. 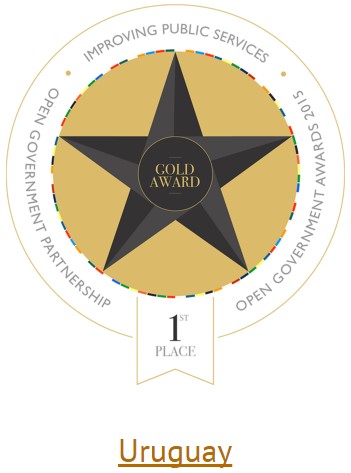 It is noteworthy that prior to the launch of the web platform, citizens chose health care providers based on their impressions of marketing campaigns and it is needless to say that the aforementioned could not have been an objective criteria for making a right choice. Therefore, the government of Uruguay, in cooperation with the civil and private sectors, developed the abovementioned platform. The information placed on the web platform is comprehensive and impartial and makes it much easier for the citizens of Uruguay to choose health care providers.

Georgian team presented “The Voice of the Customer” – the project developed under the Open Government’s Action Plan for the years of 2014-2015. Submission of this project was also the initiative of the Open Government Georgia’s Forum and it was developed in strong cooperation with the government, as well as the civil sector (including Institute for Development of Freedom of Information (IDFI)) representatives. “The Voice of the Customers” aims to improve the quality of public services by using customer reviews and comments. More precisely, in any branch of Public Service Hall, a customer can fill in the application on the board of the Voice of the Customer or make a call to the unified call-service center of Public Service Hall and express their opinion on the services provided. The given initiative scored 69.9 points at the Open Government Awards and was placed at 20th place among other 29 competitors.

As for the Open Government Awards 2016, it is noteworthy that it was dedicated to transparency – one of the foundational values of the Open Government Partnership. As it is known, governments and government-controlled entities collect and use vast quantities of data and information while carrying out their day-to-day activities. Moreover, transparency and accessibility of this information is a prerequisite for citizens’ involvement in governing processes. It ensures effective functioning of government and derives from the challenges of Open Government Partnership.

ProZorro is an open-source platform that monitors government tender and procurement data. It is a collaborative effort between civil society, government and the private sector and was started in 2014. Since February 2015, more than 4,500 governmental organizations have joined the project and took part in purchases. As of August 1, 2016, it became compulsory to register at the ProZorro system to track the results of tenders. Furthermore, by means of ProZorro web platform, citizens can see how state funds are spent by state agencies.

It is noteworthy that ProZorro can also be accessed by means of a specially developed mobile application. Furthermore, trainings were held across the country and business sector representatives as well as civil servants were explained the purpose of the given platform and terms of its usage.