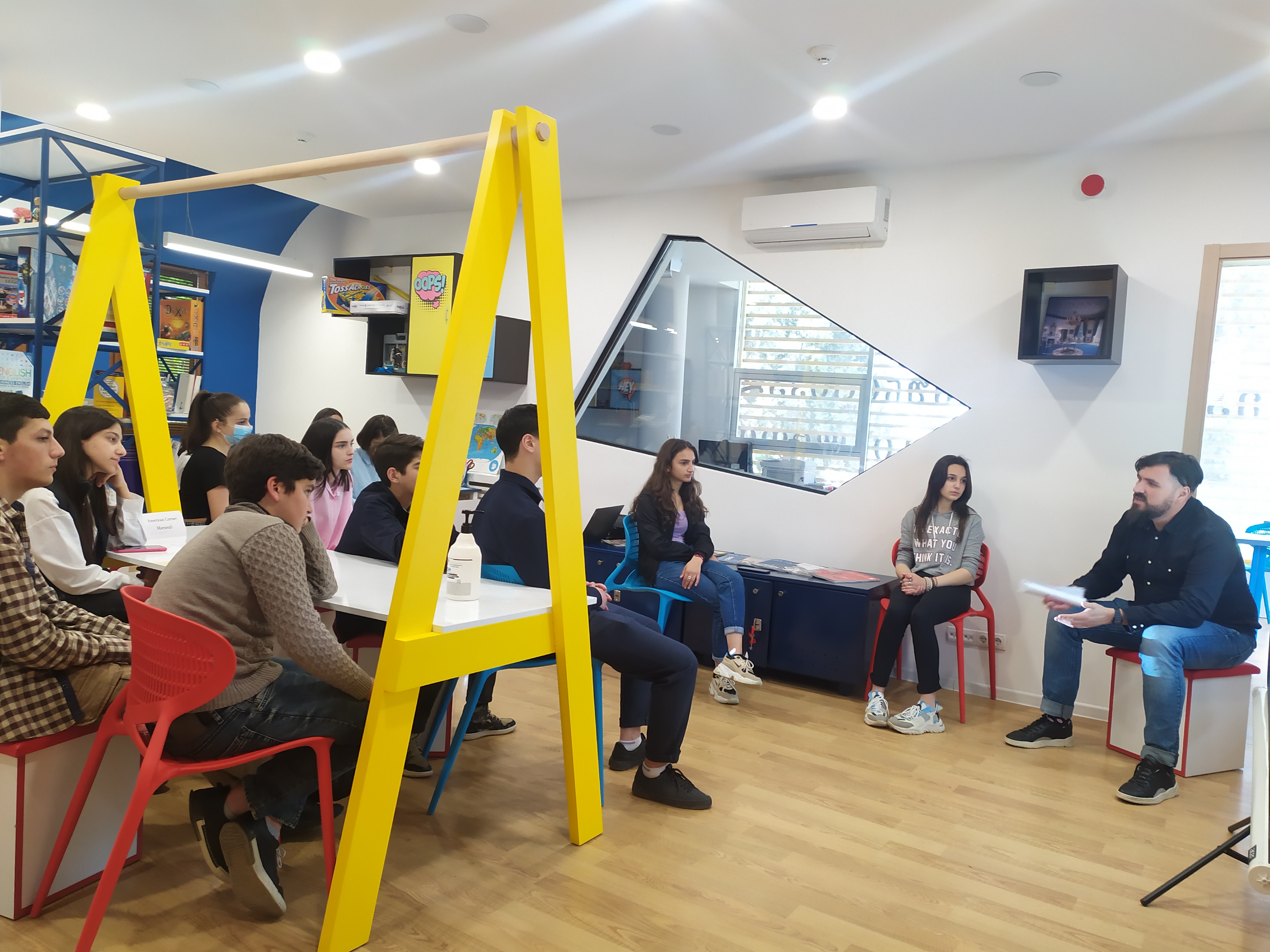 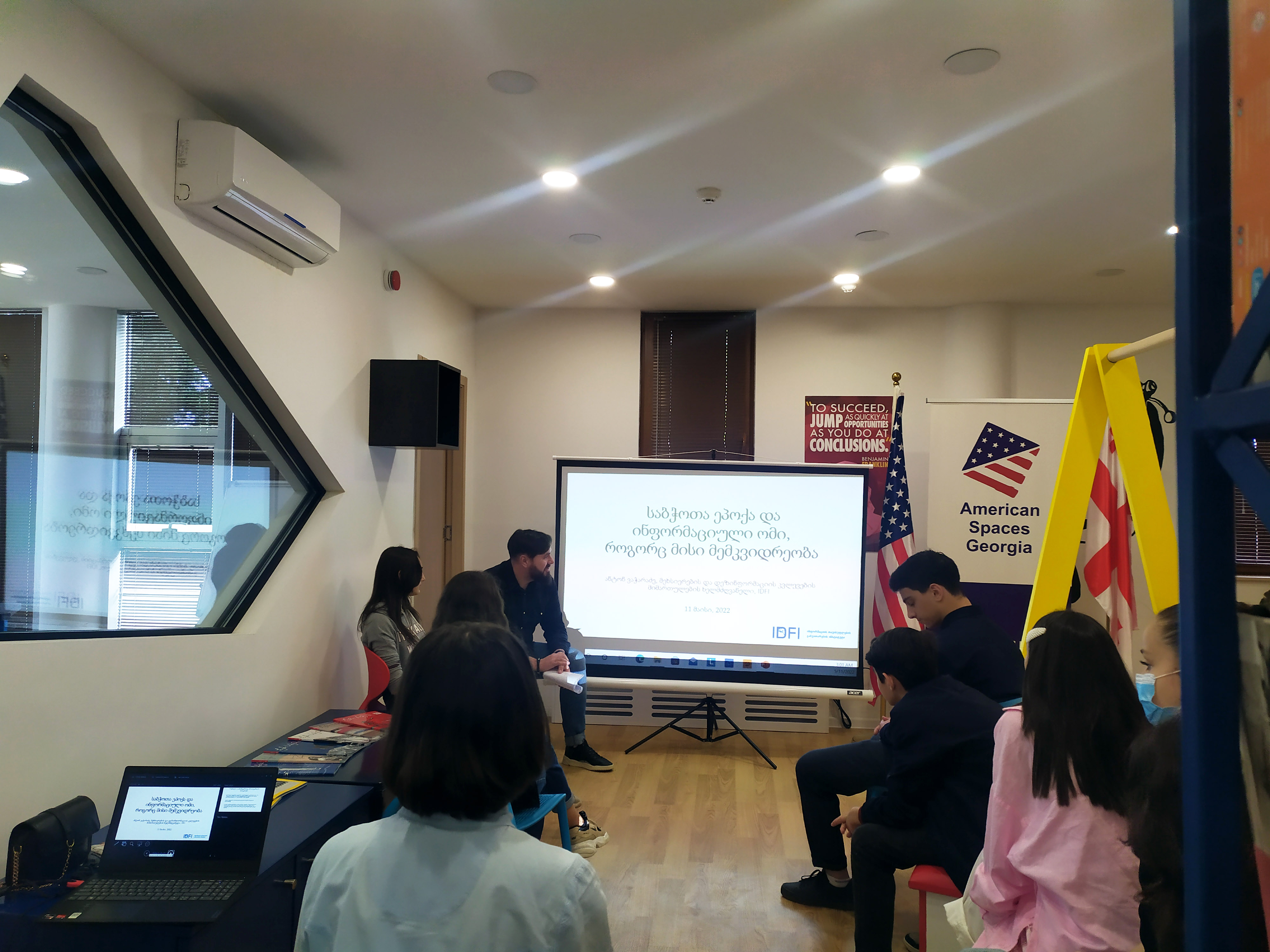 The meeting was attended by school students and representatives of the organization. The conversation focused on the main markers and goals of Russian propaganda, the glorification of the Soviet Union and its role in modernity, the attitude towards Georgians in the Soviet Union and modern Russia. The meeting also discussed examples of Russian mass disinformation and propaganda tendencies, the extent of their spread in relation to the Russia-Ukraine war.

Anton Vacharadze, Head of Memory and Disinformation Studies Department at the Institute for Development of Freedom of Information (IDFI), introduced the students to modern challenges in the context of Russian propaganda and information warfare. He stressed that the use of falsified historical narratives is also actively pursued by harmful actors in Georgia. The forms and methods of dissemination are very similar to the "ideological cloud" of Russian propaganda, which is aimed at reinterpreting history and following the Kremlin rhetoric. Anton Vacharadze also spoke about the responsibility of citizens and the media regarding the verification of facts.

The meeting was held in question-answer mode. Students expressed their opinions and openly asked questions of interest to them. The discussion was held in a broad informational context.

Marneuli American Corner expressed readiness for future cooperation with the Institute for Development of Freedom of Information (IDFI).