Meeting Regarding Recommendations on Parliamentary Openness 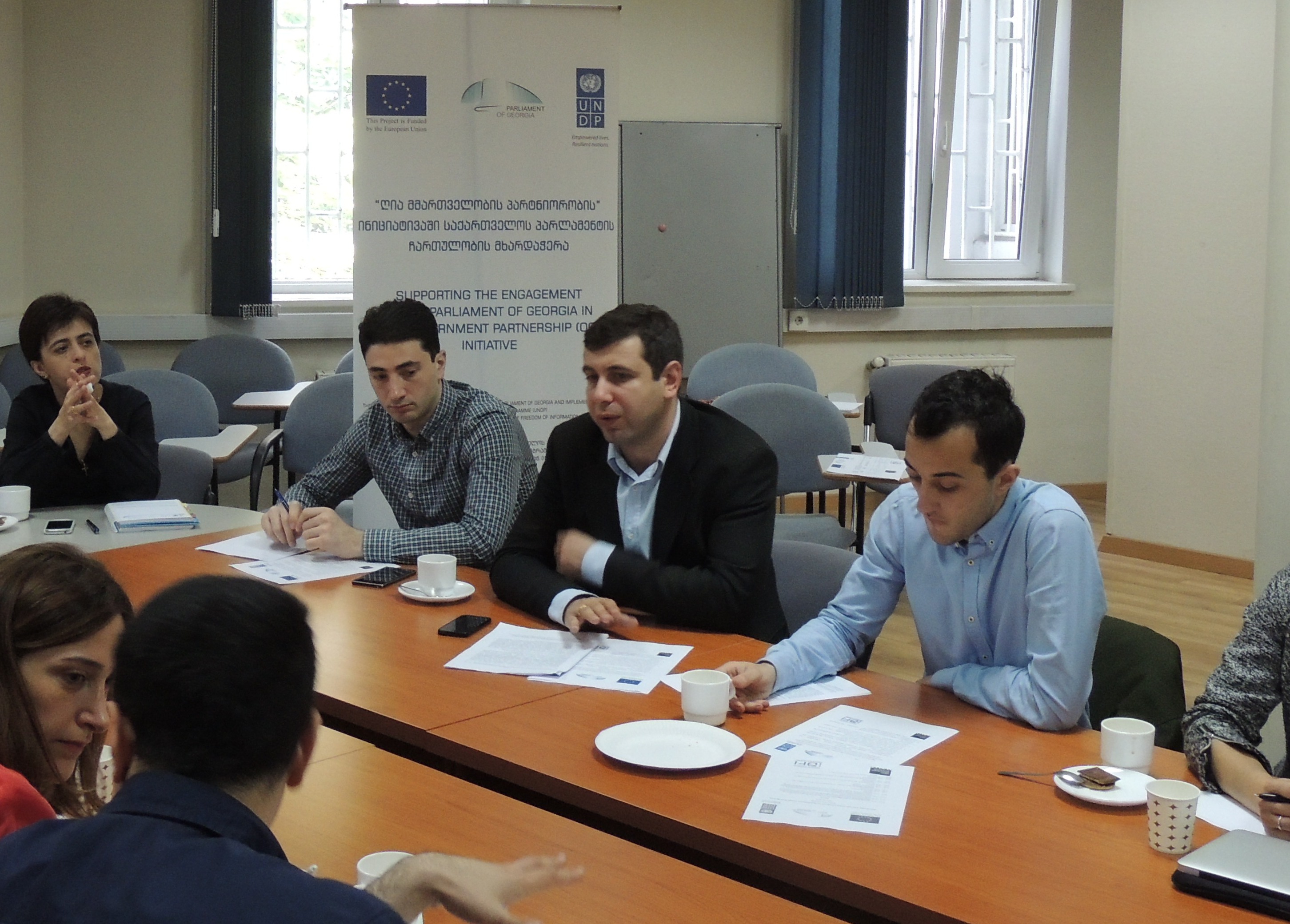 On 20th of May, the Non-Governmental and International Organizations, participating in the Open Parliament Georgia Working Group, met regarding the issues of Parliamentary Openness. Meeting was held within the project “Supporting Parliament of Georgia Involvement in Open Government Partnership” that is implemented by the Institute for Development of Freedom of Information (IDFI) with the partnership of the Parliament of Georgia within the joint project of the European Union (EU) and the United Nations Development Programme (UNDP) “Strengthening the System of Parliamentary Democracy in Georgia”.

Vazha Salamadze, representative of the Civil Society Institute, talked about the commitments, which can be taken into the account by the Parliament of Georgia. “Parliament should promote the development and involvement of civil society organizations”, he said. Institute for development of freedom of Information (IDFI) presented following recommendations: E-Petitions (statements, as well as legislative initiatives) submitted through the web-page of the Parliament of Georgia; E-Consultation system, that will give possibility to the Parliament of Georgia to give consultations to any interested physical or legal entity about the draft bills; engagement of the citizens in the state budget planning process; etc.