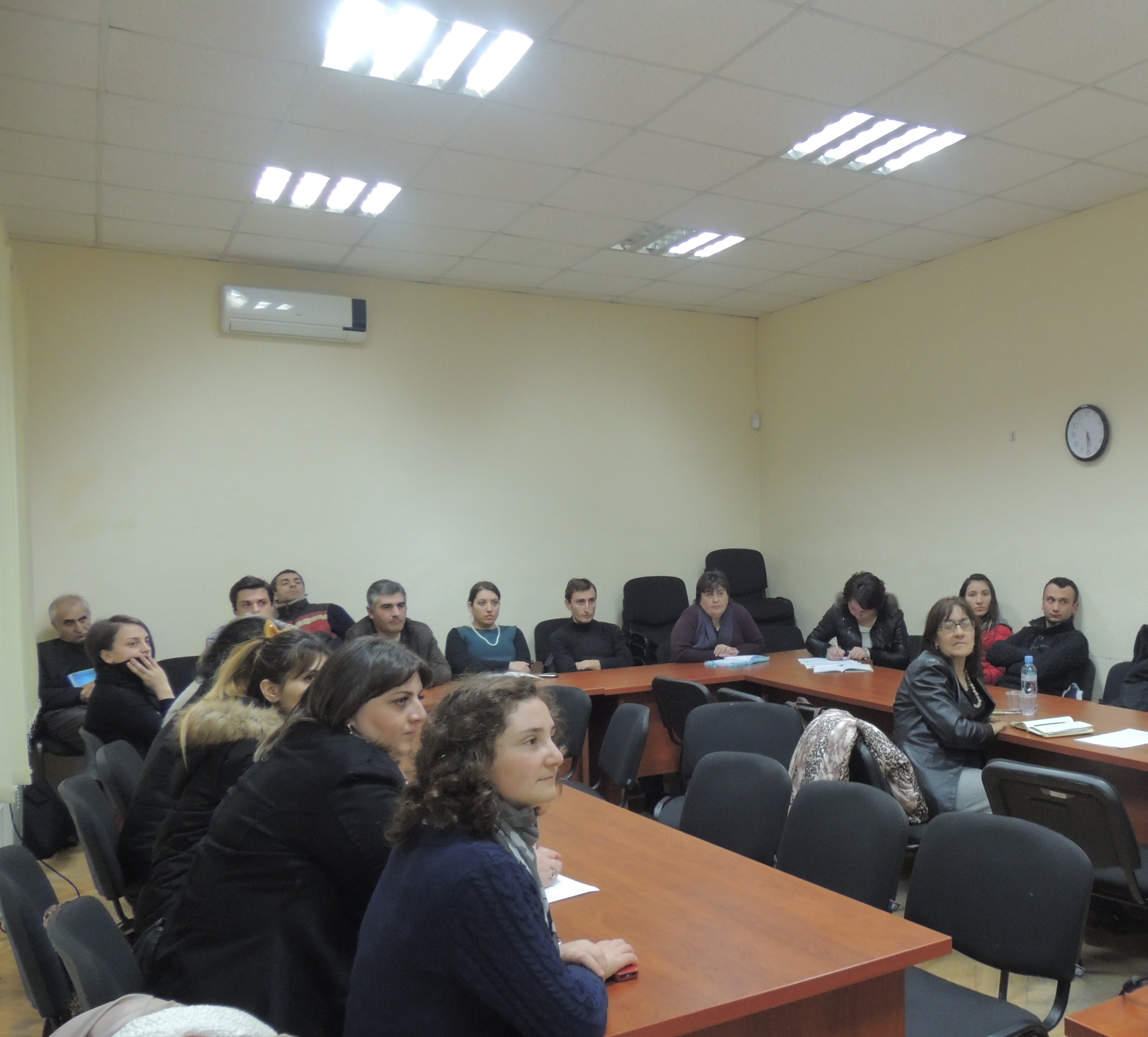 Discussions “In Control with Your Government” were delivered in the framework of the project “Enhancing E-skills for Controlling Government among Young People”. The discussions aimed to give participants information about the techniques of effective communication towards local, central government, as well as result-oriented project management. Project team discussed following topics: 1.Tools of influencing government 2. Effective communication between government and citizens.

At the beginning of the discussions, participants were instructed to think about major actors of society. They spoke about an influence of each actors in their communities and access their engagement in social projects. Second phase of meeting were dedicated to the tools of effective communication between government and citizens. Project team shared IDFI experience in the field of controlling government. At the end of each discussion participants were invited to do practical task “Meeting with Government Representative”, where participants had opportunity to plan their meeting and speak about the solutions of the problem.

The discussions carried out throughout the project, showed that young people in regions really lack sufficient and comprehensive information about the ways necessary for building up interactions with public authorities and delivering their remarks, feedbacks or concerns regarding particular problems or issues. Moreover, motivated and active citizens do not possess effective tools how to observe and ensure accountability and openness of governmental bodies.

The Project “Enhancing E-Skills of Controlling Government among Young People” is financially supported by U.S. Embassy in Georgia.