Statistical Data of Internally Displaced Persons by Deprivation of Status, Termination and Income 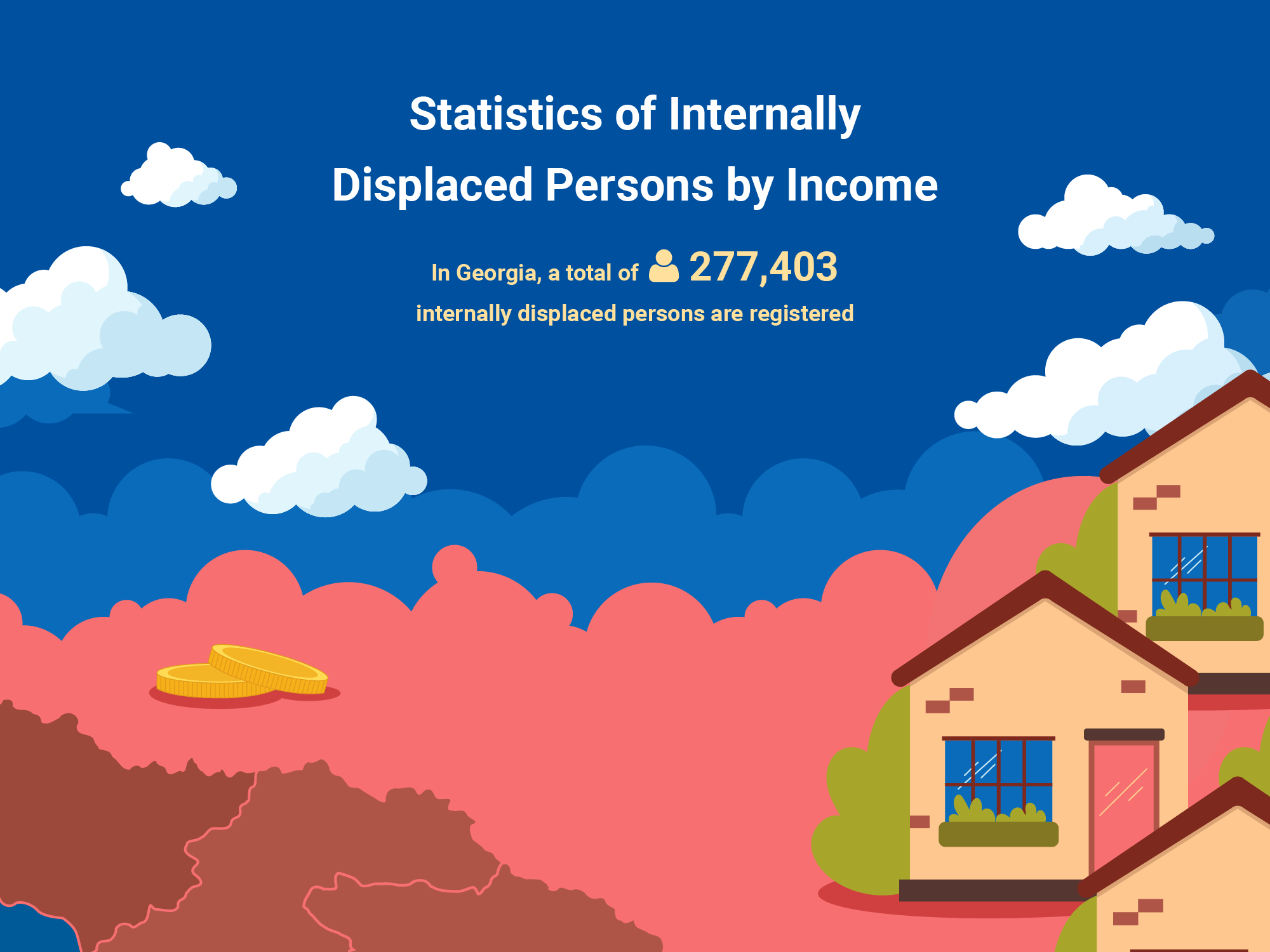 According to the information provided by the Ministry of Internally Displaced Persons from the Occupied Territories, Accommodation and Refugees of Georgia, 277,403 persons have registered as an IDP in Georgia.

The Law of Georgia “On Internally Displaced Persons from the Occupied Territories of Georgia” contains the rights of IDPs and the obligations of the Government towards these persons. The abovementioned Law defines the bases for granting the status of an IDP, as well as the deprivation of status and IDP assistance.

Due to the relevance of the topic, IDFI addressed the Ministry of Internally Displaced Persons from the Occupied Territories, Accommodation and Refugees of Georgia with a request for the statistical data of deprivation and termination of the status of internally displaced persons in 2014-2017. IDFI also requested statistical data on those IDPs whose monthly income exceeds 1,250 GEL. The Ministry provided all the information requested within the frameworks of this study.

- In 2014-2017, a total of 26,752 people had their refugee status terminated. The most common reason for the termination of the refugee status was due to not having undergone mandatory registration in 2014;

- IDPs lost their status due to accepting the citizenship of a foreign country most commonly in 2016;

- In 2014, 17,177 people had their IDP status terminated due to not having undergone mandatory registration, however 5,567 persons subsequently had their status restored in the following years;

- Among those IDPs living in Tbilisi, only 5,5% (5942 people) have a monthly income that exceeds 1,250 GEL, a higher percentage than in other regions of Georgia.

Statistical Data of Internally Displaced Persons by Deprivation of Status, Termination and Income