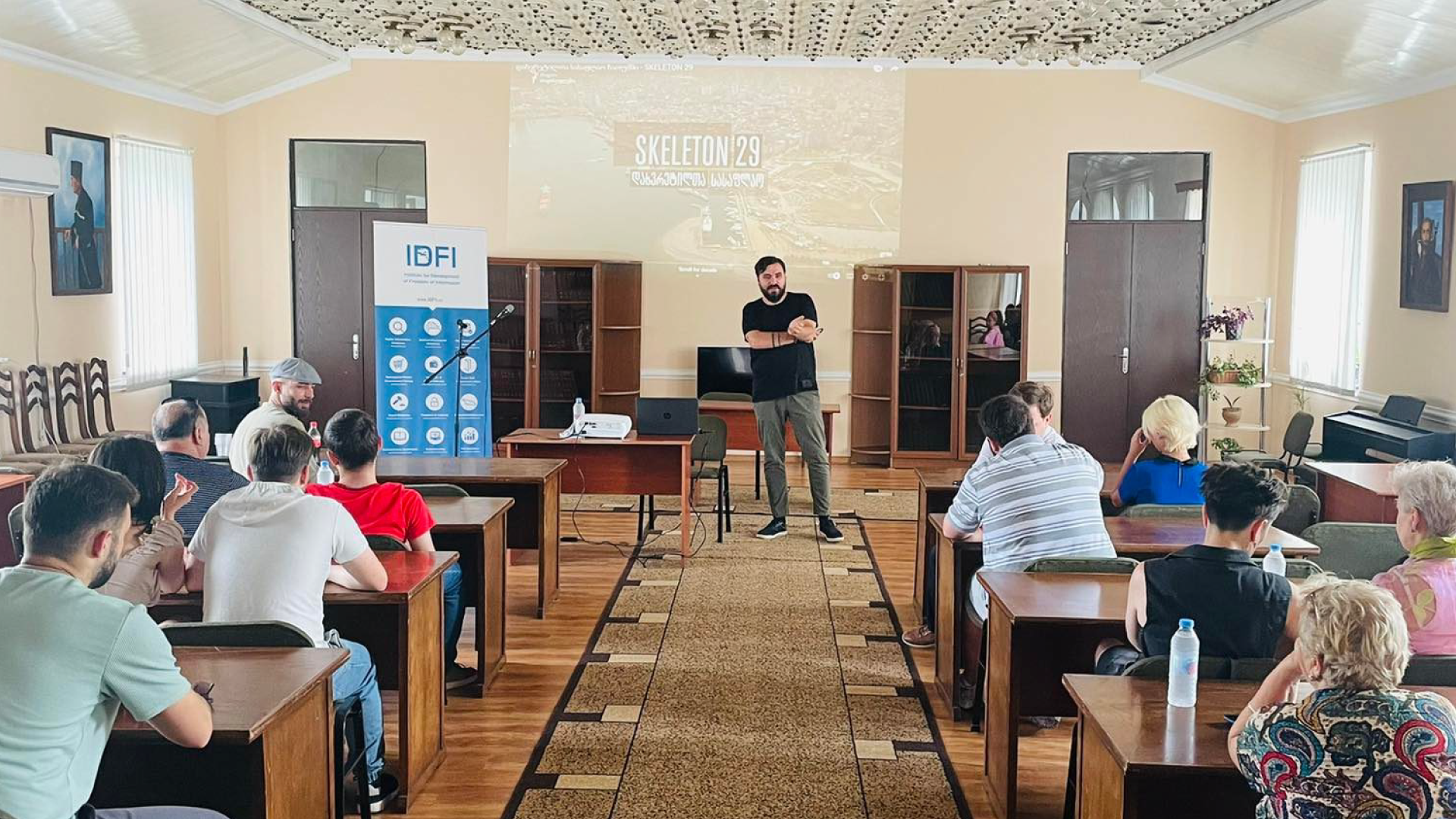 On July 29, 2022, the Institute for Development of Freedom of Information (IDFI) delivered a presentation regarding the issue of the repressed in Poti. Held at the municipal library, the presentation was followed by the showing of the film “The Cemetery of the Repressed”.

“The Cemetery of the Repressed”, directed by the “Radio Tavisufleba” (Radio Free Europe/Radio Liberty) conveys the story of the mass graves of hundreds of people purportedly shot by the Soviet Regime which were discovered in the territory of a former Russian military base near Batumi.

Before the showing of the film, a presentation regarding the Great Terror in Georgia in 1937-1938 was held. The Memory and Disinformation Studies Direction Head at the IDFI, Anton Vatcharadze, reviewed Stalin’s repression of the 1930s and introduced stories from this epoch as well as the history of the mass graves that were discovered. Anton outlined the study carried out by the IDFI in partnership with Polish experts and the Diocese of Batumi and Lazeti to the listeners. During the meeting, the issue of the miserable situation regarding social protection and household subsidies for the repressed people in modern Georgia was also discussed, for which the IDFI has been working to improve for years.

The information meeting was held with the financial support of the Swedish International Development Cooperation Agency, Sida.