On September 29-30, 2022, the Institute for the Development of Freedom of Information (IDFI) in cooperation with the National Parliament Library of Georgia held a presentation on the issue of repressed people in Kaspi, Borjomi, and Gori and a screening of the film "Cemetery of the Shot in Batumi" shot by Radio Free Georgia/Radio Liberty (RFE/RL).

Within the framework of the mentioned meetings, IDFI was hosted by multi-ppurpose school gymnasium, Central Library of Borjomi, and Gori Photographers’ Club.

It should be noted that the multi-purpose school gymnasium in Kaspi is located in the former police building of the time of the Soviet Union. In the basement of the building, during the Soviet Union, a pre-trial detention center was set up, where you can still find solitary cells and many items typical of the Soviet Union's handwriting.

The presentation and the film screening were held in the mentioned basement, where in 2016 Nino Niparishvili, a civil education teacher of the high school, and Ivane Jakhua, the head of the archives of the second department of the Archive of the Ministry of Internal Affairs, opened the exhibition-museum of the victims of political repressions living in Kaspi municipality. The purpose of the exhibition-museum is to remind the society once again how brutally the regime treated its citizens. 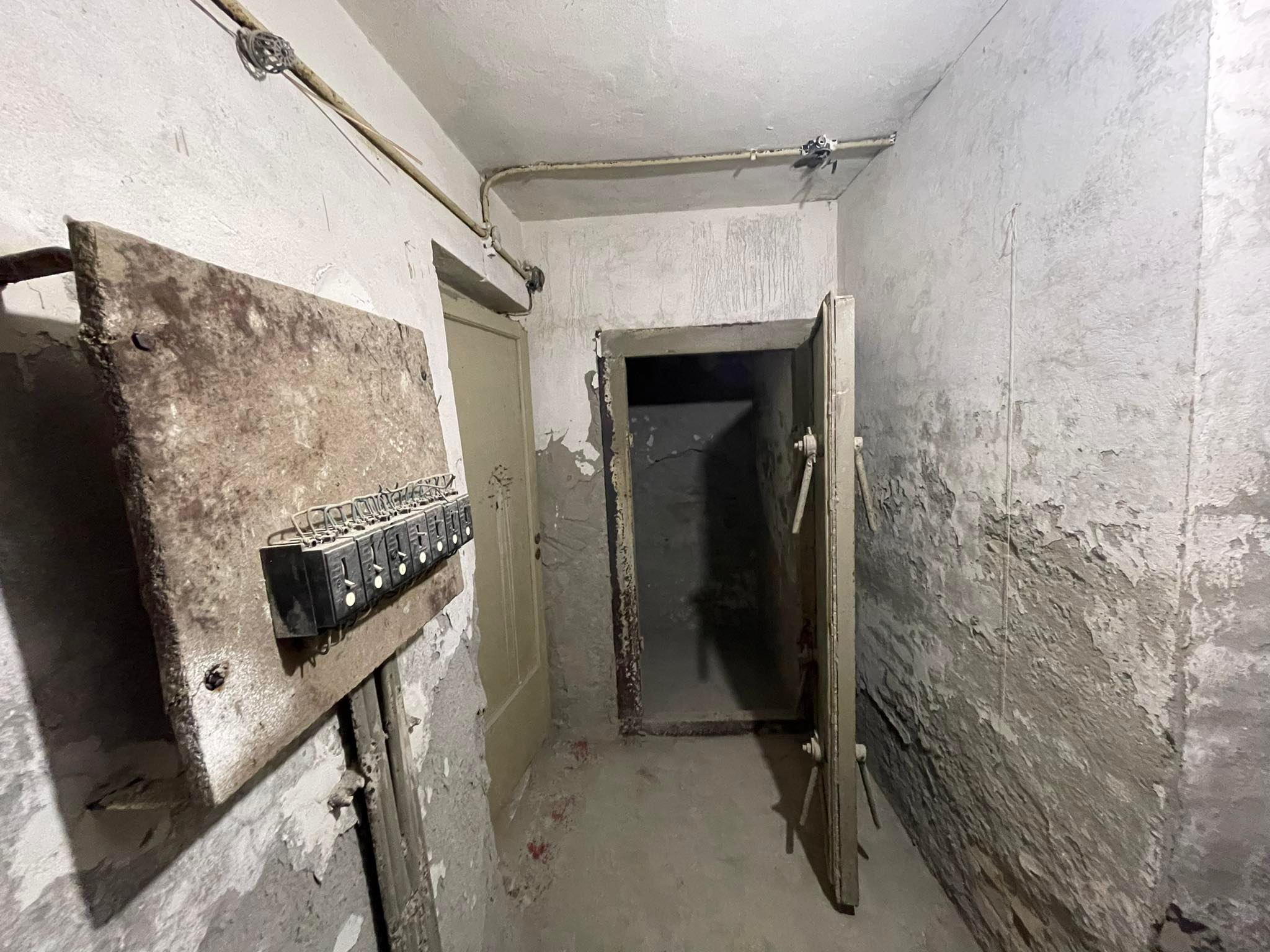 The meetings continued in Borjomi Central Library and Gori Photographers' Club. Dozens of people attended the lecture and the presentation of the film in the municipalities, including secondary school students.

The film "Cemetery of the Shot in Batumi" presented during the meetings tells how the graves of hundreds of people shot by the Soviet regime were found near Batumi, on the territory of the former Russian military base. One of the heroes of the story is 85-year-old Lamara Amiranashvili, whose father's remains (Gedevan Chkhaidze) may be among the last 29 remains found. Lamara Amiranashvili has already did the DNA profiling and hopes that her DNA material will be compared with the DNA of the remains of 29 people found.

Before the screening of the film, Anton Vatcharadze, the Memory and Disinformation Studies Direction Head of the Institute for the Development of Freedom of Information (IDFI), gave a presentation on the theme of the repressed and talked about the great terror that took place in Georgia in 1937-1938, introduced a different history from the mentioned era to the audience, and also drew attention to the specificity and significance of the discovery of mass graves. He discussed the history of the tombs discovered in Adjara, the work carried out together with the Eparchy of Batumi and Lazeti and the Institute of National Remembrance of Poland (IPN), steps taken, and future plans.

At the end of the meetings, the attending public had the opportunity to ask interesting questions and express their opinion about the presentation topic.

The information meeting was held with the financial support of the Swedish International Development Cooperation Agency ( Sida).