Think Tank Fund of Open Society Institute Budapest Foundation, (OSI) aims at supporting and strengthening independent policy research centers that provide political, economic and social recommendations for effective functioning of the government and have substantial impact on improving openness and development of the society.

The goal of the Organizational Development Grant received by IDFI is to assist overall development of IDFI as a think tank in three specific areas: quality of research products, communications and advocacy, and internal development and governance.

Over the years since its foundation, IDFI has gradually developed into a credible organization combining watchdog activities with in-depth research, and further advocacy in the field of open government in Georgia. Despite considerable success, however, IDFI is like many other CSOs as the vast majority of received funding is aimed at specific analytical output, leaving scarcely any resources for institutional development.

A grant from Think Tank Fund is crucial for further organizational and financial sustainability, which has become even more evident with the growing impact of IDFI. As there is no clear division of responsibilities, the Institute needs support to reorganize its internal structure, one of the goals of which will be to delegate part of responsibilities. 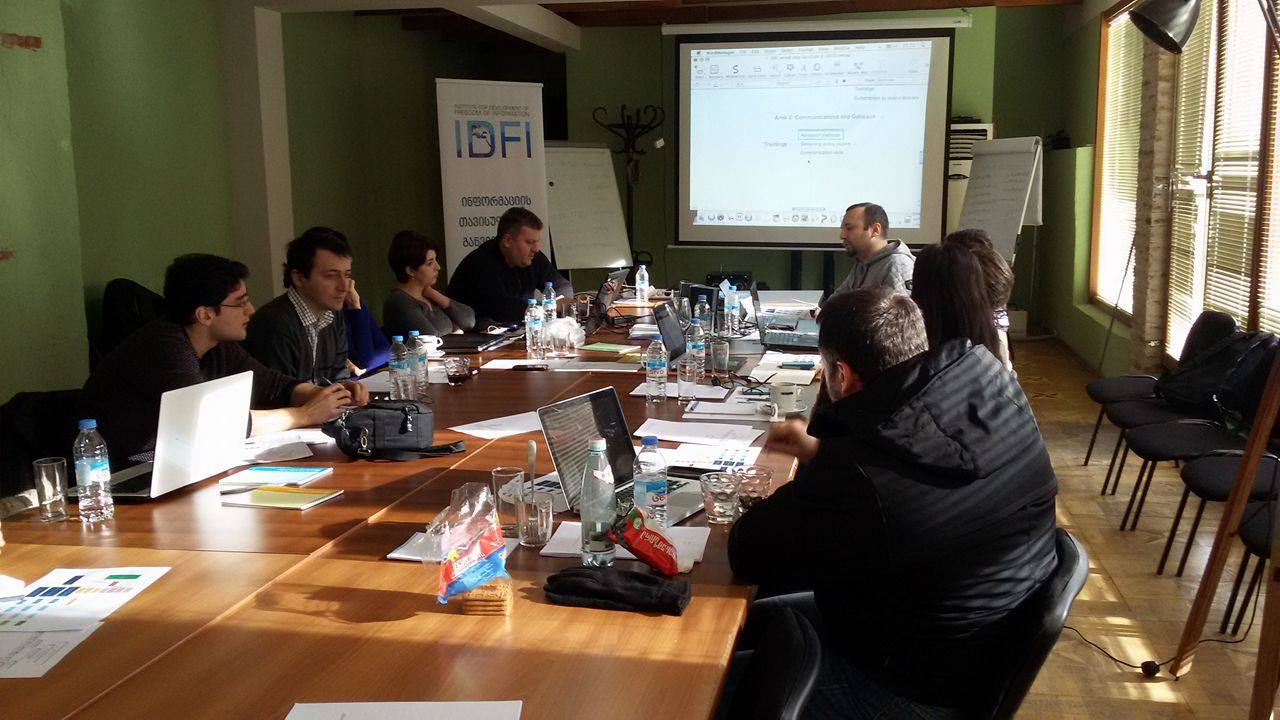 In terms of quality of research, IDFI needs long-term thematic priorities for research products, standardization of various research outputs it produces, improvement of internal quality control mechanism, and establishment of external one. Besides, the limited resources hindered IDFI from comprehensive editing of its products. Development and applying of various research methods is another challenge for think tank direction of IDFI.

During two days the representatives of IDFI discussed on best ways to develop think tank direction in the organization, and made both short-term and long-term plans. During the next two years Think Tank Fund will provide IDFI with sufficient resources in order to successfully implement the plan of organizational development.