Georgia is the OGP Chair 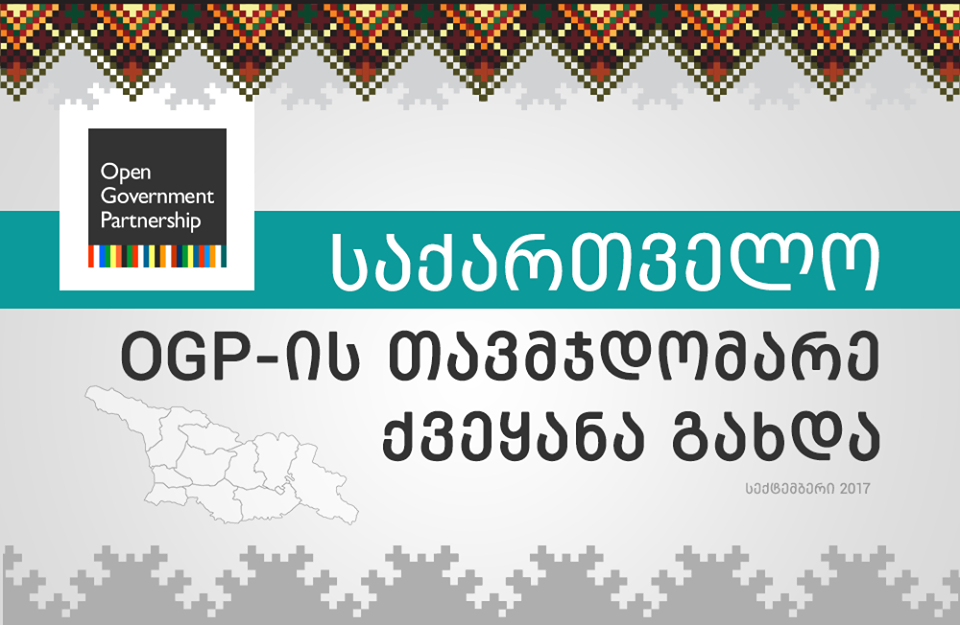 On September 19, 2017, at the 72nd Session of the UN General Assembly,the official meeting of the Open Government Partnership’s (OGP) Steering Committee took place. At the meeting, the Georgian Prime Minister Giorgi Kvirikashvili officially took over the OGP chairmanship from the French President Emmanuel Macron.

“I am deeply honored and privileged to be among the hosts of this important gathering. Speaking to you today as an incoming chair of the most powerful global movement for openness and democracy. Throughout our OGP journey we have partnered with many of you and we have followed good practices or shared our success stories with different stakeholders. I am thrilled to witness the results of the OGP countries illustrating across the globe  openness and willingness of people to control their governments and yet we have many lessons to learn – not only from each other or the civil society organizations, but also from journalists, entrepreneursm, start ups, who have knowledge of details that matter the most to achieve excellence in good governance. Hence, I welcome all of them and we are honored to have these people participating in today’s event. Notwithstanding the success, the theme of today’s gathering is rebuilding trust in governance – an issue that requires a long term strategy to tackle. I encourage all of you to use this time to exchange collective reflections on how democracy can be reinvented. I would like to express our commitment to continue efforts of France to strengthen OGP and I would like to thank our French friends and colleagues for their efforts. Exactly a year ago, we met and discussed the vision on questions such as how do we plan for the next year to ensure that we deliver transformational impact in the lives of citizens. Ensure of cooperation and citizens’ involvement; promotion of transparency and fight against corruption; - these are the core issues that we are going to work on in the period of our chairmanship” – stated the Prime Minister. Furthermore, Giorgi Kvirikashvili remarked that as the chair of Open Government Partnership (OGP), Georgia will ensure deeper cooperation between OGP member states and will maximally promote strengthening of position of OGP and popularization of Sustainable Development Goals (SDGs).

At the meeting, the civil society was presented by Mukelani Dimba, the Executive Director of the Open Democracy Advice Center (ODAC), who, along with Georgia, was elected as a chair of the OGP.

“I would like to speak to you as an ordinary citizen would – a person that does not have an opportunity to attend such events and speak openly about the expectations he has from the government. Today, we have gathered here to discuss the best ways of rebuilding citizens’ trust towards their governments. Along with the Government of Georgia, we are planning to actively work on the aforementioned topic and we encourage OGP member states to ensure and promote implementation of Sustainable Development Goals (SDGs). We encourage the member states to elaborate their national action plans in a manner that serves implementation of good governance, improves social and econimic conditions and ensures access to justice” – stated Mukelani Dimba.

“Becoming a chair of the Open Government Partnership (OGP) is a logical outcome of our country's success. Georgia was one of the first countries to join OGP in 2011 and since then has been actively trying to implement the partnership’s values in the country's executive, legislative and local governments. I would like to congratulate the Georgian people and all organizations that are part of this process!” – said Giorgi Kldiashvili.

You can view the complete video of the Steering Committee meeting here.

Another meeting of the OGP Steering Committee was held in New York on September 20, 2017. The meeting was attended by the Governments of Canada, Chile, France and Italy.Georgian delegation consisted of Tea Tsulukiani, the Minister of Justice of Georgia and Zurab Sanikidze, the Director of the Analytical Depratment of the Ministry of Jusrice of Georgia. As for Georgian civil sector, it was represented by Giorgi Kldiashvili, the Executive Director of Institute for Development of Freedom of Information (IDFI). The Minister of Justice informed the Committee members that Georgia will host the Open Government Partnership Global Summit next summer. Furthermore, the Minister thanked France and other representatives of governments for voting for Georgia in the OGP elections. 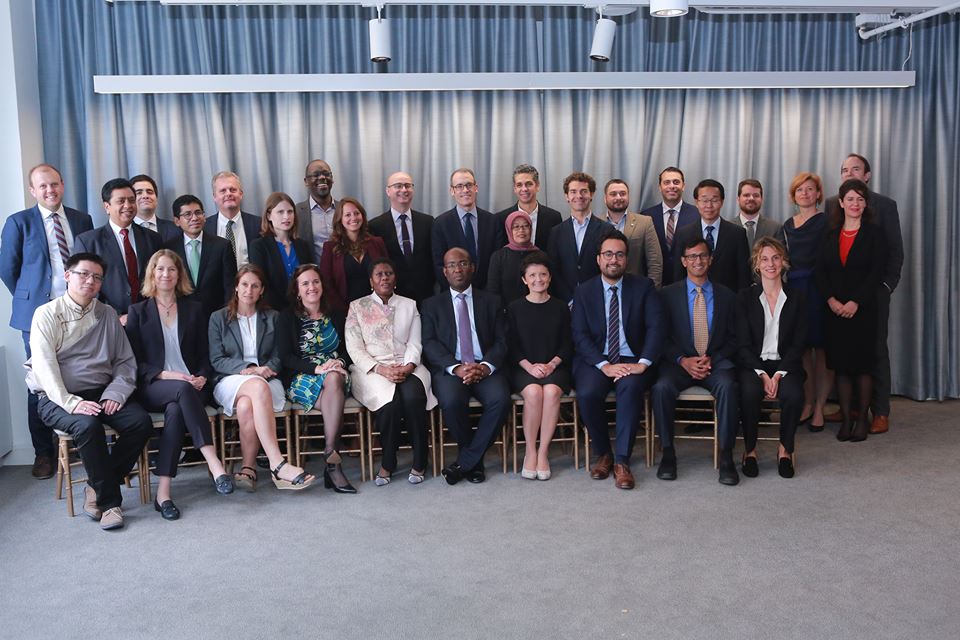 The following issues were discussed at September 20 meeting:

- Presentation of new lead co-chairs and priorities for co-chairmanship year;

Complete agenda of September 20 meeting is available at this link.