On May 14th, Akaki Tsereteli State University hosted a meeting in order to support the parliamentary transparency, openness and citizen participation within the scopes of the project - “Supporting Parliament of Georgia Involvement in Open Government Partnership”.

The project is implemented by the Institute for Development of Freedom of Information (IDFI) with the partnership of the Parliament of Georgia within the scopes of the European Union (EU) and the United Nations Development Program (UNDP) joint project "Strengthening the System of Parliamentary Democracy in Georgia".

At a meeting, representatives of the Institute for Development of Freedom of Information (IDFI) and Ms. Guguli Maghradze Member of Parliament and acting head of the Inter-Factional Group, talked with the students and professors about the importance of the Open Government Partnership and implementation of the Principles of Parliamentary Openness in Georgia.

"Open Government Partnership" (OGP) is a multilateral initiative that aims to secure concrete commitments from governments to promote transparency, empowerment of citizens, fight against corruption. Georgia is the member of "Open Government Partnership" (OGP) since 2011. In 2014, Georgia became a member of the OGP-Steering Committee. OGP has new direction of legislative openness. Legislative Openness working group (Legislative Openness Working Group, LOWG) provides specific knowledge and experience sharing according to the need. 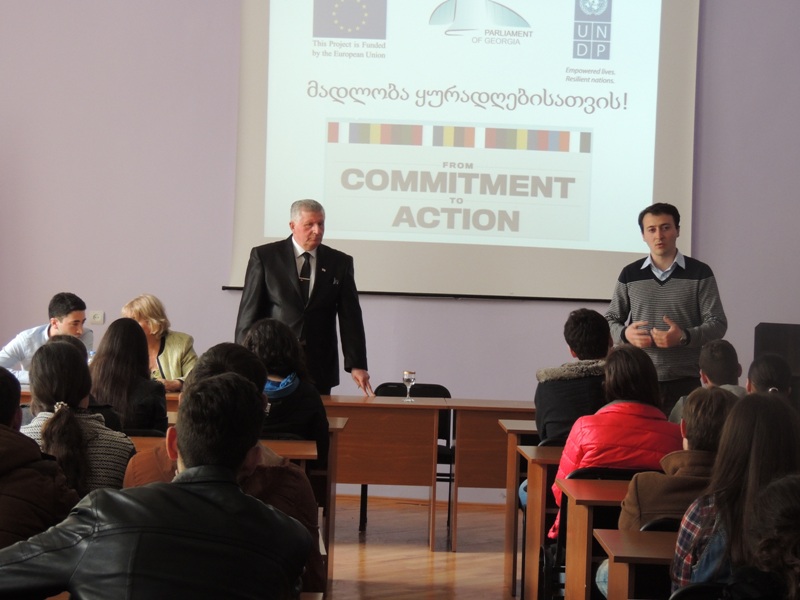 Ms. Guguli spoke to students and professors on the necessity of implementing the transparency, openness also addressed the issues such as the importance of citizen participation, transparency and access to information about the parliamentary activities, encouragement a culture of openness, the need for the possibility of receiving information about parliamentary activities in different forms, etc. She highlighted that these types of meetings support the involvement of the citizens in the Parliamentary Activities.

Representative of IDFI, Davit Maisuradze, stressed the importance of "Open Government Partnership” in improving the quality of openness in Georgia, also focused on the issues that should be considered to Open Parliament Georgia Action Plan.

Davit Maisuradze also said that the “Institute for Development of Freedom of Information" (IDFI) created Questionnaire for citizens, where they can raise issues that they want to be considered in the Open Parliament Georgia Action Plan. 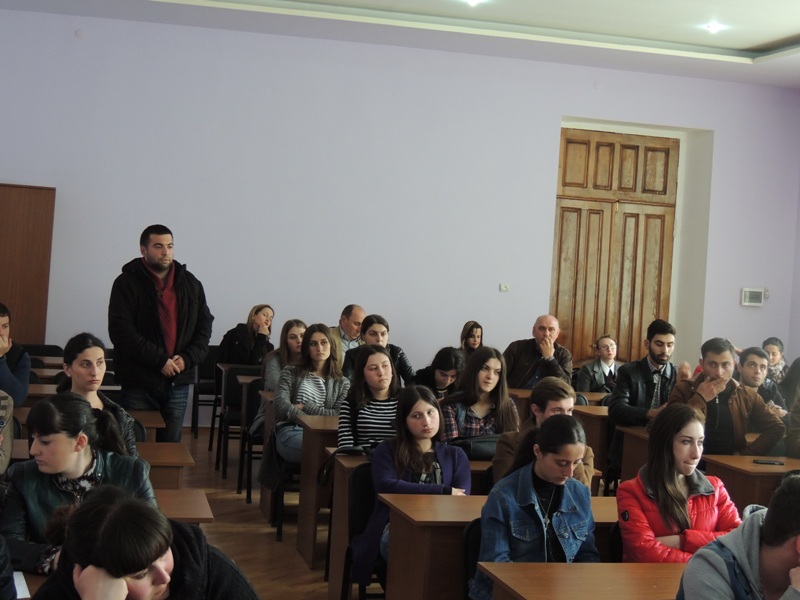 The questionnaire is distributed via social networks and the results of the questionnaire will be reviewed in the Open Parliament Georgia Working Group, composed of the representatives of international and non-governmental organizations and members of the Parliament.

Moreover, current and already implemented events were also discussed on the meeting. Students and professors expressed their opinions about important issues and expressed their recommendations, which they want to be implemented in the Open Parliament Georgia Action Plan.

In the end of the meeting representatives of the university and the guests agreed to organize same type of meetings in the future as well.