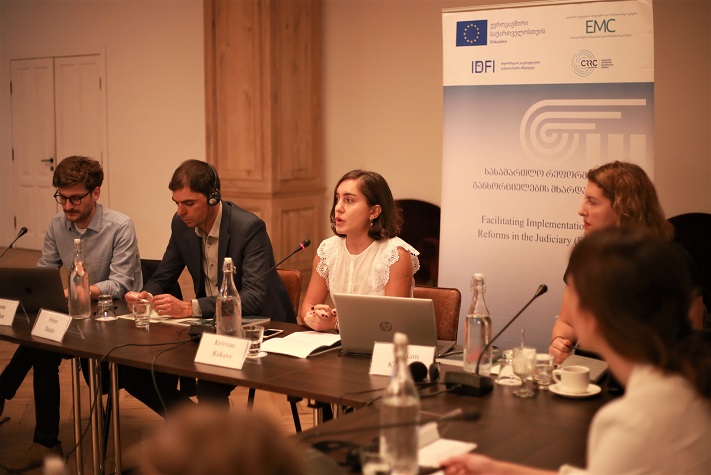 On July 22, 2020 “Institute for Development of Freedom of Information (IDFI)” in collaboration with “Human Rights Education and Monitoring (EMC)” and “Caucasus Research Resource Center (CRRC)”, held the closing ceremony of the EU-funded project “Facilitating Implementation of Reforms in the Judiciary (FAIR)”.  The concluding event featured a presentation of three recent studies under the project, assessing the state of implementation of the judicial action plan, the functioning of electronic system of case distribution in courts and access to justice.

Event participants were welcomed by Ketevan Kukava, the head of the Rule of Law direction of IDFI, Guram Imnadze - Director of Democracy and Justice Programme of EMC, Peter Danis – Manager of Justice for All Programme, European Union Delegation to Georgia and Mariam Kobaladze, the Researcher of the Caucasus Research Resource Center (CRRC).

“Over the last two years, we have been working on promoting the reform of the justice system, and we hope that the efforts of these three organizations will lead to some positive changes. We are all aware that despite the recent reforms, significant shortcomings and challenges remain in the judiciary, which shows the urgent need to continue the reforms” – noted Ketevan Kukava.

The Institute for Development of Freedom of Information (IDFI) in collaboration with the Human Rights Education and Monitoring (EMC) prepared the second shadow report – “Implementation of the Judicial Strategy and the Action Plan”. Regrettably, the Action Plan for 2019-2020 has not yet been approved yet by the High Council of Justice. Therefore, the presented report reassesses the state of implementation of the activities envisaged by the Action Plan 2017-2018, which were not fulfilled or were partially fulfilled in the previous reporting period. The document also discusses four waves of judicial reform in order to create a unified picture of ongoing justice reforms and identify the challenges that remain unresolved.

The second report on “Electronic System of Case Distribution in Courts”analyzes how the electronic distribution of cases works in practice, how comprehensive the rules of case distribution are, and what trends are shown by the statistical data in this regard. 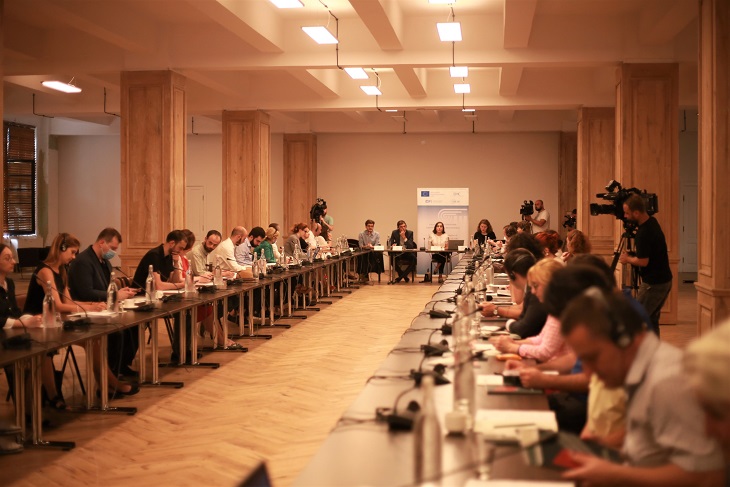 The Caucasus Research Resource Center (CRRC) in collaboration with the Human Rights Education and Monitoring (EMC) and the Institute for Development of Freedom of Information (IDFI) prepared the report “Access to courts, public opinion survey results”.

The objective of the EU funded two-year project is to support real reforms of the judicial system through monitoring, evidence-based advocacy, strengthening of individual judges and promotion of dialogue with them. The project also aims to increase the involvement of community groups in the reforms process of the judiciary through awareness-raising and mobilization.