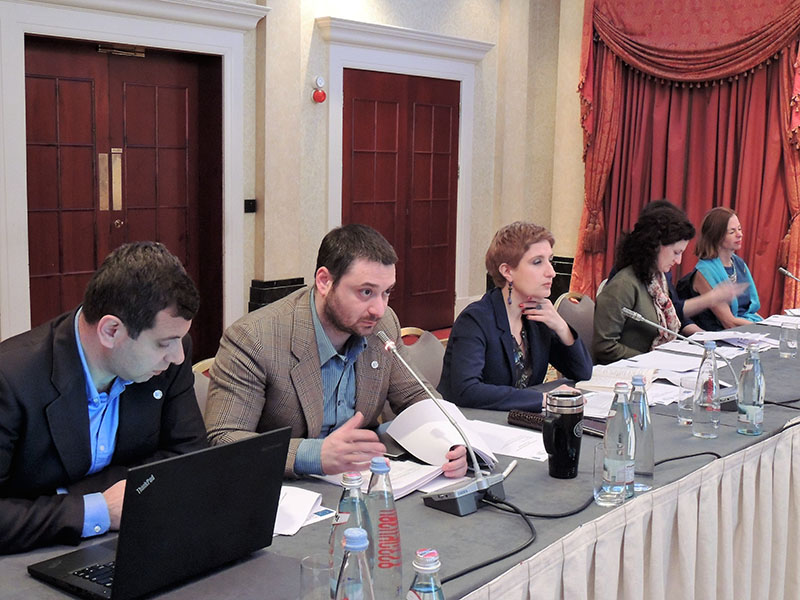 On March 14, 2017, in Hotel “Tbilisi Marriot”, IDFI organized meeting of the Permanent Parliamentary Council on Open and Transparent Governance and the Consultative Group.  The aim of the meeting was to discuss the recommendations on commitments that shall be included in the Open Parliament Georgia 2017-2018 Action Plan.

Meeting was attended by the Council member MPs, Staff members of the Parliament, civil society representatives and international organizations.

The meeting was held within the scope of the Project titled Strengthening the System of Parliamentary Democracy in Georgia, which is funded by the European Union and implemented by the United Nations Development Programme (UNDP) in cooperation with the Institute for Development of Freedom of Information (IDFI).

Opening remarks were made by Irina Pruidze, the Chairperson of the Council, Sophie Huet-Guerriche, representative of the European Union Delegation in Georgia and Giorgi Kldiashvili, Director of the Institute for Development of Freedom of Information (IDFI).

In her opening speech Sophie Huet-Guerriche reaffirmed that European Union welcomes establishment of parliamentary openness within the framework of the Open Government Partnership initiative and underlined that election of Georgia as a chair of the Open Government Partnership represents big challenge for Georgia. Ms. Huet-Guerriche confirmed that European Union supports the Parliament of Georgia and the Permanent Council on Open and Transparent Governance in development of parliamentary openness in Georgia.

During the meeting, the Consultative Group member organizations presented recommendations concerning Open Parliament Georgia 2017-2018 Action Plan. Transparency International – Georgia presented the following recommendations: Commitment to indicate causes of honorable absence of the plenary and committee sessions by the MPs on the website of the Parliament of Georgia, commitment to post stenographic records of committee hearings and other. 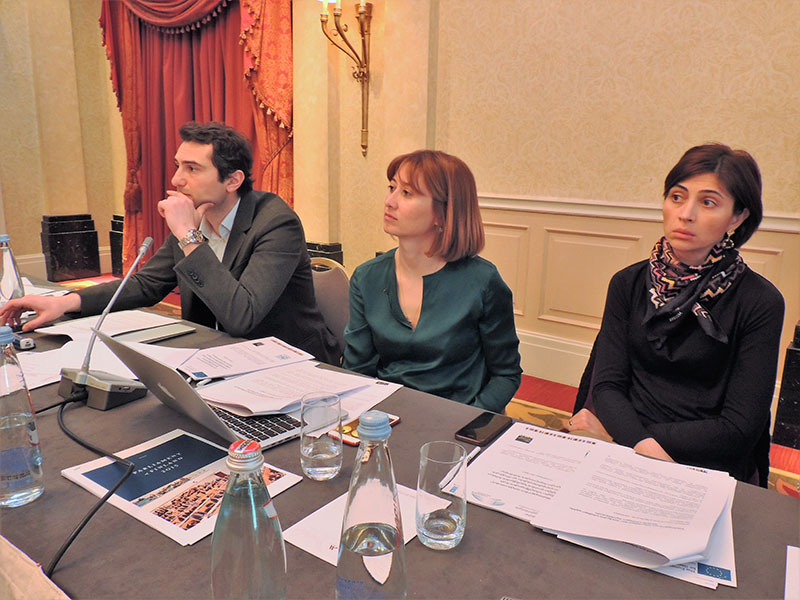 Georgia’s Young Lawyers Association presented 7 commitments. The aim of the aforementioned commitments is to increase transparency of the Parliament, provide citizens with more information and raise public awareness.

The Institute for Development of Freedom of Information (IDFI) presented the following recommendations: Elaboration of feedback mechanism for comments left on draft laws,elaboration of a public information reports (so called “10 December Report”) monitoring system, elaboration of a public petition system and other.  Levan Avalishvili, the Chairperson of IDFI, underlined the importance of placement of stenographic records on the website of the Parliament and cited as an example the website of the Parliament of Canada, which is discussed in the Research prepared by IDFI.

As for the feedback mechanism for comments left on draft laws, the attendees of the meeting agreed that the comments left by citizens on draft laws shall be processed by the Staff of the Parliament and then submitted to the Members of the Parliament. Furthermore, the participants of the meeting agreed that it is desirable to conduct a research on best international practices in order to develop the feedback mechanism. 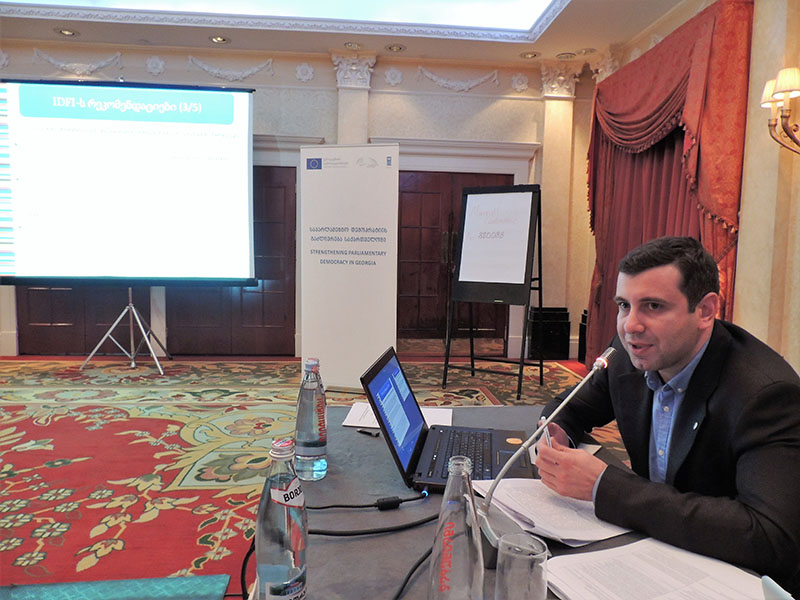 At the meeting of the Permanent Parliamentary Council on Open and Transparent Governance and the Consultative Group the issues related to adaptation and improvement of accessibility of services of the Parliamentary building (Tbilisi) for people with disabilities were discussed. Moreover, Rusudan Tushuri, the representative of the United Nations Development Program (UNDP), cited an example of the National Agency of Public Registry, which is already working on adaptation of its services for the needs of people with disabilities. Consideration of the aforementioned example will significantly contribute to fulfillment of the commitments undertaken by the Parliament of Georgia.

The attendees of the meeting also agreed that the commitments and their indicators that shall be included in the Open Parliament Georgia 2017-2018 Action Plan will be presented by the members of the Permanent Parliamentary Council on Open and Transparent Governance and the Consultative Group not later than March 28, 2017.