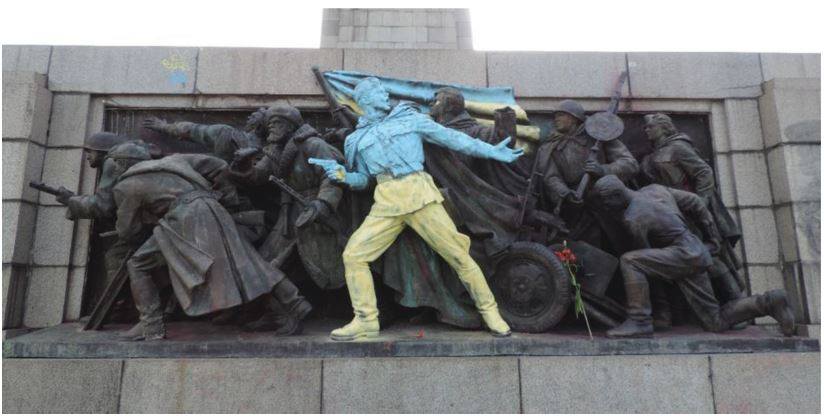 On 5-6 December 2019, with the financial support of the Open Society Institute – Budapest Foundation, the Institute for Development of Freedom of information (IDFI), within the frame of the project - Enhancing Openness of State Archives in Former Soviet Republics and Eastern Bloc Countries, financed by the Open Society Institute Budapest Foundation (OSI) held a conference on the Openness of State Archives and Memory Studies in the Former Soviet and Eastern Bloc Countries in Tbilisi. Up to 30 researchers, historians, and the representatives of civil society from all over the world participated in the conference.

IDFI wrote a few articles about the results of the conference and the speeches/presentations made during the event. However, we asked our partners to provide more detailed information about their theses and most of them sent a brief summary of their topics.

The Institute for Development of Freedom of Information (IDFI) presents the compilation of 26 brief articles about the Soviet past, national memories and the openness of state archives. The topics of the compilation varyand includes experiences from different countries:

- Personal stories of the clergy of the Bulgarian Orthodox Church recruited by the local Central Committee;

- The state policies related to memorials after the collapse of the Soviet Union;

- The involvement of journalists in the research of KGB archives for making history of the 70 years popular among the broader public;

- The experience of Latvia in opening the archives, which was preceded by the lengthy discussion. After the decision was made, the national consensus was achieved and the former KGB archives were fully opened, which was an unprecedented decision in the post-Soviet space;

- What kind of memory politics Georgia has implemented after 1991 and how it relates to the other post-Soviet countries.

The represented researchers are the leading specialists of the respective field in their countries as well as globally. They have been working on the issues related to historiography and memory studies for years. In this direction, they have created numerous articles, carried out researches and implemented projects and activities. Most of them teach at the top-ranking public and private universities and work on researches at leading institutions.

Mischa Gabowitsch, Einstein Forum, Potsdam, Germany: “The most spectacular, and most tragic, act of destruction of a Soviet war memorial took place on December 19, 2009, in Georgia. As part of the decentralization of political institutions, a new parliament was going to be built in Kutaisi, then the country’s second-biggest city. To make way for it and as a gesture of symbolic deSovietization, President Mikheil Saakashvili ordered Kutaisi’s Monument of Military Glory to be blown up. The botched detonation sent debris of the 40 meter reinforced steel structure flying hundreds of meters through the air, killing a woman and her eight-year-old daughter and injuring several other people, some of them severely. Interpreting the monument as a symbol of Soviet occupation was dubious: after all it was a work by two artists from Tbilisi that used motifs from Georgian folklore to commemorate the war dead from the republic. In any case, the top-down decision to destroy it long remained exceptional, though paradoxically there were antecedents from Soviet times”.

Momchil Metodiev, the Institute for Studies of the Recent Past, Bulgaria: “The most spectacular, however, was the case of the Metropolitan for Western Europe Simeon, who remained loyal to the “canonical synod” in the 1990s, whose file consisted of 30 volumes. It became clear that in 1966, he was sent to America with the hope of becoming Bulgarian Richard Zorge. Working under cover as a priest, he was at the same time the State Security highly secret operative officer and member of the Bulgarian Communist Party. In America, with the consent of his superiors, he obtained American citizenship, which enabled him to travel easier in the world, ascending at the same time the Church hierarchy. After losing the trust of his superiors, he was recalled to Bulgaria in 1978, his passport was revoked, and he disappeared from the public life. Worried about the fate of the citizen of his country, the US ambassador requested information from the Bulgarian deputy foreign minister, and unsurprisingly, he received the answer that Church is separated from the state and Simeon’s future is Church affair. Early in 1979, the State Security officers learned with astonishment that Bishop Simeon had returned to America”.

Anna Oliinik, Center for Research on the Liberation Movement, Ukraine: “We can say that (1) the opening of the KGB archives in Ukraine through the adoption of a special law has stimulated interest toward these documents not only from historians, but also from journalists and broader public; (2) access to the KGB archives is an important element of countering misinformation related to the history of the relevant period; (3) educational program “Deconstruction. KGB Archives for Media” helps media understand the algorithms of work with archival documents and maintains interest toward these sources by publishing archival stories in a format accessible for a wide audience. The experience of such educational programs can have a positive impact on the intensification of the discussion about opening the KGB archives in the other post-Soviet countries that still keep the secrets of the USSR under lock and key.”