Comparison of Changed Practices Towards Accountability

The Statistics of Public Information Received in 2015

The responses indicating that no specific activities were conducted or that the institution did not have the information, is neither included in the indicators in the diagram below, nor in the indicator on the access to information. Therefore, in case of 307 agencies the data represent replies to 5637 FOI requests sent by the Institute.

According to the categories of public institutions, the biggest share of unanswered requests falls on state LTDs and N(N)LEs. During the reporting period, IDFI sent 28 such requests in total. Out of 28 requests, 24 were left unanswered and in two cases, the Institute received refusal note on the requested information. 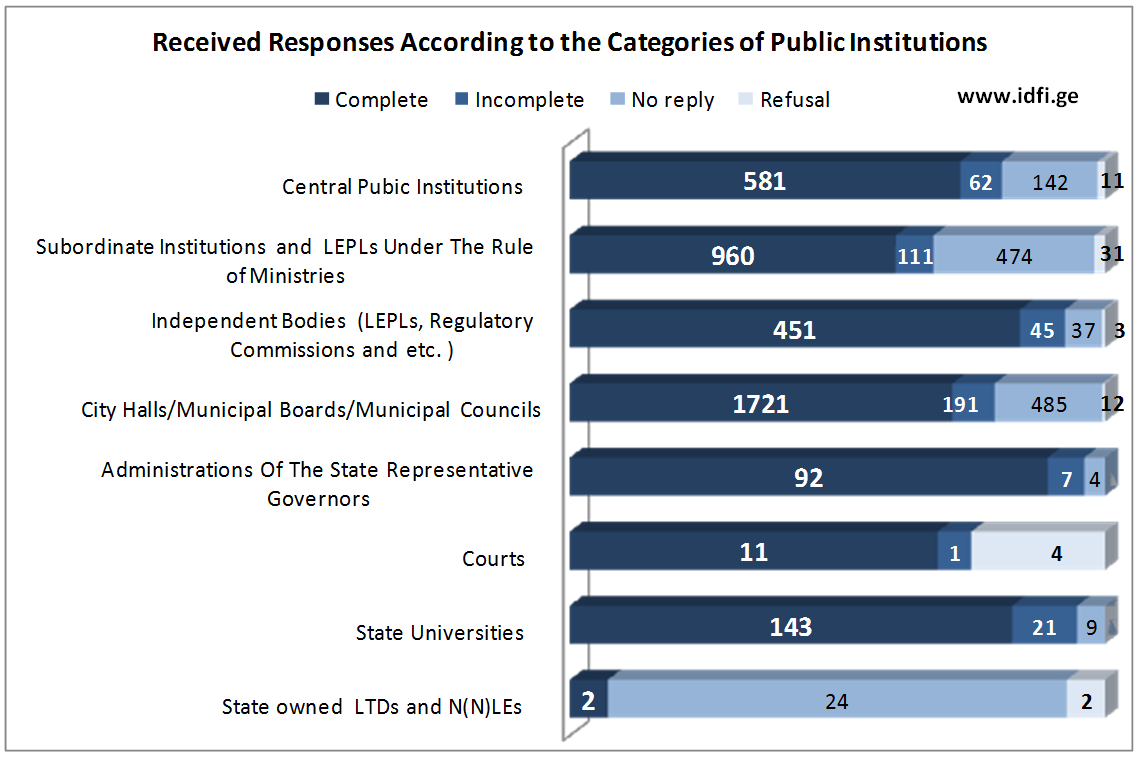 As it is mentioned above, various kinds of FOI requests were sent to the public institutions within the scopes of the project, among them were the FOI requests with standard content prepared by IDFI.

The most problematic FOI requests in 2015: 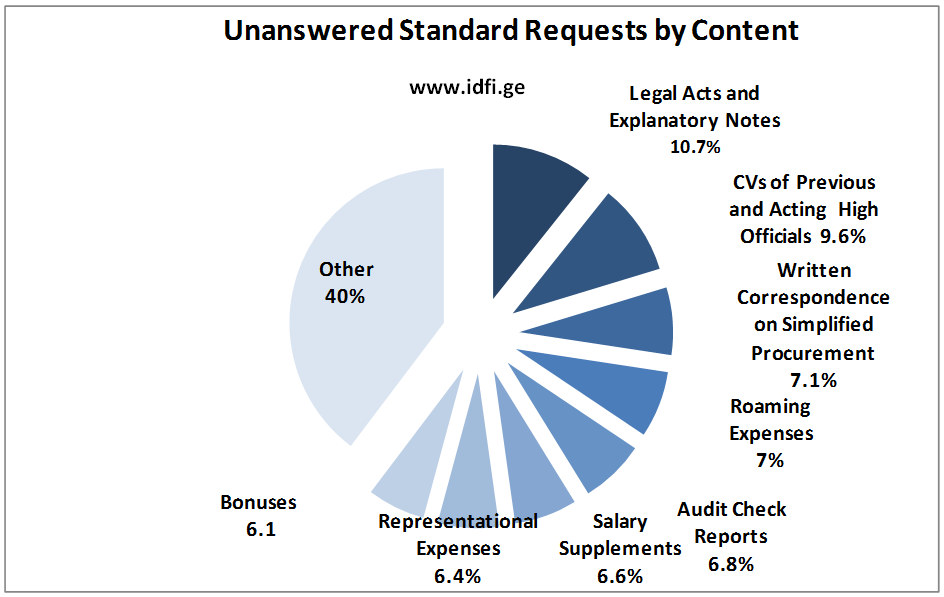 Within the scopes of the project, requests with different content were also sent to the public institutions. These FOI requests concerned the topics of high public interest or were sent due to citizen requests.

Within the framework of the project, out of 8 297 FOI requests sent to public institutions, IDFI obtained responses in 187 cases within 10 day-period. Including the unanswered requests, 10 day-period regulation was violated in 2 110 cases.

IDFI will provide the changing practices of different institutions of making public information available after October 2012. In order to make the changed practices perceivable, we will show different documentation provided for the same requests by the same institutions throughout the years.

For instance, the Ministry of Economy and Sustainable Development provided detailed information about official visits of each public official at the initial stage of political changes, on December 27th, 2012. However, in reply to the same request sent on February 12th, 2014 incomplete information (only summed up data) was provided. As for the identical request sent on March 10th, 2015, it was left without a reply.

On February 7th, 2013 the Ministry of Economy and Sustainable Development provided IDFI with detailed information about bonuses of each public official. In 2014 the reply to this request was only received upon submitting administrative appeal, and even then, the provided information was incomplete (only summed up data). In 2015, similar to the previous project, the information about bonuses was provided incompletely and only after submission of administrative appeal.